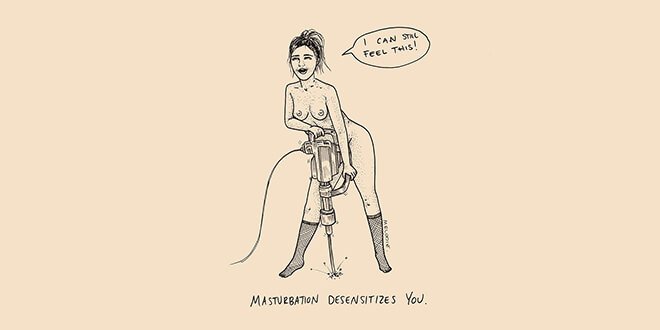 At LELO, we get asked all the time whether using a sex toy will reduce your sensitivity over time. This should be an easy one to refute. After all, if you’re ticklish, you don’t get less ticklish over time, right? There isn’t a mechanic by which interaction with the skin will cause the skin to stop responding.

The truth of this myth is exactly the opposite. Sexual stimulation increases healthy blood flow to your erogenous areas, enhancing sensitivity. While it’s true we can experience some numbness after vigorous sex, the sensations will return and over time become more intense – not less intense.

SO WHERE DOES IT COME FROM?

Like all the worst of humanity’s ideas, this one comes from 18th Century England. 1712 saw the emergence in London’s coffee houses of a pamphlet called ‘Onania,’ which by 1723 had been expanded into a book with the weighty title, ‘Onania; or, the heinous sin of self-pollution, and all its frightful consequences, in both sexes, considered, with spiritual and physical advice’.

But there’s an interesting history to this book. The author was clearly a medical and spiritual man, but their identity remained unknown until almost three hundred years later, in 2002, when a Berkeley scholar traced the author to a poorly-remembered London quack called John Marten.

Marten, it emerged, had previously been imprisoned for obscenity after releasing a frankly bizarre pamphlet about venereal diseases. The pamphlet was crazy, but it sold well. So he wrote more poorly researched nonsense anonymously, and laughed every time someone paid money for it.