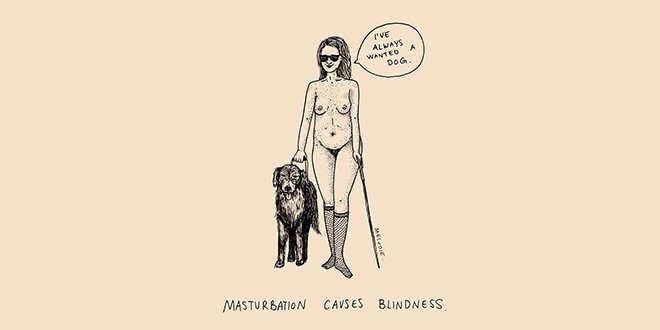 “Don’t touch that, you’ll go blind.” We’ve all heard it. But is there any truth in the idea that there’s a direct connection between your sight and your sexual senses? I mean, it’s been around so long that it seems to have acquired a truth all its own. It’s almost superstitious now.

See? The math doesn’t quite add up, does it? And that figure even takes into account the general depreciation of vision in old age. If the myth were true, we’d all have service animals.

SO WHERE DID IT COME FROM?

This was the basis of much of his anti-masturbatory work, summarised in snappy soundbites like this: “How can one be otherwise than weak, when the strength of life is constantly discharged? It is the semen alone which renders a man strong.”

Tissot’s extreme Calvinist Protestant faith had no influence on his findings, I’m sure. Especially not when he also claimed: “[sexual intercourse] with a beautiful female exhausts, less than with an ugly one.” Thanks Switzerland. We call, how you Americans say, bullsheet.