In the caves of the Palaeolithic lived those who slept with gods and spirits, the ones were neither male nor female, they would die and get reborn within their earthly existence. Today, in this shrunk world brutally stripped of its mystic essence, they are still among us and if we search for their message with the right kind of eyes, they can teach us a lot about the return to sexual innocence and bringing higher meaning back into our bed. The story of shamanic sex is that of sexual liberation, ecstasy and the return to our natural self.

Even though unjustly added a suffix that suggests ideological content, shamanism is an umbrella term for practices that are universally human. The term “shaman” itself is borrowed from the Siberian Evenki language, but shamans are present in every part of the world and are believed to have been present in all the natural societies, predating organized religion. To understand what the practice is all about, one must dissect our own situation – the one of living in a consensual, institutionally defined reality, shaped by political systems, and marked by the state of permanent and harmful separation from nature. Shamans don’t share our obsession with “objective” reality, they treat this reality not as “the reality” but “a reality” – the middle world, under which is a lower world of animals, who don’t share our reality even though our world is superimposed to theirs and shapes it (often in a cruel and unfair way). Over ours is the upper world, the world of gods and spirits whose reality we don’t share, yet it is superimposed to our own. The middleman, the one who can climb up and down the ladder that connects the realms, who speaks the language of animals, spirits, gods and demons is the shaman, and, believe it or not, the archaic social role is not in decline in the present day but is having its renaissance.

The role of sex in shamanism

The belief system of shamans is animism – the pre-religious belief in spiritual qualities of nature. To an animist, what is natural is sacred, and nothing is more natural than sex. The primary method for shamanic journey is the ecstatic, altered state of consciousness we know as trance. Sexual bliss was used in various cultures as a trance inducing tool, but the role of sex goes way deeper than that; it often had a ceremonial role and entire cults were developed to worship symbolism of sex organs and the act of their unification. Menstrual blood and semen also played an important role in magic. Finally, for its pivotal role in the cycle of life, sex is joined with death in the opposite yet complementary role.

The marriage of sex and death

“The Tibetan Book of the Dead”, a holy book of the uniquely flavoured Tibetan Buddhism, which incorporates old Himalayan shamanic practices, describes the journey of a dying soul on its way towards rebirth. As it passes through several stages, it enters Sidpa Bardo, the last stage before its rebirth into the next body. There it is exposed to karmically induced hallucinations – the typical one being the image of the passionately intertwined man and woman.

The shamanic spirit is also well preserved in the rites of the vilified Varma Marga or left-hand tantra in which multiple taboos are broken by the intercaste sex-act performed among the human remains of the cremation ground in which the initiates are instructed to visualize their sexual partner as a decaying corpse or alternatively as the dark goddess Kali who rips their body apart at the moment of orgasm.

The cult of Kali also illustrates another important aspect of the shamanic practices; the high regard for female mystical energy in the form of the divine feminine. It can come in the form of Mother Earth like Pachamama of the Incas or more erotically seducing shape like the sex-goddess Erzulie of the Voodoo.

On top of that, shamanism was often governed by women, and even if men took the roles of shamans, they very often exhibited the properties of the other gender. Generally speaking, shamans around the world displayed qualities of the third gender and transgenderism, along with the autonomy from the rules of sexual conduct. The typical example of this was the ancient Chinese matrifocal shamanic tradition in which the main role was played by a shaman called the “wu” – usually female, unbound by the rules of gender governance and sexually unrestrained.

“The techniques employed by the wu to contact supersensual forces were sometimes ascetic and at other times orgiastic; in the latter case it seems that in the beginning the wu officiated entirely naked. The wu had to have youth and fascinating beauty as preliminary qualifications for her work, and the meanings of the characters yao and miao as “queer”, “disquieting”, and “mysterious” refer to the type and qualities of the wu”, described the Italian philosopher Julius Evola in his book “The Metaphysics Of Sex”.

On top of their earthly sexual liberties, the wu were also believed to be able to freely engage in sex with the dwellers of the “Upper world”, literally not being sexually accountable by either men or gods.

After the Chinese society made a turn towards the patriarchy based on the pragmatic philosophy of Confucianism, the role of the wu was heavily suppressed. And that story repeated itself around the world; as organized religions and the process of “civilization” pushed the animistic beliefs towards the margins of the society, sexual permissiveness and the feminine principle were replaced by male power systems and strict rules of sexual conduct.

But the process is not necessarily one-way – a psychoanalyst Wilhelm Reich, who was in a way a modern shaman, saw sexual liberties as the antidote for totalitarian ideologies. From the 60s onwards there has been a strong urge to open ourselves sexually and spiritually towards a more natural existence. The world is seeing an archaic revival with shamanism making a comeback all around the world. One aspect of it is psychedelic shamanism powered by natural visionary medicines like ayahuasca, iboga, mushrooms and cacti… or even extracts or synthetic entheogens like DMT, 5-MeO-DMT, LSD and others. There is also a massive and renewed interest in paganism and various indigenous belief systems on every continent. The reason is painfully obvious; in the time of environmental and spiritual crisis we want to belong to this planet once again.

Check this out: Being Present Is a Secret to Great Lovemaking: A Guide to Meditative Sex

Miroslav is a freelance writer, journalist and a yoga teacher based in Zagreb, Croatia. He is a passionate explorer of human body, nature and social environment in both written and practical sense with a background in daily newspapers and various internet media lasting for over a decade. Sexuality, an animating force of human existence and an important part of the inner energetic circuit, has been Miroslav’s continuing interest, particularly the way it crosses path with spirituality.
@M1r04

How Long Should Sex Last? 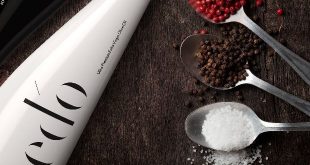 What Sex Tips have You been Practicing to Stay Sane?