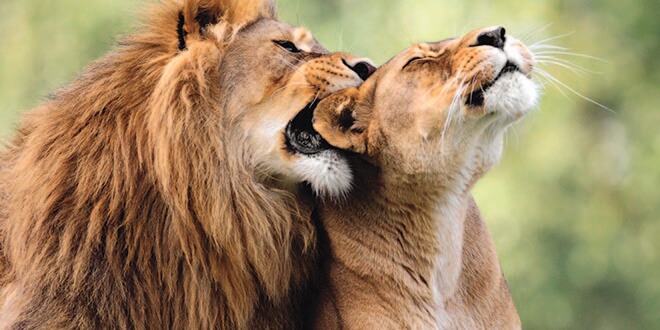 The Discovery Channel: 7 Strange Sex Habits in the Animal Kingdom

Female Hyenas have sex through their clitoris

All mammal females have a clitoris, but the hyena’s is arguably the strangest. Or not strange, special. It’d used for everything, including urination. But it even has sex through the clitoris. Are you confused? Me too. But I don’t want ‘hyena sex’ in my search history.

There’s no easy way to say this: honey bees balls explode during sex. Their penises then form a kind of plug in the queen, to prevent other bees from mating with her. Honestly, bee sex habits are fascinating.

Emperor Penguins Are Not Monogamous

The idea that penguins mate for life isn’t quite true, it comes with a provision: they will mate for life, but only if they find each other each year. But the amount of penguins who actually do find each other is only 15% of all penguins. Those that don’t find their partner will take another one.

Dolphins Have No Staying Power

A dolphin can have dozens of time a day. But they only last on average 12 seconds. To make up for that, their penises are prehensile and are often used to explore objects like a tentacle.

There’s one thing you won’t learn from Finding Nemo: clownfish can change their gender. Males will do this if the female partner dies, and then they will take a male partner.

The Argonaut Throws its Penis to its Mate

The nautilus is an octopus. Kind of. It’s weird, and so is the way it reproduces. The female of the species is many times bigger than the male, and when they want to reproduce, they detach their penis and it swims on its own to the female. As such, males only reproduce once in their life, but the females can reproduce multiple times.

There are No Male Whiptail Lizards

In the odd sex life of whiptails, it’s two females that mate. They seem to simulate sex, and this process is required to produce eggs. This means both that there no males, and they’re essentially clones.

Check this out: The 10 Weirdest Sex World Records