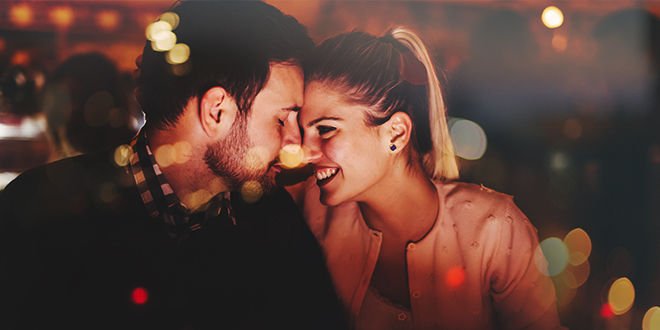 The Weird, Wild Words of Dating

Finding love in the 21st century is as confusing as ever. As if it wasn’t daunting enough, navigating sex and dating requires deciphering a whole clusterfuck of modern vocab. There’s a lot about dating that’s the same as it ever was, but with these handy terms in your back pocket, you won’t have to nod along when someone says that some guy is ‘sus’ with his ‘zombieing’ behavior. Read on to find out what those, as well as some other of these newfangled dating terms mean in our dating slang cheat sheet.

[behn-ching] (v): when you start dating someone, but you don’t know if they have bf/gf potential. Instead of deciding, you put them in your mental “maybe” folder.

“Besides totally packing downstairs, I’m not really sure he’d impress my mother. I’m benching him for now.”

[buhm-bl] (n): like Tinder, but better. The girl makes the first move.

“I met her on Bumble, so I know she’s at least somewhat interested.”

“One more shot of whiskey and I’m ready for a catch & release tonight.”

“I’m cushioning her until at least after the holidays. That shit’s expensive.”

[D-T-R] (v): stands for “define the relationship” aka everybody’s least favorite part of figuring out what the f*ck we are. It either ends great or terribly.

“I really want to DTR so I can stop stress-eating these double-stuffed oreos.”

[F-W-B] (n): stands for “friends with benefits.” Basically a fuck buddy that becomes platonic as soon as you step outside of the bedroom.

“I’m not going to be able to make it to your birthday dinner, I have a long-overdue dick appointment with my FWB.”

“In his dickpic he had a bush, but IRL he was clean-shaven”

[kit-ten-fish-ing] (v): much less sinister than “catfishing” but still implies that the representation of the person online does not match them currently in real life.

“Her profile pic must have been from NYE 2010. I honestly would not have recognized her if she didn’t say hi to me.”

“You think I’m love bombing him by asking to meet his mother on the first date?”

[sit-chu-ay-shun-ship] (n): a dilemma which could make or break a relationship.

“I know we said we would just be friends with benefits, but now I’ve caught the feels. I think I’m in a situationship.

“I saw her texting some guy at 3AM, she’s acting super sus.”

[taw-king] (v): the stage before dating, when you’re chatting more frequently and enjoying some flirtation. Still casual, but could lead somewhere.

“Sorry, I can’t make out with you tonight, I’m talking to someone new and I think I might like him.”

“She got a nice booty, she thicc.”

[thurst-trap] (n): a sexually-provocative mirror selfie captioned with a desire for world peace, looking for attention through likes/comments.

“Her lingerie selfie was a total thirst trap. She’s obsessed with male validation.”

“We’re just doing some old-fashioned tuning. The attention is great, plus he’s cute and nice.”

[uhn-kuff-ing] (v): well “cuffing season” is finding a significant other in time for the holidays so you don’t feel lonely. ‘Uncuffing’ is when one or both parties take off their snow goggles and decides to move on.

“We both agreed it’s time to uncuff so we can find booty calls before Valentine’s Day.”

[zohm-bee-ing] (v): when the person who ghosted you reaches out to you randomly.

“Did this dude seriously just send me a “U up?” text?! We haven’t spoken since the night we drunkenly hooked up. I’m being zombied.”