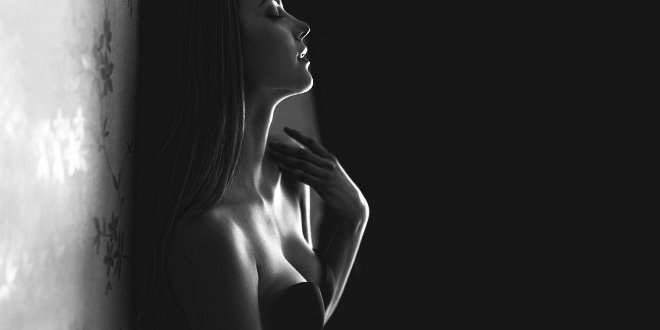 It may surprise some, but just as there are hundreds of sex positions for coupled sex, there is more than one position for solo sex as well. Some women began self-pleasuring at a young age, and may be used to grinding against things, while some who became familiar with the concept of masturbation before the practice may have had one particular concept of how it’s done (lying back on the bed, or in the shower, for example). Whether that has worked for you or not, it can be good to switch up from your usual stimulation to explore new sensations.

Sexual desire is something that a whole lot of us stress about. Do we have too much? Not enough? Levels of sexual desire can depend on a slew of things, and we often talk about certain foods or vitamins that can boost our libido, but we don’t often talk about WHY our libidos can vary so much, and what we can do to put ourselves in the mood.

Dr. Emily Nagoski, (holder of a Ph.D. in Health Behavior with a doctoral concentration in human sexuality, author of the book Come as You Are, amongst other books) has posited that our sex drive is not the purely linear ‘high sex drive or low sex drive’ model that we once thought. Rather, we have varying levels of spontaneous and responsive desire. Spontaneous desire is the desire or need to have sex that we feel seemingly ‘out of the blue,’ and it feels like a hunger that needs to be satiated. Responsive desire, which many people may mistake for low desire, means that you’re more likely experience erotic desire in a sexy context, so often after sexual activity has started to occur.

Even orgasm-veterans can fall into the habit of only indulging in one kind of stimulation. Maybe clitoral stimulation on its own has worked for you (or maybe it hasn’t) but why not switch it up? When you’re taking time to yourself, truly left to your own devices (whether it’s your own two hands or a G-spot vibrator) why not explore the fantastic feelings of touching other parts of your body? Even if you can’t climax from G-spot stimulation, that doesn’t mean you might not like penetration. Maybe what’s missing is the feeling of having your nipple stimulated, or fingers on your inner thigh. Blended orgasms are a type of orgasm that involve stimulating different erogenous zones at one time, and twice the sensation equals twice the pleasure!