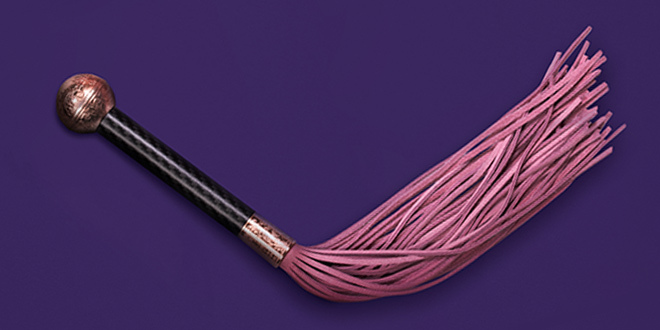 Inside The Fascinating World of Flogging

And now that that’s out of the way, let’s take a closer look into the fascinating world of flogging.

The History of Flogging

For context purposes, flogging for sexual pleasure is, of course, not the only form of flogging. And back in 1530, the Whipping Act was brought about in England which allowed for the whipping of thieves, blasphemers, poachers, and those who committed a crime or an offense, as well as those who were deemed ‘insane’.

Interestingly, In 1639, German physician Johann Heinrich Meibom took a different stance on flogging, and claimed that flogging a man’s back warms the semen in his kidneys, leading to sexual arousal.

Then, during the 19th century, the imprisonment system came about, an alternative to corporal punishment for crimes and misdeamours, with the exception of a few violent crimes committed.

As for the rest of the world, corporal punishment was used in various other locations, some up until and beyond World War II, and whipping became a huge symbol of slavery. Today, this practice is illegal in many countries worldwide, but still not completely banned in others.

But let’s not ruin the mood with the disturbing practices of the past, and move swiftly along to the form of flogging that is enjoyed by many.

When it comes to flogging for sexual pleasure, it’s much more than using a prop to inflict consensual pain on another. There are many different devices, techniques, and rituals attached to this practice.

An impact to the body can produce an array of different sensations, with the two main ones being a sting or a thud.

One does not simply go out and buy a flogger of any kind to experience this practice. A lot of thought and research needs to go into the buying process so that the right kind of material is used. A beginner, for example, would be advised to use a certain type of material whereas the more advanced have some freedom to pick and choose according to their needs and cravings.

The Best Flogging Material for Beginners

Choosing a suede flogger is a good choice for beginners, and has the ability to give off a stinging sensation. It dances smoothly against the skin and is a sexy stroke for different degrees of intensity.

How to Use a Flogger

The preferred, and arguably the correct way to use a flogger, is to strike an area of a person’s back or buttocks using accuracy and precision. Others prefer strikes to the breasts, genitals, lower legs, and arms.

The flogger should have both feet firmly on the ground with a straight up posture, raising their hand and striking downwards on the desired spot. For some, holding the tails of the flogger in the other hand, and releasing just before impact, is favoured.

To build up suspense and sexual tension, strike one spot repeatedly, then move to a new spot.

How Not to Use a Flogger

While engaging in this practice, avoid leaning forward, twisting the body, turning your wrists, or reaching with the shoulders.

It’s also very important not to strike at the kidney area, or to have the tails of the flogger wrap around any part of the receiver’s body. Also, avoid the face, head, neck, fingers, toes, or healing skin.

The Psychology of Flogging

And despite the fact that both men and women have a tendency to enjoy this kind of activity, it’s been said that the taste for sadomasochism develops earlier in men than women. In fact, Genevan philosopher Jean-Jacques Rousseau, wrote of the sexual pleasure he derived from childhood spankings in his biography, Confessions (1782).

Freud also had his opinions on sadomasochism, saying that pain during sex is “the most common and important of all perversions.” He too attributed one’s lust for giving or receiving pain for sexual stimulation to experiencing abnormal psychological development in early childhood.

Another explanation for those who have a masochistic tendency could be the release of responsibility, or a way in which to escape to a more infantile state of dependency and safety which could translate to intimacy. They might revel in the approval received from the sadist.

But, at the end of the day, it’s been said that all humans have a tendency to engage in sadism or masochism in one form or another. In a relationship, for example, one partner may be more attached than the other. This dynamic is merely a different way to fulfill these roles.

So, whether you live the lifestyle 24/7 or you find yourself having these tendencies, it’s nothing to be ashamed of. It can be a passionate and fun way to express oneself with a trusted partner. Above all else in this lifestyle however, is respect.