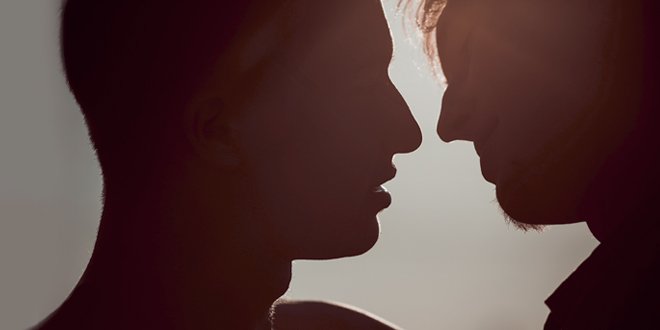 We get a lot of feedback from our wonderful readers, and as June is Pride month, we are going to be tackling some of the questions we’ve received from our LELO fans in the LGBTQ community.

I’ve been a big fan of your products and blog for a few years, but I wondered if you had some advice about something that you don’t usually cover. I’ve always been in relationships with women (I’m a guy) but I suppose I’ve always known I had something of an attraction to men as well. I’m turning 50 and maybe it’s a mid-life crisis but after my last (10-year) relationship ended recently, I realized this might be my last chance to explore my curiosity. The problem is, I don’t really know how to go about it. I feel intimidated going to a gay bar by myself because I’m not exactly as young and muscular as I used to be, plus I know most people experiment with their sexuality when they’re in their 20s. Have I missed the boat?

Firstly, we want to say congratulations on taking the first step on a new journey in your life! There’s no time ‘too late’ to explore new loves and pleasures (in our opinion anyway.)

A little about Bisexuality

Bisexuality, for some reason, seems to be slightly more complicated for people to understand that you’d think. It doesn’t mean you’re 50% attracted to men and 50% attracted to women. It means you’re 100% bisexual, and can fall anywhere along that spectrum. And, as a second point, that doesn’t necessarily mean you’ve had relationships with both; merely had the attraction. This is where a lot of negativity around bisexuality seems to arise.

Although it is common for some people to come out as bisexual before they come out as gay, there are some in the community who believe  believe that bisexuality isn’t real; rather that the person claiming to be bisexual is either afraid to come out as gay, or that they are trying to be ‘unique’ or get attention, or they’re simply greedy. Bisexuals, because they fall somewhere in the middle of the spectrum, sometimes find it hard to relate to both the straight and gay community, but luckily times are changing.

Now, we know that bisexuality is real, but in terms of the percentage of the population is bisexual (or identify as bisexual) it is extremely hard to measure. However, you can know, if you are bisexual, you’re not alone.

Aside from looking for support online, you can also use it as a tool to meet people if you’re shy about showing up at a gay bar by yourself. That doesn’t have to mean looking at the MseekingM section in the classifieds, but checking out different communities that are more welcoming to the LGBTQI community, such as Fetlife or Alt.com This can be a low pressure way to talk to other people and, importantly, get comfortable with the fact that it isn’t too different from any other community. Of course, the hookup app du jour for men seeking other men is Grindr, which allows you to chat with people before meeting up.

Do be aware that it can be a bit hook up focused, as opposed to dating. Generally, most dating sites allow you to list various sexual preferences so you can find people you’re attracted to that way. Ultimately, it is up to you if you’d like to test out the physical, intimate, or combination of both. Discussing your situation and boundaries upfront can save you in navigating new experiences. Which leads us to the next section…

While you’re interacting with new people, you should be clear about your intentions, which means figuring out what they are yourself. Are you only interested in physical experimentation or more? A date, or a relationship? That can be subject to change, of course, but you need to be honest with people beforehand. Some won’t be interested in someone that’s experimenting, and some will be. Some might even think you’re using it as a line, and some might be eager to meet with you just because it would be your first time.

Just because you’re going to be going on dates with someone of the same gender doesn’t mean that it’s going to be wildly different than the dating you’ve done before; you can trust your judgement when chatting with people to know if they’re on the up and up. And don’t be tempted to act differently from how you usually would just because you and the person opposite have genitalia in common.

Everyone’s situation is different, and some people live in less tolerant places than others, but the most recent polls put over half of the American public in support of marriage equality. Still, you may feel like there’s no way any of your friends would understand, or that you shouldn’t share it with anyone unless you’re ‘sure,’ but people, especially your closest friends can surprise you.

It will likely spark some questions (‘when did you know?’ ‘Are you in love with me?’) but the point is to have someone you can discuss this with, for heavy conversations, and even just sharing when you’ve met someone you like or want to laugh about a terrible date you had.

If you’re ready to tell your social circles, remember to allow them time to process. This was just as new to you at some point as it will be to them. It’s always good to prepare for the worst in case things don’t go as planned, but again, ultimately you know the right decision for you and the people around you.

You’re never too old for love and exploration, but when was the last time you brushed up on correct sexual health practices? Anyone who has been out of the dating game for a while can forget about the basic practices that keep us happy and healthy.

That means going and getting an STI check before you go start having sex with new people (because some STIs can remain symptomless) and using a barrier protection method during sex. That goes for guys and ladies both! Your sexual health checkups are no different than your other annual checkups, especially because they can directly affect other people! Even if something comes up positive, it’s not always a big deal. Take care of it and continue on with your sexual exploration.

If you’re concerned about doing something wrong or not knowing what to expect, that’s part of the reason why being upfront about your inexperience helps you. As much as some people won’t be interested in you if you’re looking to experiment at an older age, there will be a ton of people who are interested in taking you under their wing, so to speak.

Remember, the people that you’re meeting have also been in your shoes! Let people know it’s your first time, and any good lover will offer direction for what they enjoy.

Go With the Flow

Our sexual identities and interests can change and adapt to new experiences, so it’s possible you might end up somewhere that you didn’t expect when first set out.

If you’ve had any sort of long-held fantasy that you haven’t been able to experience before, it’s easy to build it up in your mind. The fact is, maybe once you do get a chance to fulfill it, it just might not be as life changing as you think it will be. And that’s fine! It won’t ever be exactly as you imagine it will be, but that doesn’t mean you can’t enjoy it (or not enjoy it) for what it is. And hey, maybe you just won’t know until you try.

Good luck, and let us know how you fare!