The 5 Sexiest Ways to Put a Condom on Your Partner

Below, we list some tips and tricks for making putting a condom on a sexy part of foreplay rather than inconvenient chore-play. 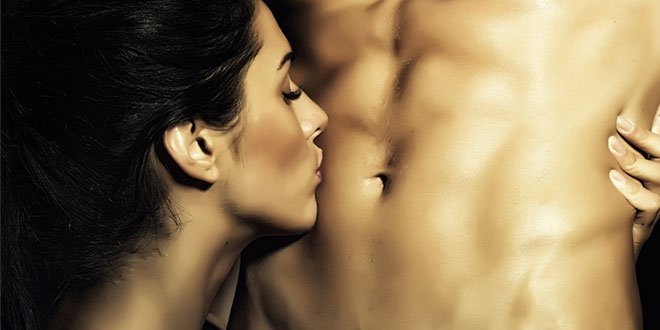 It’s important with all of these methods to use basic condom common sense: never use your teeth or scissors to open the package and leave room in the tip when rolling it on to prevent breakage.

Your hands are wonderful, tactile tools that can completely control sensation when you vary the pressure of your touch. While behind or facing your partner, you can use interlocking fingers to mimic the sensation of a slow, intense penetration as if you were giving a hand job. Your top hand should pinch the top of the condom at the tip of the penis with thumb and forefinger, while the other hand rolls the condom down and strokes the shaft. (Watch those nails though.)

There are very few among us who would say no to oral sex (at least, according to our surveys) and this hands-free method capitalizes on that. Unroll the condom enough to create room at the tip, then gently place it on your lips as they make an O shape. Let your tongue gently support the middle of the condom as you use your lips to push the edges of the condom downward.

This is an advanced technique, so it can pay to start using this when setting a more playful, ‘let’s try something silly’ mood. If it’s really proving difficult to unroll the condom, you can also put your thumb and forefinger in front of your lips and use them to unroll the condom while your mouth ‘follows’ to mimic the sensation.

3. Keep Them Close to Your Heart

The chest can be an area of intense erogenous stimulation as well as visually exciting for your partner, so why not incorporate your form into function? Using your wrists to push your breasts together, make sure your hands meet at your cleavage so one hand can hold the tip of the condom while the other supports the ring to unroll it over your partner as they thrust (slowly and gently!) between them.

This is a technique best paired with your favorite on-top sex position, but it also requires a little skill and a lot of control. (May we suggest restraining your partner with cuffs?) 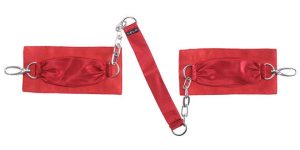 With your partner lying on their back, roll enough of the condom over their tip to keep it secure. Then, slowly insert the tip and (using hands to guide as necessary) slowly push yourself onto them until the condom is completely unrolled. To intensify the teasing, pause between ever inch you move downward while stimulating your own erogenous areas with a small handheld massager.

5. Let Your Partner Show you How

If you’re really unsure whether your prophylactic prowess is up to trying some of these methods, you can always let your partner take the lead. They can guide your hands with the exact sensation and pressure they like to ‘show you’ how to put the condom on. A little bit of ‘innocence’ play can be a fun part of many types of Dominance and submission play!

Going The Distance: How Can Men Last Longer in Bed?

Why Do Men Send Dick Pics?

Swipe Your V-Card with No Regrets 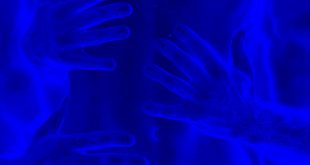 Why Is Cuckolding a Popular Fantasy