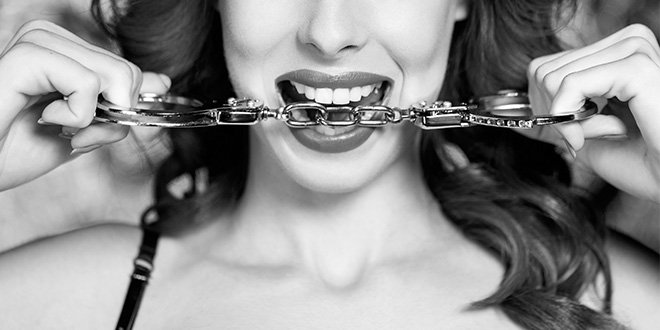 Get Tied Down: An Illustrated Guide to the Top 5 Handcuffed Sex Positions

Are you an adventurous soul that craves excitement? Or are you possibly feeling the full effects of boredom in the bedroom? Great! Because now is the perfect time to go on a sexual journey. Discovering and trying new things to spice up your sex life is always a good idea!

And experiencing handcuffed sex is a thrill that’s hard to compare. Imagine going on the world’s most exhilarating rollercoaster ride while having 100 percent peace of mind that it’ll be completely safe and mind-blowing. No if’s and no but’s.

That is, in short, the invigorating feeling that comes about during handcuffed sex. So, let’s go where not many people dare to… the wonderful world of bondage.

What is Bondage Play?

Why Are People Turned on By Bondage Play?

Oftimes, this power dynamic is known as a dominant and a submissive or slave. But what is so appealing for either of these roles?

For dominants: The idea of controlling another person’s body as well as their mind is what drives dominants. Despite the control aspect, the dominant is responsible of taking care of their sub/slave’s pleasure and well-being before, during, and after play time.

For submissives or slaves: The idea of giving up full control and being ‘helpless’ can be a huge turn on for some. They submit themselves fully to their dominant, and experience a slew of sexual acts and commands (that they’ve given consent to) such as edging, forced orgasms, chastity, and more.

But in a huge plot twist, it is actually the sub or slave that has all the power. This is because it is their consent that controls what the dominant will or won’t do (along with a safe word).

What Sex Toys & Equipment can Be Used for Bondage Play?

If you’re new to the world of bondage, you may think that it’s a fairly straightforward act that requires a pair of handcuffs attached to a bedpost.

But in actuality, there are a number of toys and props can that be used to restrain someone.

So, now that you have Bondage 101 covered, here’s a sexy illustrated guide to the top five handcuffed sex positions for those interested in spreading (or rather, restraining) their wings in the bedroom. 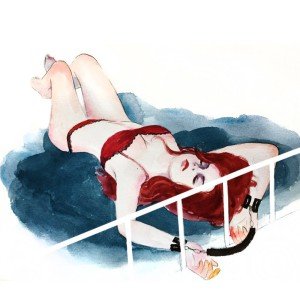 Perhaps the most commonly-known position when it comes to handcuffs – it’s an oldie but a goodie. To do this, grab a pair of cuffs and apply one to each wrist. Then, attach them to your headboard, (if possible) or any other sturdy object, in such a way that the hands are positioned above the head.

The one who is handcuffed can either be on their back to allow for missionary sex, or they can be on their stomach, prompting doggy style.

This means full access to the front or the back of the body, creating a sense of vulnerability for the cuffed.

Important to note: When someone’s arms are placed above their head, it can cause circulation problems after a while. Be sure that the cuffs are not too tight while in this position.

2. Bend It for Bondage

If you thought lying on a bed with raised hands cuffed to a bedpost was intriguing or sexy, this position will probably have you gasping out of curiosity.

It all begins by using a spreader bar on the ankles while in a standing position. Then, lean forward and cuff the wrists to the spreader bar. In this position, he or she is ready and vulnerable for whatever pleasure comes their way.

For the one in bondage, both their wrists and ankles are restrained in such a way that their balance could be compromised. This, in turn, gives them even less mobility than simply being handcuffed to the bed, making them almost entirely reliant on their dominant.

For the dominant, an excellent view of their partner is given in this position, as the cuffed partner is bent forward. And, it gives them even more power, as without their firm hands to provide stability, their partner may not be able to stay balanced.

Take note that, for this position to work, one would need quite a bit of flexibility. 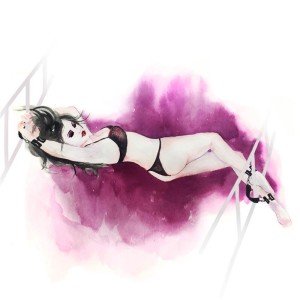 This bondage position is commonly known as the Spread Eagle. And If you (or your partner) want to be completely at the mercy of another for intense pleasure, then this delectable position may just be perfect for you.

To do this, add a pair of restraints to the ankles in conjunction with restrains to the wrists. Both restraints can then be looped through a bedpost or attached to a firm object so that the body appears in an X shape.

To create an even more intense bout of fun, a blindfold and earplugs can used so that the only (heightened) sense they experience, will be touch.

4. From Bottom to Top

The best part about this position, is the ability for partners to experience different roles. So, for those who are usually (more) dominant – they can be given a little taste of what it’s like to be slightly submissive (and vice versa). And, as they say, variety is the spice of life!

For this position, one partner will have their hands cuffed together without being attached to a bedpost or object. In this way, their hands are able to move freely, yet are confined together.

Then, the cuffed partner can place their arms around the neck of their dominant so that the chain of the handcuffs creates pressure around his or her neck.

It’s the perfect opportunity to try different power plays between partners, and it’s also a great position for those who consider themselves to be a “switch” (one that can go either dominant or submissive).

It’s also alluring because it allows the one who is cuffed to pull their partner closer for passionate kisses (or nibbles) on the lips, neck and shoulders.

5. A Little Tied Up Right Now 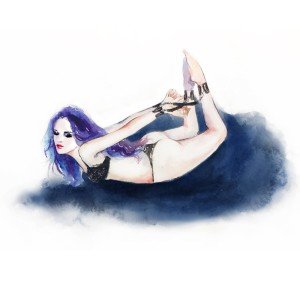 Just like the Bend it for Bondage position, this one too calls for the wrists and ankles to be restrained at the same place. But instead of standing and putting one’s body forward, this one is all about lying flat on the stomach.

To get this position going, one would handcuff both of their partner’s hands behind their back. Next, cuff one of their ankles, and then before cuffing the other, loop the middle strand around the band of the cuffs placed on their wrists.

If the intersecting bands are winded to create a tighter hold, this is commonly known as the Hogtie position.

When in this position, the cuffed partner can either be on their stomach or on their side, which then creates the opportunity for a number different body parts to be exposed.

And while sex in this position can be rather risky and not advised, it’s an opportunity to play and tease the cuffed partner as they give up full control and submit their body.

Take note: this position is recommended for more advanced bondage players. Make sure not to tie a submissive’s hands too far back, as it can cause restricted breathing.

So, what’s the verdict? Are you ready to start a thrilling journey into the colourful world of bondage?