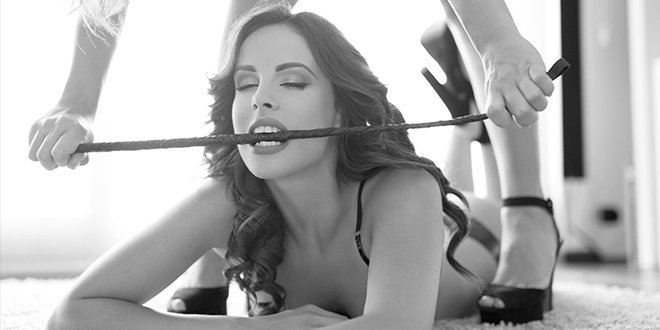 What Makes A Good Submissive?

It’s a question that many submissively-inclined kinksters will struggle with at one point or another in their sex* life: “Am I a good submissive?”

If you Google “good submissive” you’ll find any number of articles, forums and social media discussions about what constitutes a good sub. Generally, those conversations are populated by Dominants/Dommes describing the attributes of a submissive – or attributes of submission in general – that most appeal to them.

But there’s a serious problem with the question “what makes a good sub?” The problem can be summarized like this: labeling a person’s expression of sexual submission in terms as cut-and-dried as “good” and, by obvious implication, “bad”, creates a false ideal of submission. It creates standards to which new and emerging submissives feel pressured to conform.

The phrase “good submissive” is a close cousin of “real woman”. The problem with the phrase “real woman,” as is demonstrated every day on social media, is that the impression of what constitutes such a concept is so subjective that the phrase itself has become self-defeating.

One day we’re told to reject the models we see in fashion magazines as unrealistic and embrace a curvier ideal. The next day we’re told that anyone who self-identifies as a woman is a real women by definition. The next, we’re told we should reject the definition completely. Whichever side of the fence you sit on in this regard, the point is that it’s impossible to state definitively what a real woman is. It’s a social construct and therefore subjective.

Things don’t get any more subjective than one’s personal concept of reality, after all.

The same is absolutely true of the notion of a good submissive. A person’s expression of consensual submission is so deeply personal that it often defines them. For many kinksters, their submissiveness is more like a sexual orientation than a kink. And you would never dream of asking a question like “what makes a good gay?” would you?

Hopefully not. Because a question phrased that clumsily belies a poor understanding of the subject. There’s no real set of behavioral characteristics that define someone as gay. You just are it, or you’re not it. Your behavior might sometimes depend on your sexuality, but your sexuality is never dependant on your behavior.

It’s strange then to realize that we don’t apply the same standards at the exact opposite end of the spectrum. The most progressive among us might be a bit squeamish when we hear the phrase “good submissive,” but we’re not so quick to interrupt when we hear discussion of a “bad Dom.” Why the discrepancy? Is it a double standard?

No, I don’t think so. The submissive’s role is (very) broadly speaking to follow the guidance and instruction of their Dom. The (very broad) definition of submission is the desire to relinquish control in a sexual context to the will of another. If we take that as a base point for comparison, then the broad definition of sexual dominance is a desire for power and control within a sexual context.

You can immediately see that we hold subs and Doms to different standards, and as such, we can’t be accused of having double standards.

Let’s take a real-life fictional example. 50 Shades. The female submissive, Ana, is certainly a bit of a wet blanket. Naive and inexperienced, she has charisma of a rabbit in the headlights. But she essentially does very little wrong in the grand scheme. Christian, the male dominant in the story, is arrogant, reckless, and abusive – manipulative, even ― of the dynamic between them.

So what’s the difference? Christian Grey, as the dominant, has a duty of care. Ana doesn’t. She can be expected to care, but it’s not the same as his duty of care.

Submissives are very rarely passive passengers in the D/s dynamic. That smacks of exploitation. A healthy dom/sub relationship is an equal and respectful one. Any time that you hear a Dom describe a partner as a “bad sub,” it’s probably because that sub resisted the dom’s abuse of power, not because of any intrinsic negative qualities on the submissive’s account.

There is no such thing as a good sub. But there is such a thing as a bad Dom.