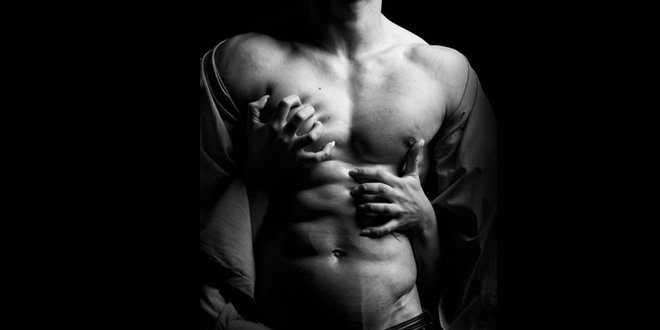 A sex survey revealed that 5% of us have taken time off work due an injury they picked up in the bedroom. We’re often reminded about the importance of “safe sex”, but just how safe IS sex? Judging by the 10 most common sex injuries below, the answer is “not very”. We should all be wearing helmets.

Generally speaking, it’s the extremities that suffer most breaks during sex. Emergency rooms the world over are currently filled with bent back fingers, stubbed toes and embarrassed faces. But it doesn’t stop there: ribs are often broken by couples rolling off beds, and slipping in showers.

Check this out: The Top Eight Worst Things That Can Happen to a Penis

Nothing tells your colleagues that you had a wild night like friction burns on your knees. This is one of the most commonly reported sex injuries, but it rarely results in a sheepish hospital visit. Nothing that a little Neosporin won’t fix.

Sometimes we all over estimate our gymnastic ability, particularly when your body is numbed by the endorphins released during sex. That’s why it’s not usually until the morning after that you notice your neck is stiff from trying to lick your own back in the throes of passionate sex. Or your quads hurt from… you’re not even sure what.

Vaginas are tough. They can withstand more physical treatment than virtually any other human organ or tissue. But they’re not invincible, and internal scratches or bruising can occur during rough sex or with a lack of lubricant. In fact, it’s even possible to bruise your ovaries through sex. Yeesh.

Check this out: Deeply in Love: How Deep is a Vagina?

You love your cat. Your cat loves you. You love your partner, your cat… doesn’t. Particularly not when your cat thinks your partner is attacking you in bed, and leaps to your rescue. Cat attacks are surprisingly common during sex, and with those sharp claws and pointy fangs, the damage they can potentially do to vulnerable flesh is eye-watering.

You get pink-eye when a foreign substance is introduced to your eye. Yeah, you know exactly what we’re talking about. But what we actually mean is this: you can rupture blood vessels in your eye from orgasming, or from screaming during sex. This happens quite often, and if it happens to you, you should be proud and not worry, it generally sorts itself out in a couple of days. Protip: shades.

There are worse ways to die than during sex. Sex accounts for 0.6% of all sudden deaths. Might not sound much, but when you consider how many people die suddenly all over the world, it suddenly becomes a terrifying figure. (Fact: the sudden death of men during sex is far more common if it’s with someone other than his partner. That is to say, if a guy dies during sex, it’s way more likely when he’s cheating.)

Despite all the protection and health benefits, condoms can still go wrong. Not only is it possible to require a trip to ER if a condom slips off inside during sex, they can also be – and this pains us to write it – accidentally inhaled, or swallowed during oral sex.

Bites, bruises and hickies are the most commonly reported sexual injuries that require medical attention. Bruises can be caused by bumps and knocks or – hopefully – spanking. Hickies advertise two things about you: one, that you recently had sex and two, that you can’t afford a scarf. But bites, on the other hand, are occasionally slightly more dangerous. A US man recently caused his partner to have a stroke by biting her neck, which caused a blood clot, paralyzing her left arm.

I guess it’s true what they say: love hurts.