Do We Need a Webinar to Properly Address Female Genitalia? 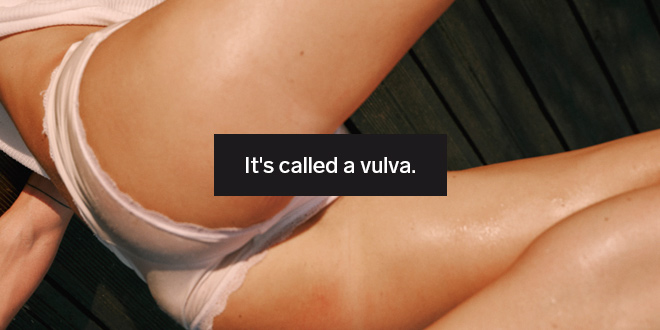 LELO’s team of experts thought it would be wise to use their audience’s increased media consumption to spread a very important message: how we refer to certain things, or how we name them, plays a huge role in how they are then perceived and vice versa. As language reflects culture, the names we have for something are a pretty good indicator of the general disposition we have about the matter at hand.

Think about what language you use when talking about female anatomy, periods, or sex in general for that matter. Maybe we don’t want to come off brash, or maybe we’ve ignored the whole science part altogether.

“The clitoris is the organ of pleasure that is being erased. Like Voldemort in the infamous Harry Potter series—the clitoris remains She Who Must Not be Named.”

Agreed, Dr. Mintz, agreed! Moreover, if you give it enough thought, an even more radical conclusion follows.

“Some scholars contend that by relegating a woman’s most important sexual organ to nameless invisibility, we are engaged in psychological genital mutilation – a linguistic and symbolic clitoridectomy.”

Okay, maybe this sounds extreme at first, but think back to everything you’ve learned since high school health class and since then. Try to answer the following questions simply:

Most people will classify the first three questions as such: everything except penetration is foreplay, while sex and intercourse are penetration and one and the same. Seeing as this meaning is extrapolated from common pop culture references, it’s understandable. But is it correct? Dr. Mintz breaks it down for us.

Dr. Mintz continues with a proposal of her own:

“Let’s hold men’s and women’s ways of reaching orgasm as equal. Let’s consider both clitoral stimulation and intercourse to be sex.”

This is not a matter of male vs. female, or of one gender dominating the other, but a matter of equality in sexuality first and foremost. Society, on a largely subconscious level, is still labeling heterosexual sex as the act in which men reach orgasm. If you think about it, this ideal is supported by the perception that sex ends when the male partner climaxes.

Moving onto the second portion of our questions. We all know about Peter, Dick, and Johnson. Dick caught on so deeply that it became an official nickname for penis, as in an actual word in the dictionary. As for the clitoris – in the English language, clit and a bunch of others caught on, most of which don’t even remotely resemble an actual nickname.

Our final question – if you answered with “vagina”, boy, have we got news for you! Represented even worse than the clitoris, the vulva is the external part of the female genital anatomy. It includes the clitoris and other highly sexually excitable parts, such as the inner lips and the opening to the vaginal canal (the places where penises go in and babies come out). According to the acclaimed psychologist Harriet Lerner, we need to consider what we tell our children. Boys are taught they have a penis, while everything that girls “have down there” is a vagina which is a gross oversight that leads to constructions of words like “shaving your vagina”. It also means that women are naming their genitals by the part most sexually exciting to men (the vagina) rather than the part that needs the most stimulation for their orgasm (the vulva, including the clitoris).

As a brand that primarily focuses on sexual education and sexual wellness, LELO tries really hard to make sure to always use proper terminology. Calling everything by its proper name isn’t just a matter of being educated, but of giving significance to the subject we are naming. By purposefully omitting the word “vulva” because it’s not the norm, or by trying every possible euphemism known to man to avoid saying the word “clitoris”, you are saying that they’re not important. Which is downright silly when you know how much fun they can be.

“Let’s bring the clitoris into cultural consciousness. That starts with naming.”

Disabled Sex: How to Have Great Sex with Limited Mobility

How Does ADHD Affect Your Sex Life?

Sex is NOT Better When It’s Rare