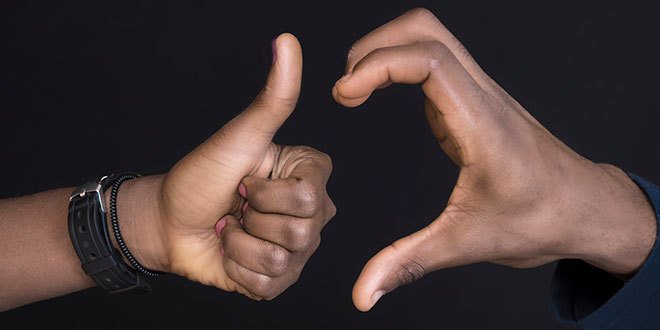 The Friend Zone: Another Example of Toxic Sexism

Sure, we’ve all had a chuckle over that one guy who tries way too hard to get the girl but fails miserably, leaving him with blue balls while in relationship limbo.

But in all seriousness, and FYI, a woman can enjoy a man’s company without wanting something sexual – and that doesn’t make her an awful human being.

It’s time for us to get onto the modernity train and realise that “the friend zone” is actually a toxic concept that promotes sexism. And a simple Internet search will prove just that.

A slew of articles are readily available giving you advice on how to escape this fictional space. You’ll even find quizzes to see if you’re in the friend zone, and ways to get out of a friendship and get into a woman’s pants.

Paraphrased like that, it doesn’t sound too kosher, now does it?

But first, a little history lesson!

What is the Friend Zone?

The term “friend zone” was coined on November 3rd, 1994 by the popular TV show, Friends. And since, has been shaking up relationships worldwide.

It’s a kind of relationship purgatory where one person is romantically or sexually interested in another, yet their feelings aren’t exactly reciprocated.

Instead, a platonic friendship is created, leaving one person feeling totally satisfied while the other…not so much.

How Can the Friend Zone Be Explained?

Have you ever heard of Bateman’s Principle? It’s an interesting concept that puts focus on the differences in men and women of all species.

When looking at the concept of reproduction, women are limited in the number of children they can have, whereas men can have a seemingly endless amount of children.

So, in a heterosexual relationship, men have the tendency to display dominance and competition to get the girl, whereas women are more prone to pick and choose when it comes to a mate.

Of course this principle is somewhat outdated, but the notion has been passed on through generations.

Why is The Friend Zone A Toxic Fictional Space?

The friend zone has been socialized in such a way that men feel entitled to shame women due to a lack of interest. If she doesn’t put out, she’s stringing you along and that’s not fair, is it? Actually, it is.

A woman has the freedom to choose with whom she wants a romantic or sexual relationship, and she isn’t the “bad guy” in this scenario, as society so freely likes to paint her. When a woman rejects or shows a lack of interest in another, the friend zone merely gives that person the right to shame her, turning her into the villian.

Of course, a woman can appreciate nice gestures and be flattered by the male gaze, but it surely doesn’t mean that she needs to jump at the opportunity to date or sleep with him, just because he was nice.

Adversely, the friend zone has simply normalised and justified the fact that men can feel butt hurt when a woman wants to remain friends, because no one likes to feel insecure. Even though they are quick to laugh or make jokes when a woman is hit on in the club or a victim of catcalling on the street.

It’s a two-way street buddy, you can’t be the winner all the time.

We’ve been taught to feel sorry for the guy who persistently tries to capture a woman’s heart by doing lovely gestures. Whether it’s good night texts every evening, flowers for no reason, always available day or night, they’re deemed a knight by women who actually feel sorry for him, but mocked by his friends for being a pussy who can’t get the girl.

Then, imagine the tables were turned. A woman sends a man good morning texts every day, gifts for no reason, and is available day or night. She’s then deemed crazy and or a stage-five clinger. That doesn’t seem fair, does it?

As a means to promote forward, more accurate and modern-day thinking: when a woman doesn’t want to be with you romantically or sexually, no means no. Using all of your power to “get” with them makes you kind of a sexist jerk.

With that, let’s start to embrace and accept the fact that the friend zone is actually just a ridiculous fiction that doesn’t have any space in today’s society, shall we? We’re striving for gender equality based on respect, and not the fact that men need their wounds tended to when they don’t get lucky. It’s as simple as that.