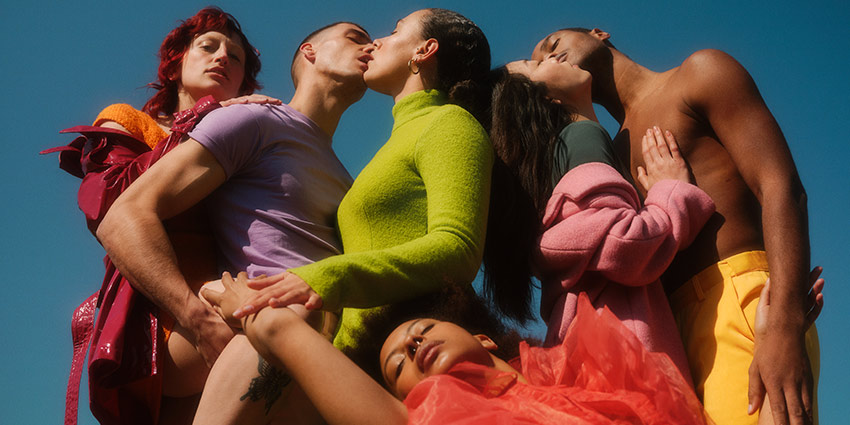 The Role of Social Media for LGBTQI+ Young Adults and Teens

Regardless of who is using it, social media can have positive and negative effects. The Internet itself gives us the power to do good, to connect, and to stay informed, but it also gives us the ability to bully, harm, harass, or worse.

In other words, the way in which we use social media, the people we surround ourselves with online, and those that we come across on these platforms, can make or break us.

Today, we’ll be talking about the role of social media for LGBTQI+ youth. More specifically, we’ll look at a recent study that carried out in-depth interviews with LGBTQI+ individuals starting university, and how social media allowed them to either escape, integrate, or thrive as their authentic selves during these pertinent years.

Is Social Media a Safe Place for LGBTQI+ Youngsters?

This is a loaded question, and there are many facets involved when answering. In fact, there is no correct answer, as indicated by a recent study.

It found that sexual and gender minority students can benefits from the identity development and social connections via social media, but that monitoring these platforms to avoid any negative effects or harm can be exhausting.

This study, conducted by Catherine Talbot, underwent an in-depth interview with 16 LGBTQI+ university students to find out how they ran their social media accounts, mainly Facebook, and their experience in terms of challenges and benefits.

In it, four themes were discovered:

The aforementioned four themes tended to be used collectively by those interviewed in such a way to reduce discrimination and to embrace their emerging identities.

And because the 16 participants were in the beginning stages of their university years, social media tended to be a great space for some to finally maximise their newfound sense of freedom.

In these university students, most found that they could safely explore their emerging sexual identities in a way that felt authentic and comfortable. They also found that using social media allowed them to connect with and learn about the experiences of others in the LGBTQI+ community on campus and in their local community. They did this by sending friend requests to people and following LGBTQI+ Facebook pages specifically for their university. For those who felt that their university really provided visibility for LGBTQI+ individuals, positive feelings of being welcome were experienced, and gave them the chance to meet like-minded individuals. This provided an easier transition to university life for LGBTQI+ students.

For students who felt they weren’t ready to reveal their identity, or who weren’t enthusiastic about divulging their gender identity in their new location, a lot of effort was needed. Some students created brand new social media accounts, and decided to make friends outside of the LGBTQI+ community as an attempt to not have their sexual identity be an issue. In this way, some students wanted to take on a “heterosexual” appearance. Often, the students who concealed their identity did so because they felt that first impressions as their authentic self may reduce their chances of making new friends.

Despite the fact that many believed their new life as university students gave them the freedom to explore and proudly live their LGBTQI+ lives, some were apprehensive about it. There were some who had a fear that their old friends and family members may discover their identity through social media. For those who did change their identity on social media upon arriving at university, many used filters and privacy settings in an attempt to control who was able to see certain information. These individuals described this as “exhausting” as it involved constant monitoring, and admitted to feeling unable to embrace their true identity.

While this study predominantly looked at the social media platform Facebook, they too looked at others such as Tumblr and Twitter. It was found that many of those interviewed felt safer to express themselves on Tumblr and Twitter as opposed to Facebook because it gave them the freedom of anonymity. This was because Facebook offers a bigger chance to connect with family and friends, whereas the other social media platforms were easier to navigate with new people and groups.

The results of this study were quite simple: that the need to conceal one’s identity required a lot of effort. The researchers therefore recommended that social media platform designers take this into consideration, and work towards developing more spaces that are LGBTQI+ inclusive and celebratory.

They too mentioned that experiencing a sense of belonging on campus is important for one’s overall wellbeing, and that universities should begin, and continue to, develop workshops on how to manage one’s social media profiles, provide useful tips on social media platforms for those in the LGBTQI+ community, as well as how to best integrate into the community on campus.

In other words, social media of course comes with its dangers and annoyances, but it can also be a great tool for LGBTQI+ youths to build stronger connections with their peers and their community. And providing even more resources can only expand on this safe space to really encourage youngsters to thrive, and allow them to communicate and work on social issues that are important to them.