The written word has had an unmatched impact in human history. Through writing, we create worlds in our minds, and through the characters we create, we vicariously live. No wonder, then, that our sex, writing and cultural history go hand in hand… or *something* in *something*. And that something in something is exactly where LELO intersects.

We’ve partnered with the uniquely interesting Dr. Kate Lister, to take a look through the greasy pages of history, reimagining cultural icons as they could be, should be, or secretly are: sexual archetypes for the generations. After all, a dirty book is rarely dusty. Below is a sampling of Dr. Lister’s sexy examination of classic characters, and what might REALLY be on their minds.

If you’re not already following her @WhoresOfYore account, you’re missing out. Anyway, without much ado about nothing, read on, and see your literary favorites as they should have been.

A military man, Othello exacts control in all aspects of his life and sex is no different. It gives him enormous satisfaction to instruct his lieutenants on how to do his office betwixt the sheets. Although Desdemona finds Othello’s insistence on speaking in iambic pentameter during sex to be very distracting, she is so grateful that ‘heaven made her such a man’.

To help Othello enjoy his kink even more than just watching, LELO would recommend Desdemona use a Tiani to make her (and Othello) scream a little louder! 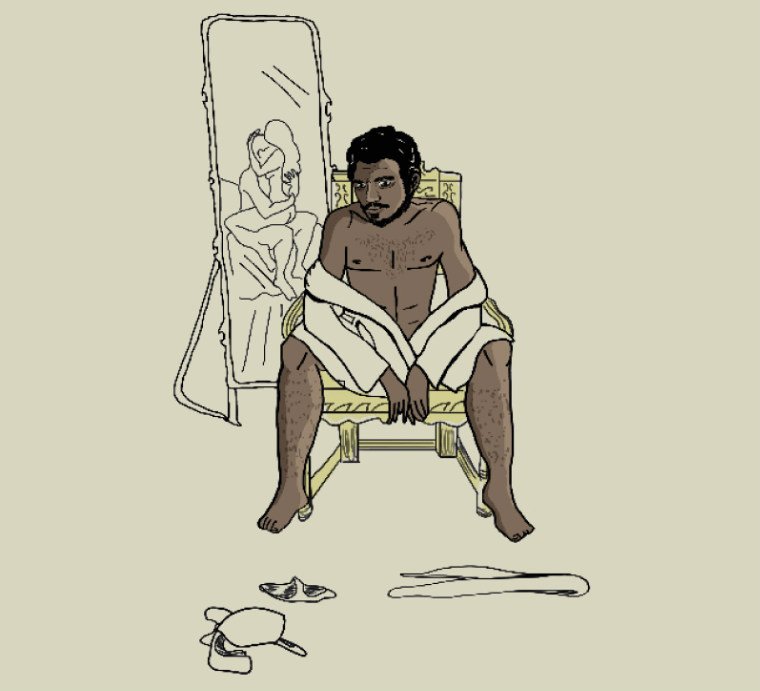 ‘Be cautious then, young ladies; be wary how you engage. Be shy of loving frankly; never tell all you feel, or (a better way still), feel very little.’ – Vanity Fair

For the illegitimate daughter of a French opera singer in Regency London, opportunities for social advancement were few and far between. With no money, family, or connections to speak of, Becky Sharp weaponised the only assets she possessed in abundance – intellect and sex appeal. The life of a Regency courtesan was a precarious one, but one that allowed women like Becky the chance to make their fortune.

To provide Becky with everything she needs to dominate the wealthy Regency men LELO would recommend the Dare Me Pleasure Set – rich, indulgent, sensual and incredibly sexy and perfect for Ms Sharp.. 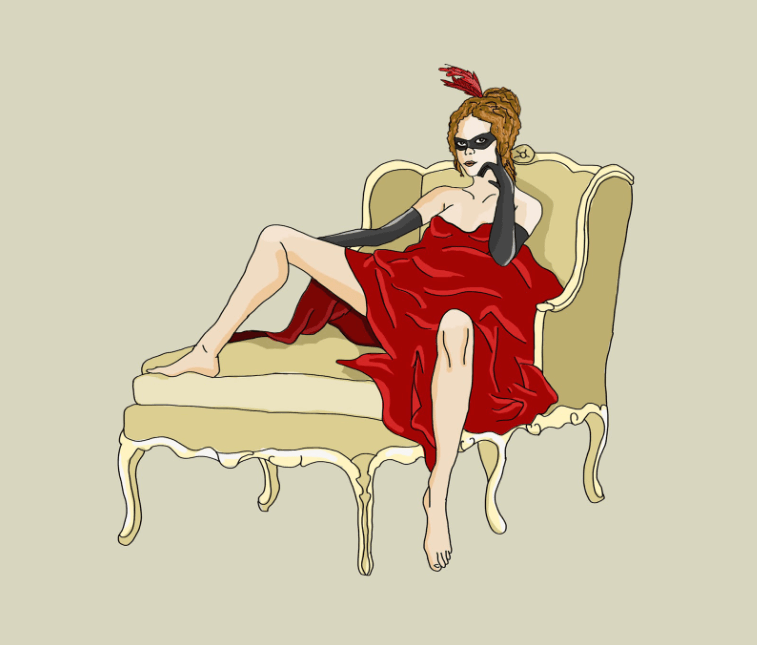 Intensely passionate, wilful and impulsive, Cathy Earnshaw could never be truly happy living a life of polite domesticity. She grew up on the Yorkshire Moors, and spent her childhood running feral over the rugged and untamed countryside – truly shocking behaviour for a young lady of the gentry. The only man who could match Cathy in her wildness was Heathcliff – the ‘gypsy brat’ she grew up with and who she described as being ‘more myself than I am’.

To ensure things are wet and wild, just like their surroundings LELO would advise Cathy use its Personal Moisturiser. This water-based lubricant is perfect to keep your skin feeling silky and luxurious which so often isn’t the case when you’re rolling around in the dirt! 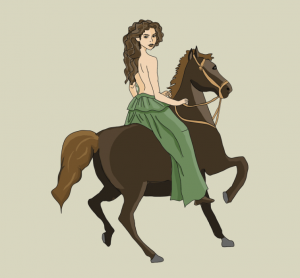 Charlotte Brontë famously based the character of Edward Rochester on the Romantic poet and notorious libertine, Lord Byron. Mad, bad and dangerous to know, Rochester exudes sexual charisma and confidence, delighting in teasing and tormenting the women that fall under his spell. As the son of a wealthy aristocrat and heir to a vast fortune, Rochester has the means and the opportunity to indulge his considerable appetites without reproach. Within the walls of his family estate, he and his first wife Bertha host decadent orgies for the aristocracy. A dominant by nature, Rochester seeks out adventurous play partners to be tied up and spanked in a specially designed red room in his attic.

As the daughter of gentleman in Regency Hertfordshire, life for 20-year-old Elizabeth Bennet offered little in the way of adventure. Her passionate nature, although retrained by decorum, finds expression in jumping in puddles, muddy walks, and reading. Although Lizzie claims she is not a great reader and has pleasure in many things, for a rebellious woman in 1813, a book could be very pleasurable indeed.

Works such as Daniel Defoe’s Moll Flanders (1722), John Cleland’s Fanny Hill (1748), and the Marquis de Sade’s Justine (1791) were all available to the curious reader. Lizzie was too smart to risk her reputation by allowing scoundrels such as Wickham to seduce her, but reading offered a safe sexual outlet in a society that punished female sexuality severely.

But, while she waited for Mr Darcy to get his act together, I like to imagine her devouring pornographic literature, learning what she finds pleasurable, and having no hesitation in telling her husband precisely what she wants in the bedroom.

With her imagination running wild whilst reading a naughty novel, Elizabeth would want the best technology there is out there to make sure she’s hitting the right spot. Introducing LELO’s SONA – the first sonic clitoral massager. That means it doesn’t rely on vibrations like a conventional sex toy and instead, it uses sonic waves and pulses to stimulate the entire clitoris – not just the external part you can see and touch. 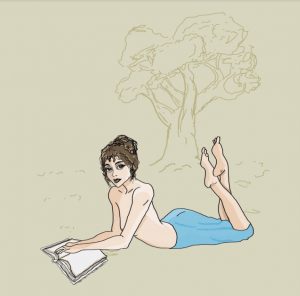 A man of enormous intellectual appetites, consulting detective Sherlock Holmes famously shunned love and romance as ‘irrational’. So where would a Victorian man-about-town go for non-committal, rational sex? According to 19th century police reports, the London district of Marylebone housed 139 brothels and 526 ‘women of ill repute’. As a resident of 221B Baker Street, Holmes lived in the heart of Marylebone. The Swell’s Night Guides were published in the 1830s and 1840s, and detailed establishments where a gentleman might go to find some relief. According to The Swell’s Guide, just around the corner from Baker Street, on Seymour Place, was ‘Misses Blackwells’ Pandemonium’, which was ‘open at all hours of the night, for the accommodation of the depraved male part of the community’. Would Sherlock have partaken of the services on offer? Well, that’s elementary.

There’s nothing wrong with casual and fun sex and we’re sure Mr Holmes was sensible in
protecting himself. After all, condoms were widely available in the 1850’s so to make sure Sherlock’s always strapped up, LELO would recommend HEX condoms as the ultimate accessory. 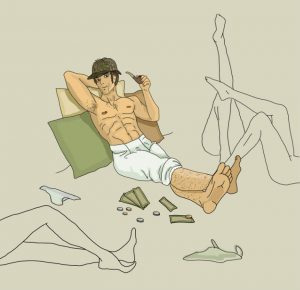 On the partnership, LELO’s Global Brand Manager, Stu Nugent, said: “The most beautiful account of sex in writing I’ve ever encountered is also one of the oldest, dating back to Sumerian cuneiform tablets written about 4000 years ago, but certainly recording a much older spoken tradition. In them, the birth of the world is attributed to a confluence between freshwater (embodied by a masculine god, Apsu) and saltwater (embodied by a feminine one, Tiamat).”

Stu continues: “The energy released by the meeting of the two waters becomes a breathtaking metaphor for a sexual union between these ancient principles. While I’m not sure that metaphor will ever be topped, we at LELO are glad Dr. Kate Lister is working hard to preserve and showcase the intersections between sex and literature, and we’re proud of our partnership with her!”