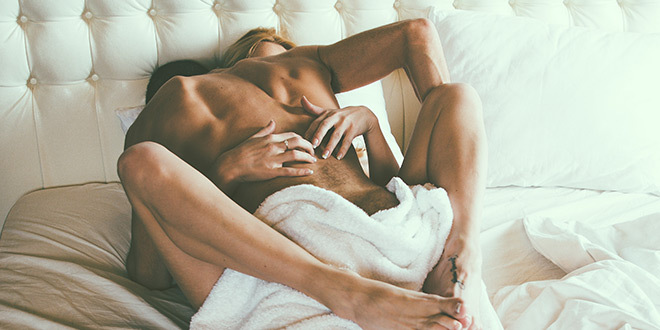 Things you need to know about pre-cum

Pre-cum doesn’t contain much sperm – emphasis on much – meaning that there’s some sperm in it that you’ll have to be careful of. Sure, there’s much less of a chance of pregnancy with pre-ejaculate but hey, a chance is still a chance, right? Thing is, a man doesn’t have control over his pre-cum responses, making the pull-out method slightly even less of a sure thing with regards to avoiding pregnancy.

In fact, in a 2011 study of 27 men, semen was detected in the pre-cum of 11 subjects. 10 of these subjects’ pre-ejaculate contained what was called a ‘reasonable amount’ of motile (as in moving) sperm.

Pre-cum has a number of functions

Though not fully backed by medical science, pre-cum is thought to clean out the urethra to facilitate the safe travel of the sperm on the way to its date with destiny. It is also claimed that it is intended as an additional lubricant for a female partner’s vagina and likewise to help the sperm on their way through the man’s urethra.

It’s a sure indication that he’s aroused

If you’re stroking, kissing or licking a guy’s penis and you see some pre-ejaculate come out of it, it means you’re doing something right. The production of pre-cum is a sexual response as his body primes up for reproduction and a sign that he’s very turned on.

It can transmit STIs

HIV/AIDs, hepatitis B and gonorrhea can all be transmitted through pre-cum, because it’s a sexual bodily fluid and it only stands to reason that it can transmit STIs. Keep this in mind when it comes to a one-night stand or a new partner and take the proper precautions in the form of condoms.

Ok, so I’m not trying to doom and gloom you into not having sex for fear of pre-cum. HOWEVER with the information at hand about pre-ejaculate and surprise pregnancy, having a birth control system in place that is stronger than crossing your fingers will save you a lot of trouble, not to mention offer peace of mind.  Even if it’s not a prescription for the pill, then condoms are still one of the most effective methods out there.

Now we can hear the fellas practically saying ‘but but but it doesn’t feel as good wearing a condom’. Which can be true – depending on the condom you choose. As we’ve covered before, there are other alternatives for natural-feeling condoms that deserve a try, and you’ll thank us later when you discover them for yourself.