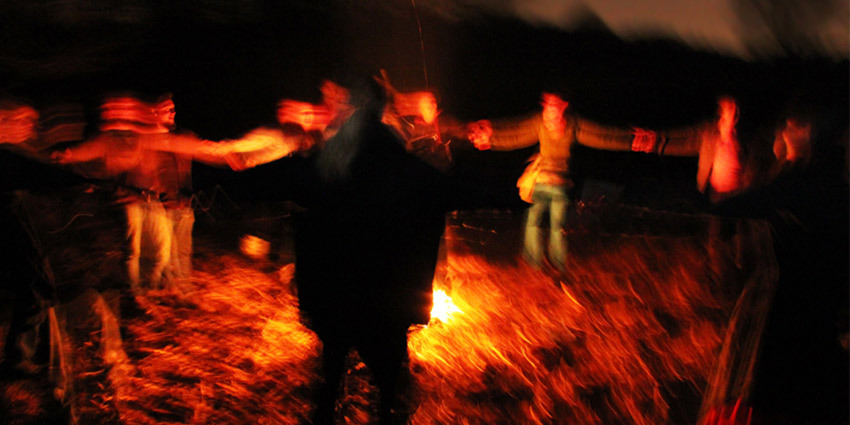 To be primal is connected to primal urges, such as protecting oneself or others from harm. It’s often used as a means to talk about animals during hunting or evolutionary development.

In Latin, the word ‘primus’ is used which essentially means ‘first’. In this way, it refers to someone seeing themselves or others as the most basic and important part.

Primal is what many of us call ‘animalistic’ and can be characterised by intense sexual experiences. This kink is not exclusive to any gender or sexual orientation, and thus anyone can identify as being primal.

When one partner is primal, it often ties in with dominant and submissive roles, and a scene can include one lover being the hunter and the other, the prey. In this way, it could also include mating rituals, like that experienced by wolves or bears.

For that reason, primal play is oftentimes rough, which means that unhindering trust and communication is imperative between partners.

It’s also important to note that being primal is not the same as pet play. While most primal individuals do identify as certain animals, they don’t use leashes or collars, and there isn’t one dominant and one submissive partner.

Because being primitive means using one’s most carnal and basic instincts, this kink is often centred around the senses.

It involves intense listening and heightened scent which can transcend a connection between two partners. It can also include scenes of fighting, powerful intimacy, and tapping into one’s most carnal sexual desires.

This kind of play is oftentimes more so about the experience rather than the act of sex. It involves trust, self-expression, and a sense of freedom that’s hard to find anywhere else.

A big reason why primal play is so popular is because it allows individuals to free themselves of societal constraints. And by reverting to a more natural and basic version, primal individuals can experience a sense of intense freedom, arousal, and intimacy.

Our everyday lives are calculated and centred around abiding laws and societal norms, but being primal and practicing primal play is a way in which to go back to the basics. It’s a primitive experience where one can satisfy their lust by fighting or taking what they want or desire.

This can be soothing and freeing for many, as it can be a way to escape roles and responsibilities that everyday life brings.

In the animal kingdom, there is a sense of ultimate protection. Oftentimes, groups of animals form tribes, and within this dynamic their primal instincts allow them to do whatever necessary to get what they want, including when it comes to protecting their tribe.

This kind of behaviour is a characteristic of those who identify as being primal, and evidence suggests that being primal is oftentimes more prominent in the non-monogamous community.

What Are Examples of Primal Play?

Each scene will be unique, but some examples of primal play can include:

Within these kinds of activities, any physical pain inflicted should be agreed upon beforehand, and thus it shouldn’t leave one or both partners with discomfort.

And while we know that this kind of scene involves animalistic, uninhibited, and impulsive behaviour, it does not mean that things are not discussed and agreed upon beforehand.

Just like a dominant and a submissive who discuss their likes, dislikes, limits, and hard limits with each other, a primal and their partner too should have an open dialogue to establish their scenes.

For both partners, it’s about diving into wild sexual play, yes, but it’s also about feeling safe, comfortable, and ultimately satisfied. Having a safe word is highly recommended.

After primal play, aftercare is just as important whereby partners comfort each other, have open communication about their scene, and make sure that both feel seen and appreciated rather than discarded and used.

At the end of the day, being primal and/or engaging in primal play is a highly imaginative and mostly cathartic experience. When discussed beforehand for optimal comfort and satisfaction, it can result in ultimate release from societal pressures and everyday roles, and a highly arousing bout of play between lovers.