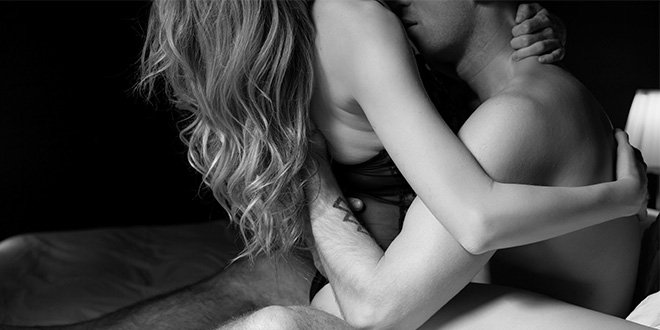 10 Tips to Improve Your Chances of Orgasming

We are so pleased to share the following article from Dr. Christian Jessen, the host of Channel 4’s hit program, Embarrassing Bodies.

According to Dr Christian Jessen: “Anorgasmia is a very real condition which, simply put, means that you’re unable to orgasm. A recent study in the journal of sexual medicine found that women only orgasm 63 per cent of the time with a familiar partner, compared with 85 per cent of men. But if you are struggling to climax, fear not, because there are ways to boost your chances”.

“According to information from the American Sociological Review, the likelihood of achieving orgasm during vaginal intercourse increased by 18 percent if the woman also stimulated herself by hand and by nine percent if she received oral sex before intercourse. Everyone’s different so find what works for you.”

“The biggest mood killer in the bedroom is a lack of communication. Don’t assume your partner is a mind reader who will instinctively know exactly which of your buttons to push. Be direct and tell them exactly what you’d like for them to do.”

4. ONE NIGHT STANDS ARE LESS LIKELY TO PRODUCE AN ORGASM

“Some people experience what’s called ‘spectatoring’ during sex. That happens when we ‘fall out’ of the moment, as you lie there and instead think negative thoughts, such as, ‘Do I look fat in this position?’ or you start worrying about work stress and deadlines instead. Try to live in the moment and focus on the here and now. And if you really can’t concentrate because you’ve more pressing things at hand, delay lovemaking until you’ve got a clear head.”

“Most women require clitoral stimulation during intercourse to orgasm, and that contact doesn’t happen with every sexual position. Try lots of different positions to find one that works for you.”

7. AGE IS NO BARRIER

“Doing so-called Kegel exercises strengthen the pelvic floor and lead to stronger vaginal muscles, which in turn leads to more intense―and more regular―orgasms” An easy way to stimulate your pelvic floor, LELO suggests, is to use a pleasure training system such as LELO Smart Bead or LELO Beads.

Dr Jessen also highlights the importance of staying healthy to ensure the blood flows to the genitals “Quit smoking, eat well, stretch and take part in cardiovascular exercises which strengthen the heart muscles, such as running, swimming or riding a bike.”

“By varying your breathing intake from slow and deep to short and shallow, you can actually boost sexual arousal and improve your chances of orgasming.”

“While a drink may make you most adventurous, it won’t actually improve sex. The ethanol in alcohol has been shown to reduce organ sensitivity and arousal while also reduction lubrication in women, which will clearly hinder an orgasm.”