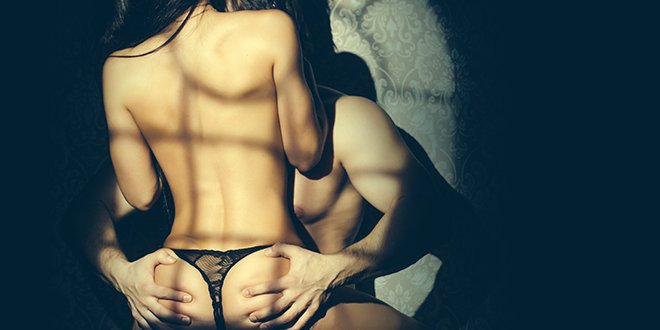 There are many reasons often cited for not wearing a condom, and while we won’t address their validity or lack thereof here―the issues with modern condom design are for another article―we will instead focus on all the reasons why using condoms can be pretty great!

One of the major complaints about using condoms is a perceived lack of sensation. While this can be remedied with better sizing and a thinner condom, there are of course some situations when being a bit less sensitive can be a good thing.

Hold the Side Effects, Please

While there are a myriad of different options when it comes to contraception―and their efficacy and appropriateness varies from person to person― condoms are one of the cheapest and user-friendly methods of contraception that, as an added bonus, does not come with the side effects experienced by many who rely on hormonal contraception or IUDs.

Love (and sex) can be messy, sometimes wonderfully so. Ejaculating on your partner’s body or in their mouth―with their consent―can be erotically enjoyable for both partners, however, there are sometimes when you (and your sheets) would appreciate a little less mess.

Particularly, when male orgasm isn’t  coming at the end of sex, it can be something of an interruption to your partner changing positions or receiving oral sex when  you need to stop and find a towel or tissues. A condom, which can be removed and discarded relatively quickly, serves a no-fuss method to keep the pleasure going!

A True Sense of Security

The male condom, besides being the only safer sex method that prevents the spread of STIs, also functions as a great added method of contraception if your primary method has been compromised.

Missing a pill is when many people panic about the efficacy of contraception, but there are several other factors that may affect it, such as having the flu, taking certain antibiotics, and higher BMI. Even if you’re currently trying out different methods of contraception, it’s recommended to use condoms as a well during your transitions to ensure no accidental pregnancy.

Slipping into a Role

Role play can be as simple as using certain names for your partner or acting out a scenario, but that doesn’t mean props can’t help!

If you want to try kinky role playing, such as ‘strangers who meet―or more―in the bar’ or ‘sexy escort and client,’ then why not use condoms as part of your costume as you would thigh-high stockings or a silver tie?

Cover a lot of Ground

For the creatively-minded, a condom can be used in so many more ways than intended by manufacturers. It can be used to cover toys between partners or orifices (perfect for sex parties or threesomes) and can even be used to create an icy treat to be explored in the bedroom (or out, if you’re really daring)!