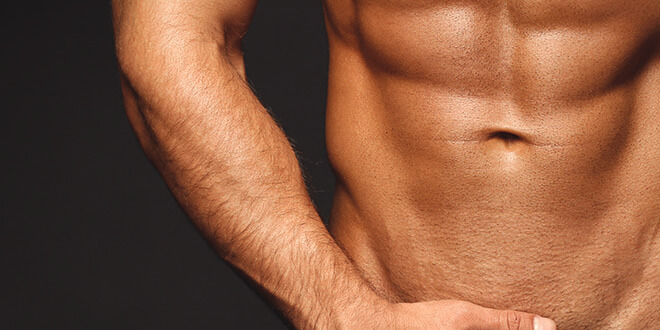 Boneheaded – Is There A Penis Bone?

Yeah hang on mom, yeah, look I’ll have to call you back, I need to write an article on whether or not there’s a penis bone. No it’s very urgent. Ok speak to you later.

It’s a question that occasions the mind of many young boys at one point or another: do we have a penis bone?

And the answer is obviously, ‘no, of course we don’t have a penis bone… anymore.’

You see, this question is not as silly or obvious as it seems. It’s actually quite nuanced, and absolutely fascinating. I remember mocking a schoolfriend of mine who believed that it was called a ‘boner’ because there was a bone that sat somewhere near your spine that sort of slipped down into your penis to make it hard. I thought it was the funniest, dumbest thing I’d ever heard, and he acquired the nickname ‘Bones’ as a result, a nickname he still goes by today.

But, to my astonishment, he was right. Or he would have been, about 1.9 million years ago, which is when humans lost their penis bone. Rest in peace.

The baculum, referred to here as the dick bone because it’s funnier, is found all across placental mammals. Rodents, hedgehogs, dogs, bears, sea lions, actual lions, pandas, otters and many more all have one. The Icelandic Phallological Museum has a hamster’s 2mm dick bone under a magnifying glass. At least, I hope it still does. I’ll tell you when I go there because now that I know the Icelandic Phallological Museum exists, OF COURSE I’M GOING THERE. The range and shape and general variation of the dick bone makes it, according to actual scientists who never say stuff like this, ‘the most diverse bone to ever exist.’

Your Mate, My Mate, Primate

But most tellingly, virtually all primates have a penis bone, including our nearest cousins, chimpanzees, and the other great apes. There are only three primates that don’t: spider monkeys, woolly monkeys, and humans.

This tells us two things: first, HIGH FIVE spider and woolly monkeys, and second, that it’s FAR more likely that we had one and lost it, than that every other primate grew one spontaneously and independently, and we didn’t.

I can’t find any evidence that we’ve actually found one in the fossil record, but there’s enough other evidence to put the issue beyond doubt. For example, it still occurs sometimes. Just as a rare few are born with vestigial tails, itself a multi-million-year evolutionary throwback, a very, very, very rare few are born with a vestigial penis bone. Similarly, the penis occasionally generates bone when recovering from trauma. So, at least historically, it’s supposed to do that.

So, where did all our dick bones go? Well, that’s where it gets even more interesting. And you didn’t think an article about dick bones would be interesting at all, did you? Did you? No.

Let’s talk about sex for a moment. This is LELO after all. In the natural world, it’s very common for sex to last several minutes. This allows the male to remain in place for longer, to allow a better chance of conception after ejaculation while fending off competition that might kill the female or impregnate her themselves. Sex is highly competitive in the animal world, and having a bone in your penis to keep it in place with the urethra open so you can stay mounted on your mate for as long as it takes to ensure contraception is an advantage. It’s so competitive amongst big cats that they don’t just have a bone – it’s why your cat also has hooks, or spines, on its penis.

Polygamy is by far the dominant reproductive strategy in nature. Males will seek to impregnate as many females as possible, because of a biological urge to pass on its genes. It’s so competitive that female chimps will have sex with many male partners all at once, in order to make the males believe there’s a chance her offspring will be theirs, and therefore reduce the risk off the baby being killed by one of them.

Humans have always done things a bit differently though. Around two million years ago, probably somewhere around the area of Lake Turkana in Kenya, we had begun to develop social structures much more complex than our nearest cousins, and it led to a change in our mating habits.

In short: monogamy replaced polygamy as the dominant reproductive strategy.

Thanks to the long and dangerous human pregnancy periods, which is a by-product of upright walking, it made sense for a male human to remain in the presence of his mate to ensure the baby was born safely, and defend it until it could defend itself – thereby ensuring his genes were passed on. So, ya know, in your FACE guys who excuse cheating by saying monogamy isn’t natural. Not only is it natural, it’s what separates us from the apes.

Anyway, as a result of humans becoming mostly monogamous, there was less pressure to fend off competition during the act of sex itself, and therefore less need to support the penis with a bone while the male stayed in place. So, over a million years or so, we lost our boner.

And there we are. To answer the opening question, is there a penis bone? The answer is no there isn’t a penis bone… anymore.

Hello mom? Yeah I finished. It was WAY more interesting than I expected.