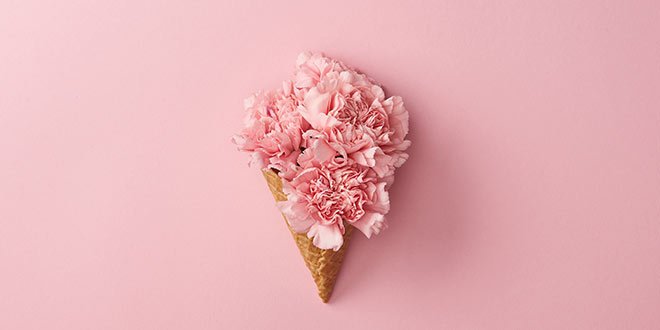 Is Monogamy Practical in Modern-Day Society? A List of Pros and Cons

Change, as they say, is the only constant. It’s hard to keep up in a society that’s so overly-saturated with visual stimuli, and technological access and advancement.

And so, just like everything else, sexuality – and the way in which we experience and show love – too is continuously changing.

And even though the 60’s were all about ‘free love’ and good vibes, there’s always been this kind of unspoken rule that the ‘right’ way to live, is to have a monogamous relationship with the one you love. This is also evident by the way in which society sees divorce – a failure!

But is this really the best way to live?

Monogamy is when two people have decided to be exclusively sexual with one another. This could be a lifetime commitment, such as a marriage, or serial monogamy that is, only one partner at one time.

What is Consensual Non-Monogamy? (CNM)

CNM is when two people have decided to have other sexual or romantic partners, while being in a relationship with each other.

Polygamy is when someone has multiple loving and romantic relationships with different people. This shouldn’t be confused with an open relationship, which is when a person/couple have sexual partners outside of their primary relationship.

Interestingly, the way in which youths are experimenting with and experiencing sexual activity today, has changed quite considerably. And according to studies, this has placed a huge impact on the face of the monogamy.

Today, a large percentage of Americans aged 18 to 30 are still virgins, while many others are waiting longer to engage in sex. This may be due to the fact that millennials, in general, are more cautious due to over-protective and “helicopter” parenting.

Millennials are also more aware of social movements (and news in general), thanks to social media. The #metoo movement, for example, has created social awareness of dangerous or unwanted sexual situations.

And, according to columnist, Ross Douthat, who based his opinion on the book, Premarital Sex in America, those who practiced sexual constraint were more happy, and those who were promiscuous showed more signs of depression.

The Pros of Monogamy

The Cons of Monogamy

Is a Monogamous Relationship Right For You?

When it comes to having a monogamous or CNM relationship, there is no right or wrong. It’s not just about you and your principles, thoughts, behaviors and ideals, but also how you function within your relationship, and the dynamic that you both share.

So, if you’re wondering whether a long-term monogamous relationship is right for you or not, here are some things to consider:

Are you an introvert or an extrovert?

For extroverts who are passionate about, and gain energy from, relationships – being in CNM partnerships may just be for you.

For introverts who struggle meeting new people and engaging in communication, energy is more likely to be gained from alone time, not by being with new people.

Interestingly though, for introverts who’re in a relationship with an extrovert, a NCM relationship may just be the key to happiness. If the introvert’s partner is able to meet and form relationships with new people, it gives the introvert more time for themselves to recharge, while keeping their partner energized and satisfied.

Do you feel strong enough to challenge and experience new emotions?

Whichever kind of relationship you’re in, monogamous or polygamous, it’s highly likely that there will be feelings of jealousy and insecurity, and compromise is a huge part of being in any relationship. Do you actively enjoy or welcome new emotions to grow as an individual?

For mentally-strong individuals who not only embrace how they feel, but also challenge it, NCM relationships may be a perfect fit.

The thought of you or your partner with another person – how does that make you feel?

For some, enjoying and entertaining the idea of being in a NCM relationship when it comes to themselves is easy or intriguing. But many find it difficult to imagine their partner with someone else.

“If you’re just like, ‘I could see myself being with someone else but not my partner,’ then you probably don’t really want consensual non-monogamy,” says Dr. Sheff, a sociologist and author.

How is Monogamy Evolving?

According to Dr. Tammy Nelson, sex therapist and author, “new monogamy,” as she likes to call it, is more fluid. She believes that partners are now more able to have one primary partner while holding secondary attachments that don’t threaten the primary relationship.

“The key to these arrangements, and what makes them meaningful within the framework of emotional commitment, is that there can be no secrecy between partners about the arrangements,” says Nelson. “The fidelity resides in the fact that these couples work out openly and together what will be and will not be allowed in their relationships with Party C, and maybe Parties D, E, and F.”

She goes on to say, “For couples engaged in the new monogamy, it isn’t the outside sexual relationships themselves, but the attendant secrets, lies, denial, silences, and hidden rendezvous that make them so destructive to the marriage. Rightly or wrongly, today, many couples consider that honesty and openness cleanse affairs, rendering them essentially harmless.”

So, with new insight, do you feel that monogamy is the right choice for you? And do you agree with Nelson in that modern-day monogamy is more fluid?

Ultimately, when it comes to your unique relationship – it’s all about your ideals, preconceived notions, and the ability to evolve and be flexible that will determine what kind of union you have.

It’s important not to feel pressured into anything you aren’t comfortable with, but to work together within your relationship to create something that’s meaningful for both you and your partner.

Check this out: Expert Advice on Non–Monogamy, Open Marriages & Polyamory