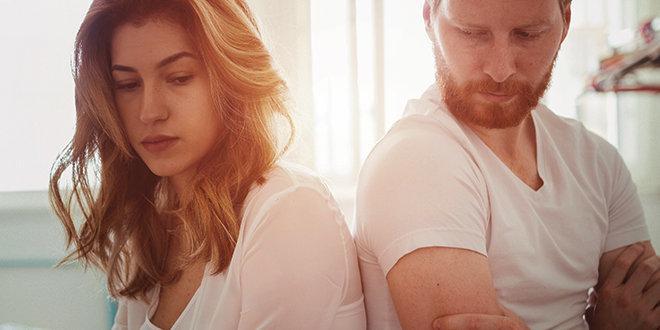 Why Is It so Difficult to Forgive Unfaithfulness?

Love is a very complicated matter. Most of us know that. It is such a big deal that we have written a lot about this subject, we have organized debates around this concept and we even have created some sayings to give love its huge power, like: “nobody can live without love”. We have also taken for granted that one day, if you are a single person, you will find your perfect match, your soul mate. There is a whole industry centered on such a complex feeling.

However, love is not only a feeling; it is a cultural act that we have to work on every day of our life. It requires training, experience, understanding…

A couple is made of three ingredients: love, negotiation and sex. Love cannot be negotiated, obviously not. You are in love with someone or you’re not, but you cannot reach an agreement to be in love with someone because it is a feeling which cannot be controlled. Negotiation in a couple is present in our everyday life. Of course, there is no written contract between the parties, it is something implicit: if you do that, I will do this, etc…Sex, nevertheless, and in spite of what a lot of people believe, CAN BE negotiated.

I know that you are going to think that they have a very strange conception of love, or that they are very modern or also that this marvellous couple is just keeping up appearances in order to give a good image of themselves in front of their family, friends and neighbours. Others are going to think that, in reality, they don’t love each other. Or that Arnold is the typical man who is using his “macho” power to do what he wants. Amazingly, I can tell you that you are very far from what the reality is. I know other couples like them. And in those cases, it is the woman who decides to do what Arnold is doing.  What is happening with Elke and Arnold is that both have a deep understanding of what true love is.

Most of us have no idea of loving. We love ourselves in the other person and not the other person for themselves. We project what we would do on our partner, we project our personality, our moral values. This is not love. Love is to respect the moral values of your partner; love is to accept how the other is. The other is not ours. They do not belong to us. But they (the society) try to make us believe this in order to preserve the prevailing model they have built. The beloved is not someone that you instruct, you observe them; the beloved is not someone that you try to change, you see them grow; the beloved is not someone that you lead, you accompany them. Most of the time, we see the beloved person as a property and not a recourse, a country house, not a landscape. Acting like they do, Elke and Arnold are using a love game without putting love into play, as most of us would do.

The best love letter that Elke could write to Arnold is to accept him as he is, not to try to change him. I agree that it is difficult to understand because the society has educated us as selfish persons.

According to my modest opinion, a lot of people don’t forgive unfaithfulness because of all the arguments described above. They don’t understand what love really is. At this precise moment, here in Spain, a group of Spanish sex-therapists are working on how to deal with promiscuity in order to help couples not to divorce. Revolutionary, yes, but so difficult!