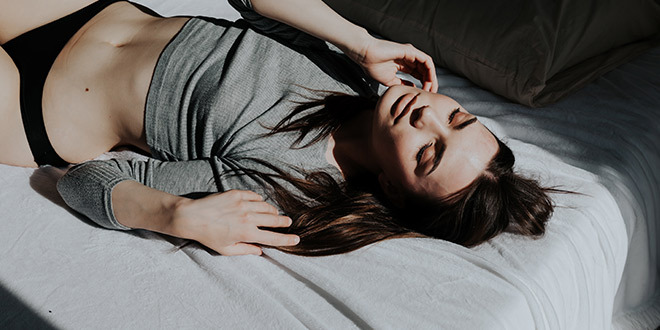 “Did You Come?” – How To Know If She Had An Orgasm

This is advice aimed specifically at straight, young men who have trouble identifying their partner’s climax, or lack of it. It’s important to note that different genders and sexual identities experience orgasm differently. It’s also important to note that orgasm is not the end goal of sex, and should not be considered as such.

It’s a question most of us have either asked, or heard. “Did you come?” Three little syllables, loaded with so much subtext and complexity, and while we might be earnest if we ask them, we somehow understand there’s some kind of subconscious understanding that if the question needed to be asked, the answer should be obvious.

This article is going to tread on some toes and make some overgeneralisations. Forgive me, I’ll be as sensitive as I can. But it’s not easy to find information about being the guy who’s not sure if their partner climaxed or not, because, I assume, there’s some embarrassment associated with it. Well, I’m a notoriously difficult person to embarrass, so I’ll pick this one up: how to know if your partner came. Let’s go.

Fake It To Make It?

The spectre of the fake orgasm looms heavy over young men, who believe that their partner’s sexual response is a direct commentary on their sexual prowess. It’s not. Get off your own dick, Chad, it’s not all about you.

Research into the prevalence of orgasm fakery is commonplace, and highly variable. Depending on the location and age range of the participants, somewhere between one third and two thirds of all women have faked an orgasm, so let’s compromise and call it half. That means there is a significant statistical likelihood that it has happened to you, or will at some point.

That third one is the least common but most intriguing. Some women might heighten their reactions to sexual activity to encourage you to stimulate her in a particular way, or to help themselves get into a highly sensual mindspace where they might be more able to achieve orgasm. It’s in this sense that faking it can be really instructive for an inexperienced lover.

How Can You Tell?

Orgasms are hard to miss, and if you know your own physical processes, you should be able to spot it in her too, because they’re pretty similar. Most begin with a quickening of the breath accompanied by gasps or moans, followed by several seconds of quick, involuntary muscle contractions around the vulva and anus, accompanied often by jerks of the hips and tension of the abdomen. Just like your own, then.

This is generally followed by a short period of afterglow, usually with eyes closed and a smile, as her body relaxes and endorphins and dopamine surge through her. She may be sexually responsive again almost immediately, or not. That’s highly personal.

How To Increase The Likelihood Of Making Her Come

So, the clitoris needs some sensitive attention during penetrative sex – or above and beyond penetrative sex, since her orgasm is probably not dependent on penetration – and this can be achieved any number of ways. LELO offers couple’s massagers like TIANI 3, for example, which is specifically designed for enhancing clitoral stimulation during sex.

Alternatively, try positions which make access to the clitoris easier, and guide her own hand down to either show you exactly how and where to touch her, or to allow her to bring herself to orgasm with you. Most women can climax alone by hand or vibrator, so don’t be afraid to let her take the lead and teach you what she wants. With a partner, though, as many as 30% of women have difficulty achieving orgasm, so more than anything, you need to be tuned in and responsive not only to her body, but to her mind, and you need to make her feel safe and comfortable enough to tell you what she wants without self-consciousness.