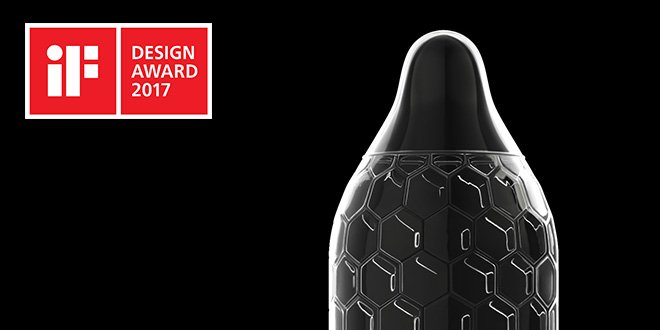 We are very proud to announce that the LELO HEX™ condom has won an iF Design Award in the category of Medicine/Health/Care for 2017. This prestigious product design award comes Germany’s oldest independent design organization, Hannover-based iF International Forum Design GmbH.

This is not the first time that LELO has received acclaim for its product design,  previously winning such awards as a Cannes Lion and several Red Dot Design awards for ORA™ and TIANI™. This time, our game-changing HEX™ condom won over the 58-member jury made up of independent experts from all over the world with its re-engineered structure. The competition was intense: over 5,500 entries were submitted from 59 countries in hopes of receiving the seal of quality.

For over 60 years, the iF Design Award has been recognized as an arbiter of quality for exceptional design. The iF label is renowned worldwide for outstanding design services, and the iF Design Award is one of the most coveted in the world. All awarded entries are featured on the iF World Design Guild and are currently displayed at the iF Design Exhibition Hamburg.

This award announcement ties in with February 13th, which marks International Condom Day. With sexually transmitted infections on the rise yet condom use decreasing, the concept behind HEX™ was to shake up the perception of what condoms, and protected pleasure, can be;  HEX™’s wildly successful crowdfunding campaign shows that the public is more than ready.