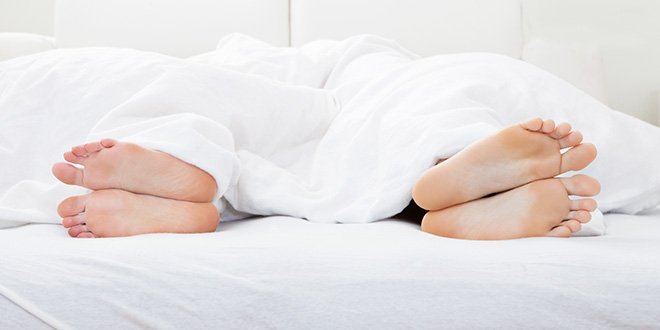 Hotbed of Unrest: Should You Go to Bed Angry?

‘Don’t go to bed angry’ is a piece of advice that has long been touted as crucial for a successful relationship, but does science really support a policy of staying up to hash it out?

‘Don’t go to bed angry,’ is certainly a well-worn saying at this point, and its thought to be based on the biblical passage Ephesians 4:26. “Let not the sun go down upon your wrath.”

The Thinking Behind It

The idea here is that if you don’t resolve an issue, negative feelings will fester and cause resentment.

This piece of relationship advice seems to be particularly divisive―for every person struggling to apply it in their relationship, there is always someone who swears by it­―and science may have a reason for that.

A 2012 study found that participants who were exposed to strong negative feelings immediately before sleeping (in the form of violent imagery) did not have diminished negative feelings in the morning; rather going sleep after experiencing negative emotions appears to reinforce or “preserve” them.

However, this data came from those who went to sleep right after exposure to negative emotions, and studies have confirmed what many of us know; it’s hard to get to sleep after an argument. The small study of cohabiting partners found that while all participants experienced sleep disruption after a conflict, the most sleep disruption occurred in people, especially women who were highly anxious in their relationship.

The takeaway seems to be this:

‘Going to bed angry’ may work for some couples but there is a strong case for waiting until the morning. Firstly, we are able to make better decisions when we are well-rested, and conflict resolution is handled better when emotions are not highly-energized. Taking a breath and deciding to continue the conversation in the morning can minimize the risk of saying something you really don’t mean in the heat of the moment.

To do this successfully though, you and your partner need to be on the same page about this ‘pause’ strategy, lest the other feel like their feelings are being discounted. As well, it’s best to spend your last waking moments not focusing on the dispute but forcing yourself to focus on other, positive aspects of your relationship.

Which strategy works best for you? Let us know in the comments below!