We often look to/at a woman’s breasts as a sexual part of the body, forgetting that the nipples are also a source of nourishment for offspring. Big, full breasts and hard nipples have the ability to drive people wild, while some women can even climax from nipple stimulation alone. Basically, a woman’s nipples are wondrous and beautiful. 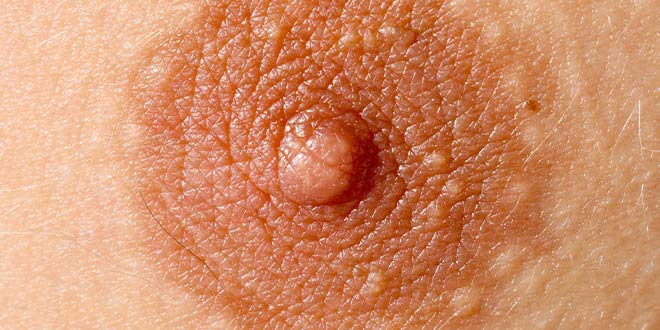 But what about men? They also have nipples, right? Why? Well, nipples are also considered an erogenous zone for males, but they don’t actually have any purpose… just like the clitoris (hold on, keep reading).

Then, why do men have nipples? Interestingly, nipples are formed early in gestation, before the genes responsible for the development of reproductive organs get to work, leaving both sexes with nipples.

Did you know that nipple tissue itself is actually erectile tissue, just like the clitoris and the penis? This means that, when stimulated, they become filled with blood, erect, and sometimes sensitive.

Your Go-To Guide on Nipple Play

Long story short, nipple stimulation can be a lot of fun for everyone involved. Which is why we’ve compiled a little guide on nipple play so that you can give some extra love to those tatas during foreplay and beyond.

Diving right in for the nipples is fine, but it’s probably not the best way to build up sexual tension and enjoy the full benefits of nipple play. Start off slowly by caressing the area/breast before you move onto broader strokes over the nipple.

Try to avoid pinpointed nipple stimulation at first so that the area can take time to adjust. Remember: it’s a journey, not a race.

After you’ve had your hands full, you can start using your tongue to stimulate the nipples. Try a strong, pointed tongue to flick, a flat tongue to lick, and a floppy tongue to lap. Circling it with your tongue is also a great technique.

And if you and your partner are into it, you could persist to nibble or bite the nipples for even more stimulation.

Nipples are great and all, but they too have their flaws… that is, their ability to chafe. When the nipples are stimulated excessively, it causes a lot of friction, which can be extremely uncomfortable.

To curb this, consider using your favourite lube. Don’t have a favourite? A silicone-based lube that contains vitamin E will not only reduce or remove the effects of friction, but also leave the nipples well-moisturized. Or you could try a flavoured lube, which is a treat for everyone.

Nipple play is not just about getting handsy or using your tongue! You can experiment with different props and toys too that some find incredibly arousing.

Nipple clamps not only provide stronger stimulation, but they also give you the chance to enjoy nipple play hands-free. There are tons to choose from, all with varying degrees of squeezing and pressure, so finding your muse is all part of the fun too.

The most important thing to note however is that you should clamp closer to the tip of the nipples as opposed to the base. The latter will trap blood in the nipple, whereas the former will give off a combo of pain versus pleasure.

Another great prop to use during nipple play is a nipple pump. These work by latching onto the nipple and sucking in order to get the blood flowing.

Nipple pumps can be worn for a few minutes to experience the ongoing stimulation, or they can be removed which will bring about a gushing sensation.

Second Wind with Your Sex Toys

Vibrating sex toys aren’t just for below the belt! You can use all kinds of vibrators or sucking sex toys to stimulate the nipples too.

As mentioned, nipples are made of erectile tissue, just like the areas sex toys usually target, which makes them perfect for the nipples and areola.

This one is a hit-or-a-miss, granted, but some admit that having their nipple pierced actually increases their sensitivity. If you like the look of a nipple piercing, it can’t hurt to give it a try (well, it could hurt a little).

Just remember to give it time to heal before allowing a partner to lick or play with it.

To conclude, we thought we’d add in a few random nipple facts just for the heck of it. Did you know that…

Evidently, the nipples are a gateway to increased arousal and some seriously sexy play! Which kind of nipple stimulation gets your motor going?