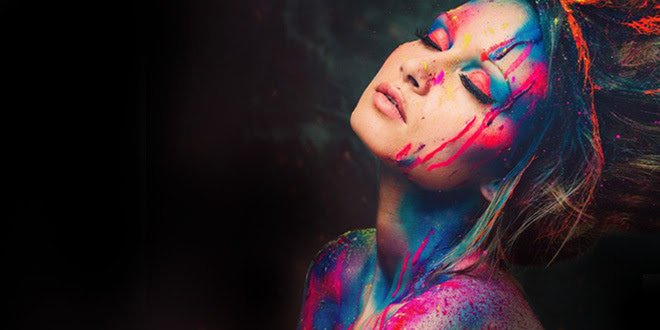 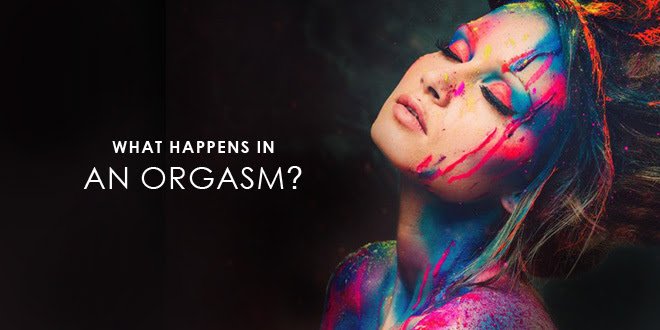 From a more fruitful career to increased health and well-being, our motivations for having sex are as varied as the ways we can enjoy it. However no matter the reason for embarking on the journey, the destination is always the same, and always enjoyable: orgasm city. Population: you.

But when you, like, really think about it – what the heck is an orgasm, anyway? Where do they come from, you know, physiologically speaking? Well put on a pot of coffee, pull up a chair and maybe grab a pen and some paper, because together we’re going to find out!

Let’s get started by quoting some of the masters like Dr. Alfred Kinsey, who describes your orgasm by saying it “…can be likened to the crescendo, climax, and sudden stillness achieved by an orchestra of human emotions… and to sneezing.” To which we say ‘bless you’, before pointing you towards some other masters – famed researchers Masters and Johnson, who broke down the process of arousal to orgasm in their 4-phase ‘Sexual Response Cycle’, which goes as follows

Beginning in less than a minute after sensual stimulation begins, this is when her vagina begins lubricating, expanding and lengthening (on the inside, doy), and her outer lips, inner lips, clitoris and sometime breasts start to swell. For him, his penis will begin to get erect, as well as his nipples, which may stiffen as well. During this time, both partners’ pulses and breathing patterns will begin to increase.

In phase 2, the reactions you both are experiencing during the excitement phase progress and intensify, with both partners displaying a ‘sex flush’ or ‘sex blush’ on their neck or face, and muscles may begin to spasm in your hips, hands, buttocks or thighs.

At this point his testicles will be drawn up into his scrotum as his penis becomes fully erect, and her vaginal lips will continue to become puffier while her vaginal opening narrows and her clitoris will disappear into its hood.

Bet you thought this would be the last of the four, didn’t you? Well you’d be mistaken, and as if to rub it in, this is the shortest of all the phases, clocking in at just a few seconds.

Both partners’ blood pressure, muscle tension and blood vessel engorgement will have reached their peak, while some people will experience a muscle reflex that causes their hands and feet to grasp.

When a man experiences that feeling where he knows he’s about to burst, called ‘ejaculatory inevitability’, is actually the feeling of seminal fluid collecting in his urethral bulb, meaning he actually is about to burst – call it a man’s intuition. Women will experience their vaginal walls closer to the opening contract rhythmically – some say they contract every eight-tenths of a second, but it varies depending on the climax.

This is the phase in which your body starts returning to its pre-arousal levels (fun fact: this phase tends to take longer for women than men) by reducing swelling in the parts that expanded and muscles begin to relax. His penis will become flaccid and he won’t be able to orgasm again for a time after, called the refractory period, which varies in length based on factors such as age and fitness levels. Most women don’t experience this refractory period and will be able to respond to additional stimulation all the way up to orgasm again.

While Masters and Johnson uncovered more about human sexual response and behaviors than had been done up to the time, what happens to the body is widely known. But what’s going on in your brain throughout the whole experience? We’re going to take you even deeper into what makes us tick, and by ‘tick’, we mean ‘have orgasms’.

Orgasms; They Get on Your Nerves

Your genitals are packed with a number of different kinds of nerves that send impulses to your brain; each perceives stimulus differently depending on where and how you’re being touched and because of this we can begin to understand why clitoral and vaginal orgasms feel different from each other.

The clitoris contains more than 8,000 nerve endings, however here are some nerves and their corresponding areas of the genitals they transmit stimulus from:

An interesting aside: all of these nerves run up to the brain through the spine except for the vagus nerve which bypasses it. It was discovered only recently that women with severe spinal cord injuries – even paraplegics – could still feel stimulation in their cervixes through the vagus nerve and even reach orgasm – something that patients of this kind used to be told they would never experience again.

This is Your Brain on Sex

Sadly, there hasn’t been much research on what’s happening specifically in women’s brains during stimulation and climax, but what’s been found in side-by-side studies of both sexes have found that male and female brains respond in nearly identical ways.

During climax, both men and women experience a complete shut down in the area of the brain directly behind the left eye. Called the lateral orbifrontal cortex, it’s the part of your brain that that controls reasoning and behavior, making orgasm a time when you literally lose control of everything, and in the best way possible. In fact, researchers viewing brain activity during orgasm state that it looks just like the brain of a person in the throes of a heroin high!

How women differ is that during sex, their amygdala and hippocampus greatly decrease in activity – both of these are responsible for dealing with fear and anxiety, which researchers theorize is because women need to feel safe and relaxed to be able to enjoy sex – it’s just a theory, though!

The Science of Faking Orgasms?

Some of the same studies that viewed climaxing brains in MRIs also asked female subjects to fake orgasms so they could see what would happen. During the performance, brain activity increased in areas related to movement, however the areas related to the pleasure circuit remained unchanged, meaning that the old “fake it ‘til you make it” method is not one based on science.