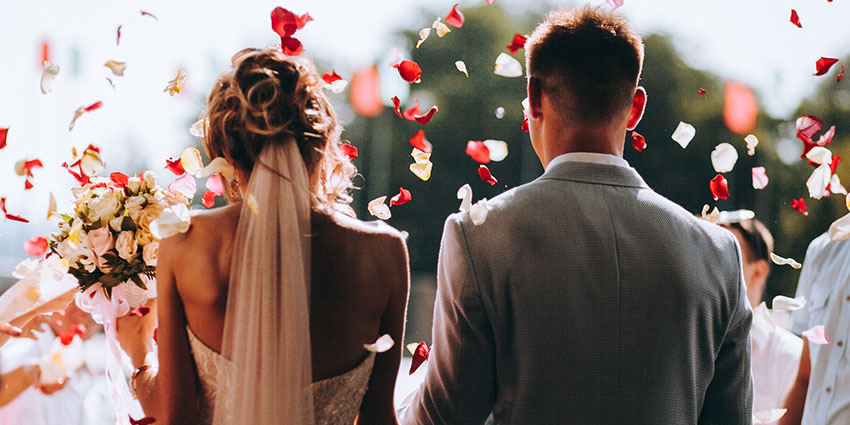 Relationship Ideals That Millennials (And Everyone Else) Need to Ditch Now

Did Millennials kill the so-called ‘institute of marriage?’

Millennials have the lowest rate of marriage compared to our parents and grandparent’s generations. We’re doing things differently than the folks who came before us, like moving in with our partners and focusing on shared happiness over jumping into a wedding dress and tuxedo and immediately popping out a few kids by age 21.

We’ve still got some hang-ups, though, and they’re far from insignificant in the greater scheme of our relationships. A quick browse of internet articles and advice forums on love and dating prove that finances, mental health struggles, gender-based assumptions, and old-fashioned ideas are hurting otherwise great couples.

If I could advise my fellow Millennials (and everyone else, to be fair) on kicking a handful of outdated relationship ideals to the curb, I’d choose these 4 offenders that seem to do the worst damage to couples.

Expecting Your Partner to Excel at Traditional Gender Tasks

Millennials haven’t exactly grown up in a society that cares about getting back to the basics. Many of us now 30-somethings (and those younger than us, too) wish we had the time to learn how to cook a mean dinner, or fix our own car troubles, or handle our own home repairs.

However, we’ve been a little busy working our asses off to pay down student loans and simply afford the insane costs of renting (since, let’s face it, home ownership is out of reach for many nowadays).

Either way, it’s completely unreasonable now (as it was decades ago, though no one would admit it then) to expect women to love cooking and excel in the kitchen, handle childcare with grace and perfection, and maintain a clean home on a daily basis.

Similarly, not every guy is going to know how to repair his own car, build a dream home from the ground up, or even put together an IKEA couch without heavily referencing the directions.

Instead of expecting your partner to come into the relationship knowing, well, everything they ‘should’ know based on their sex, make an effort to learn new life skills together. Share chores and food preparation, regardless of gender, and divvy up the life skill-type tasks – like sewing a ripped pair of pants or installing a TV stand – based on your natural talents and what you individually enjoy.

For all you know, you’ll wind up being a woman who hates cooking who’s dating a dude that absolutely kills it in the kitchen, or a guy that’s never owned a hammer and nails who marries a babe that can build a tree house after a single visit to a home renovation shop.

Adopting a ‘Me’ Attitude Towards Finances (Instead of a ‘We’ Attitude)

When it comes to financial differences – one of the top reasons that married couples divorce – navigating your respective bank accounts and incomes is tricky if you’re not already on the same page.

When you and your partner start to get serious about settling down, maintaining the single-life attitude of ‘I have money’ instead of ‘We have money’ is a greedy route to walk. Isn’t the entire goal of building a relationship to create a quality life for two?

When one of you succeeds financially, that success isn’t – and shouldn’t be – limited to only one person. It’s like one of you bringing home groceries and then only making dinner for yourself.

No one is suggesting, for example, that you rack up a huge bill on cosmetics or clothing using your partner’s credit card without asking them first, or randomly buy a new car with your savings when your partner just lost their job. You’ll still, of course, have to be smart about how you spend, whether together or apart, and you’ll have to stick to that agreement without going behind each other’s backs.

However, when you’re on the same page about spending, the money you each bring into the relationship can be seen as contributing to the whole.

For example: However far apart your incomes may be, why should the higher earner hoard it all and expect the lower earner to contribute the exact same amount to rent and bills (especially if the lower earner enjoys their job)? Aren’t you both, as serious partners, a team and working to better the life you share together?

Who is making the most money in the household is not important, so long as you’re both contributing to the betterment of the relationship and the financial goals you’ve set as a couple. Celebrate those individual contributions by sharing them with your partner.

Expecting Your Partner to Have Perfect Mental Health

In the United States alone, 6 million children and 366 million adults globally have been diagnosed with ADHD. In the US, depression is known to affect 21 million adults. An estimated 7 million adults have bipolar disorder, and an estimated 48 million suffer from some sort of anxiety disorder.

If you can find someone whose brain never sends them into a mood swing, sad spell, or state of exhaustion, please write to us. You might have stumbled upon the world’s first, real unicorn, or your partner is a cyborg in disguise (or they’re ‘masking,’ a learned behavior in which neuro-divergent folks do their best to hide or ‘mask’ their symptoms in an attempt to fit in and not effect co-workers, friends, and family).

Though Millennials, Gen Z, and today’s teens are increasingly more open about mental health, common psychiatric diagnoses and treatments are still heavily stigmatized. From partners downright gaslighting their SO about their daily struggles to being ghosted by a crush after opening up about having a mental health diagnosis, dating and relationships can be incredibly painful and unfair for folks with a mood or personality disorder.

Truth is, you’re very likely to fall for someone who struggles with their mental health in one way or another. These issues don’t need to be a deal-breaker, though. Having a supportive partner who encourages gentle healing, plenty of rest when needed, and healthy medical treatments or self-help can literally change the life of someone whose brain works a little differently than everyone else’s.

The exemption is, of course, if your partner is using the state of their mental health to engage in physically or emotionally abusive behavior which they refuse to acknowledge and/or make serious attempts to work on. Seek couples counseling or the assistance and possible intervention of trusted friends and family if a partner’s behavior becomes narcissistic.

Expecting Long-Term Love to Come Without HARD Work and Conflict

Somewhere along the way – likely due to bad advice and Hollywood romance films – couples started to believe love was a thing that just happened, and that when conflict began to occur too often, it meant you weren’t in love anymore.

The old-fashioned idea of ‘love,’ as it turns out, is actually more like infatuation. It happens seemingly and passionately at random, and feels like it was ‘meant to be.’ That’s what happens when you’re crushing. It’s a good way to find someone to love in the long term, but to keep a partnership going, you’re going to need more than that initial boost of dopamine, aka the ‘honeymoon phase,’ when you’ve got more butterflies in your stomach than arguments under your belt.

Love, however, is something that’s built. It doesn’t just show up overnight. Love happens when you both work hard to argue less, compromise more, and share happiness in-between. Love happens when you’ve been through hell together, and you’d do it all again if it was the only way to keep your partner in your life.

If you really, truly want love, you’re going to have to work for it, and that means working on yourself just as much as the relationship. While neither of you will be able to be your most perfect, ‘best selves’ every day of the week, you’ll need to hold space for each other when things aren’t going as you’d hoped.

More often than not, life will be an uphill battle, but when you’re both committed to the hike, your relationship will be stronger when you reach the top.