The secrets of Taoist sexology

Wouldn’t it be great if you could heal your mind and body while having some great sex? That is basically what Taoist sexual practices are all about – adding some spirituality as cream on top of the great sex cake for the more new-agey crowd.

Joking aside, the belief that the world and our bodies need to align themselves with the higher natural order of things called Tao produced an extremely fruitful and interesting approach to sex within Taoism, the old Chinese philosophical and religious tradition. As it puts a strong accent on shared and balanced pleasure of both partners, sharpening of the senses, and strengthening of the body and its structures, much of the Taoist sexology can serve as a good source of ideas and exercises for explorers of spiritual sexuality and sexual self-improvement. Let’s take a look at some of its main concepts.

The joining of the essences

A very important aspect of the Taoist philosophy is dualism – the idea that the opposing forces of the universe complement each other and work together in a balancing way. The concept is perfectly embodied in the Taichi symbol, widely known as Yin Yang. Another perfect embodiment of the principle is the sexual unification of the opposite sexes – mixing of the male and female principles, bodily fluids, penetrative and receiving energy… In the sex act, referred to as “the joining of the essences”, Taoists saw a way to boost your life force, improve general health and attain longevity, but also gain spiritual progress.

The importance of preservation of male energy by retention of seminal fluid is a common theme in various traditional eastern sexologies. Some of them prescribe against the male orgasm and ejaculation in general while others, including Taoism, put severe restrictions on how and when one is supposed to ejaculate. The core idea behind this restriction is that the expulsion of sperm also drains the male energy – in the form of hormones, vitamins, minerals – and on top of that, the elusive life force in general. It is worth mentioning that contemporary science has an opposing view on ejaculation and that repeated studies have established a beneficial effect of frequent ejaculation on the incidence of prostate cancer. Furthermore, although science does agree there are useful nutrients in sperm like proteins, some vitamins and minerals like zinc, the loss is not something that should be considered significant for a healthy male, let alone give credit to the alarmism of some of the ancient sexologies.

Taoism is not straightforward in addressing the issue of acceptable ejaculation frequency and instead correlates it to a man’s age. While younger bodies can recover from the loss at a much faster pace, the aging process increases time required to replenish the energy. The theory proponents even developed an actual mathematical formula for calculating when it is reasonable to bust a nut, which goes like this: (chronological age) x 0.2 = (minimal days between ejaculation)

For example, a 45 year old man should ideally wait at least nine days to shoot his load. A 17 year old boy can get by safely if he does it as often as every three and a half days –  which actually seems like a much harder job to anyone who has personally experienced the spunk-fest of male adolescence.

Ideally, however, a man would completely avoid spilling his seed should he obey the Taoist approach. Luckily, things lighten up from there because the theory does not equal ejaculation to orgasm (neither does western science for that matter). Instead of ejaculating, a man can perform a so-called “injaculation” by firmly pressing a specific spot in the perineum region close to the anus which redirects the sperm back to the prostate. In Chinese acupressure, the spot is known as the Jen-Mo point, but some masters of Taoist sexology also refer to this sweet spot as “The Million Dollar Point”, clearly illustrating the importance they ascribe to it. They claim that by learning this relatively simple technique, every man can enjoy multiple orgasms in every intercourse while preserving his sexual energy – a promise worth enough to adjust that million dollar name for centuries of inflation.

Another interesting Taoist concept connects reflexology and sex. Before we dive deeper, it might be useful to explain the main idea of reflexology – the belief that different parts of the human body, especially internal organs, are mapped within other parts of our body. Reflexology thus often treats certain health issues by applying pressure on different points on the hands, feet, or other body parts. According to Taoism, the same applies to sex organs as overstimulation of parts like the clitoris and glans penis, while at the same time neglecting parts such as the penis shaft and deeper structures of the vaginal wall, can cause a lack of balance with other organs, which can consequently lead to compromised health. From this stems a unique approach to medical treatment of various health issues by having sex in a certain pose and in a carefully prescribed way – monitoring the rhythm, depth, and frequency of thrusts.

For example, a pose like the well-known and widely adored cowgirl may treat things like low blood pressure in men and general issues with nerves in women. There’s hardly any complaint about the efficiency of that cure; a good girl-on-top session can certainly both raise blood pressure and calm the nerves, and as far as pleasure goes, it beats just about any medical procedure you’ll get from a regular doctor.

Check this out: Shamanism and sexuality 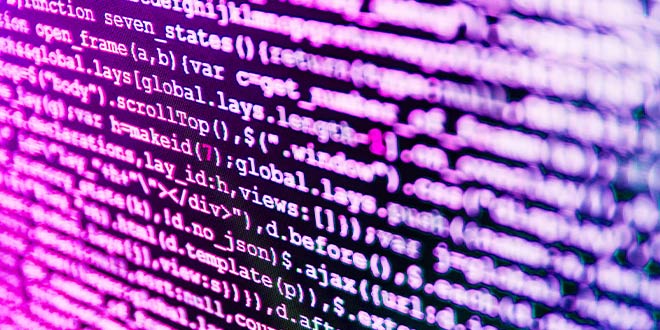