The Standby Spouse: Is A Backup Boyfriend Normal?

We have very complex mating strategies as a species. Research shows that heterosexual women will adapt their behavior and the way they dress depending on the kind of relationship they’re looking for. Whether it’s innate or it’s down to external, cultural pressures is an important consideration, but whatever the reason, straight women looking for a long-term relationship will tend to dress more elegantly and display behaviors that emphasize loyalty and fidelity. Those looking for something more casual will display more competitive and narcissistic behavior patterns, and will generally have backups in case their search for something new is fruitless. 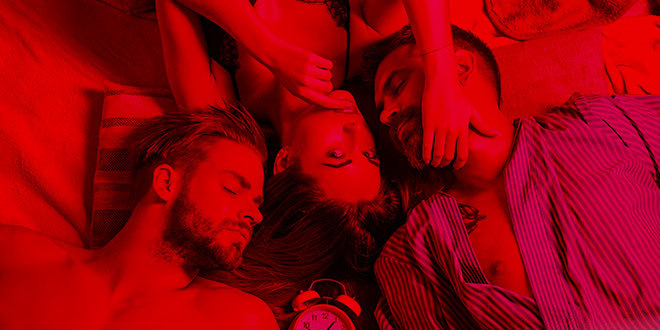 A 2015 study found that straight women in college have an average of 3.78 men on standby – men they’re keeping at arm’s length while signifying some ambiguous sexual interest. This is completely normal, and even in the most stable relationships, it’s common for both partners to have someone in the background should anything go wrong with their current relationship. It’s like a perverse kind of insurance, and we all do it, whether we know it or not. Usually we’re completely unaware that we’re doing it.

In terms of evolutionary biology, it’s a perfectly reasonable thing to do. We have a better chance of passing on our genetic information by producing as much offspring as possible. Having a backup boyfriend in case the current relationship breaks down should provide all the evolutionary pressure a heterosexual woman needs to have another man in reserve.

After all, people start looking and interviewing for new jobs when they don’t feel satisfied by their current one. Another recent study indicated that, indeed, women who indicated they were unhappy in their current relationship were more likely to have a backup waiting in the wings, showing just enough interest in them to keep them on the line, but not too much to give a false impression. It’s a balancing act and, as I mentioned a moment ago, we’re not usually doing it consciously, much less maliciously.

The same pattern was noticed in women with less inhibited sex lives. Put another way, women who highly desire commitment-free sex and find empowerment in it are likely to have platonic male friends who closely match what they look for in sexual partners, and are more likely to report that they have men in reserve.

Age is also a factor in the backup boyfriend scenario: younger women are much more likely to have one than older women. The reason for this is not immediately clear. It could be that as a woman approaches menopause age, the necessity for backups is weakened, while a younger woman has a kind of biological pressure on her to be as productive as possible. It could just be a cultural aberration. It could be both. Or neither. More research is required.

It’s possible that personality traits play an important part in this too. More narcissistic people tend to engage in more competitive mating strategies, and as such are more likely to have a backup boyfriend.

The most recent research suggests that one in five heterosexual women in committed relationships have a Plan B man, a man they keep as a friend, but with subtle sexual undertones to their friendship. Whether or not this is a healthy, or useful, dating strategy is not for me to say. Objectively, it would seem to make perfect sense but, emotionally, there are elements of a subconscious kind of manipulation at play, especially given the complexity of our psychosexual and social behaviour.

But one thing’s for sure: we all do it, whether we mean to or not, and it seems there is a sexual undercurrent to most heterosexual, platonic friendships between men and women.