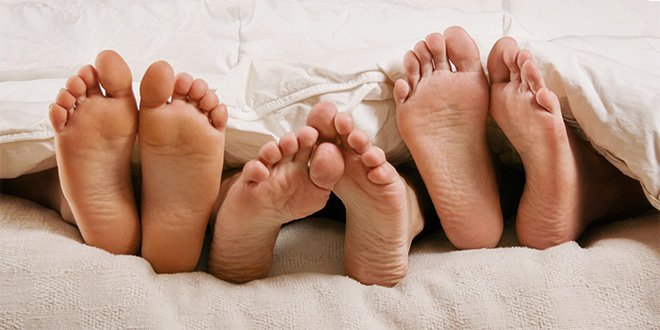 Threesomes, “hall passes,” and swinging; these terms have been popping up with more and more frequency in the conversations of couples (and between friends) both inside and outside of the bedroom.

Clearly, the concept of what fidelity means in a modern relationship has shifted and changed, but does that mean monogamy is passé?

Non-monogamy (also called ‘ethical non-monogamy or ‘open relationships’) is a large umbrella term for various relationship models that involve one or more partners having multiple sexual and/or romantic partners at the same time. Sometimes this means swinging, or sometimes it means dating and falling in love with people, called polyamory.

The key to these types of relationships is that all parties involved have discussed and agreed to the arrangement (whichever form it may take) and also to the degree that information about what they do is shared with each other, their other partners, and friends or family members.

While there are no hard numbers for how many people consider themselves non-monogamous, there are some theories as to why. Many believe that monogamy is an unnatural state given that it is seen in nature significantly less often. The rise of online communities that let people anonymously discuss their relationship problems and desires and find like-minded individuals has certainly contributed to the discussions of non-monogamy in modern life; the influence of the LGBTQ movement has likely played a large role.

Again, while the concrete numbers concerning the number of people within the community who practice non-monogamy don’t currently exist, and therefore cannot support or refute the stereotype that gay and lesbian couples are less likely to be monogamous, there is some anecdotal reasoning to support it: as people in the LGBTQ community grew up knowing that their relationships were going to look different and follow a different path (particularly pre-marriage equality) than the relationships they saw around them, they were able to step back and look at all the things we tend to assume are ‘normal’ or expected in a relationship and decide on a case by case basis whether it would work for them.

Just because different types of open relationships have found enthusiasts and (some) acceptance doesn’t mean that monogamy is gone for good; there are just more and more people realizing that it just isn’t workable for their relationship.

Couples are becoming more and more comfortable discussing what aspects of sexual compatibility are necessary for their happiness, which includes monogamy or the decision to not be monogamous, whether it’s to spice things up by inviting other people into their bedroom, or being able to express romantic feeling for more than one person.

Following a one-size-fits-all relationship model just because that’s what is expected doesn’t make much sense, yet that doesn’t mean open relationships are better or worse than monogamous relationships, or even that every couple that tries different degrees of openness will find it works for them.