Here in the western world, we generally only pursue three approaches to sexual health and sex therapy: psychological, education, and medication. The psychological approach emphasises counselling to improves the whole gamut of the relationship. Education seeks to correct sexual misconceptions and encourage whole-body sensuality. And the medical aspect tries to correct things like erectile dysfunction and premature ejaculation through chemical therapy.

All of these approaches are successful in one way or another, and depending on the individual, can have lasting benefits that truly deal with whatever problem that person is experiencing. But it’s not the whole story. There’s another approach that combines all the best benefits of these three approaches, but requires to no external input and no medication: yoga.

Yoga has eight elements, although only two are popularly practiced in the west: meditative breathing (pranayama), and movement (asanas). Now, research is starting to pile up that seems to corroborate what has been known to a few for centuries: there is a direct correlation between performing yoga, and an improvement in the quality of sex.

The best sex happens when its relaxed and thoughtful. Relaxation concentrates the supply of blood in the core of the body where it’s readily available to our sex organs instead of into our extremities, where it can usually be found when we’re feeling stressed or nervous. As deep relaxation is allowed to seep into sexual arousal, the arteries that supply blood to our genitals dilates, allowing extra blood and oxygen into the penis and vaginal walls. This results in firmer, longer-lasting erections for men and heightened sexual sensitivity in women.

Really, anything that naturally reduces anxiety improves sexual function to some degree, since relaxation is so fundamental to lovemaking. This isn’t opinion, it’s borne out by more and more recent studies. Indian researchers, for example, assessed the anxiety of fifty medical students, who then began practicing yoga. Their anxiety levels quickly reduced. Another medical study showed that yoga decreased the level of cortisol, a stress hormone, that the body produces, thereby elevating your mood. It’s a simple equation: stress leads to sexual problems, and those problems cause more stress. Yoga, on the other hand, reduces anxiety, and therefore enhances sex and addresses stress-caused sexual issues.

A similarly simple equation can be used in reference to blood flow. Activities that enhance arterial blood flow, like exercise, by definition improve sexual function. One of these functions includes penile erection. Exercise has long been proved to enhance erectile function, and it’s regularly prescribed by doctors and therapists in the treatment of erectile dysfunction. The University of California studied 78 sedentary older men by enrolling them in either a walking program or a vigorous exercise class, and after nine months, the walkers reported a slight decline in sexual vigour, while the more vigorous exercisers reported a reduction in erectile dysfunction and greater sexual satisfaction.

There’s also evidence to suggest that yoga improves orgasm intensity, frequency, and satisfaction. The orgasm cycle across genders involves rapid contractions of the pelvic floor muscles. Western sex therapists often prescribe Kegel exercises to help intensify intimate sensation and orgasmic satisfaction. In yoga, the pelvic muscles are often engaged automatically, without the practitioner being particularly aware of it. They’re used predominant in more athletic and strength-based yogic exercises, in which the pelvic muscles are referred to as moola bandha. These are strengthened by yoga almost by default, as the Kegels are in western sex therapy.

Taking a beginner’s yoga class might seem like a big step. But it’s not, and yoga teachers are amongst the most relaxed, understanding, and non-judgmental people in the world. Whether they know it or not, they’re also excellent sex therapists, and listening to their advice and dabbling in yoga, even if its at home alone with a youtube video for instruction, you’ll start feeling the benefits of it quickly, in your sex life, and in your general wellbeing. 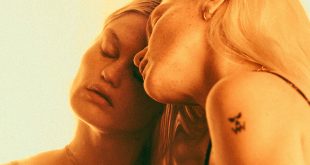 What Would Freud Say About Your Dreams? 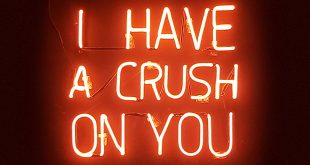 The Strange Rules Of Attraction 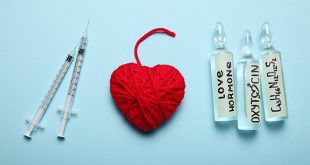 Happy, Healthy & All Loved Up: What is the Hormone, Oxytocin?