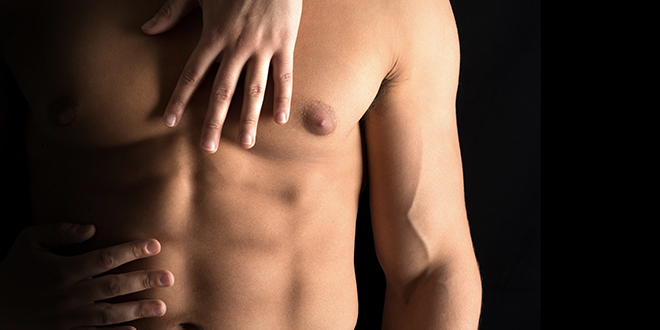 It was high summer, and I was on one of my paid dates – with a woman you understand.

She had hired me as a walker through my usual agency.

If she had had any idea of my proclivities, she didn’t mention that she knew.

She was German, and younger than my normal clients, who were generally rich divorcees in their late forties or fifties.

Gerta—let’s call her Gerta—was thirty-eight. She was a CEO of the German arm of some office management company or something. I will be honest, I kind of zoned-out when she tried to tell me what she did.

But she was a lovely young woman and I felt for her. She worked too hard, kept meeting remarkably stupid men and I could tell that somehow she felt she was living a life that had been laid out for her by parents or her education or who-knows-what. But it certainly was not the life she felt that she should be living.

Tell me about it.

She just seemed to lack the courage to do what she really wanted.

Hiring me was probably the most daring thing she had done in her whole life.

Her company had hired the officer’s mess at an old Cavalry Regiment barracks in the extended grounds of Windsor Castle to hold their annual general dinner. This was the state of our once grand army, left so skint that they had to hire themselves out to German paper manufacturers.

I met her in a small hotel in the shadow of the castle. The owners felt the shadow afforded them a cache and so they charged astronomical prices to tourists who congratulated themselves that they were breathing the same air as the royal family.

I arrived from London and asked for my client and they sent me to her room.

She was half in what looked like a mermaid dress, a mesh of overlapping diamante disks solid as a rock and she could not get the zip up.

It was low-cut and incredibly tight at the front. Her ample breasts threatened to fully pop out, but somehow her nipples kept submerged.

The room was the size of a matchbox and I was sandwiched between a large Victorian dresser and her buttocks in order to zip her up.

She was quite flushed when I succeeded and she turned around. Her breasts heaved and I was fully expecting to have to catch them as they leaped free. Fortunately, they did not.

The barracks’ dining hall was four hundred years old and the walls covered in oil paintings of moustachioed Commanding Officers, many on horseback, from those last four centuries – staring down in stern disapproval of the paper manufacturers who were sweating in the heat of a thousand candles, and slightly drunk on free champagne and imagining themselves warrior survivors from some fantasy battle or another.

My date was very popular—she was the only female managing director and her colleagues from around the world, every one of them married and many in the presence of their wives, were universally lusting to get inside that mermaid dress.

I could see why she had hired me.

A couple of lecherous no-chins approached her and leered, and she grabbed my hand, clung to me and pushed her breasts against my chest.

The lecherous ones stared at her breasts and then at me with considerable animosity.

I had sworn not to drink. It was a rule of mine when on a paid job, and consequently I had glugged nearly a whole bottle of very good claret during the six course meal.

It may have been the claret, my imagination, or a reality, that thirty-five overpaid, overweight, over-cologned, badly dressed, middle management paper execs stared at me like a flock of angry penguins.

I sighed the contented sigh of a gay man living well above such petty jealousies, looked down at the cleavage below, and into her eyes looking back adoringly at me. I looked at her with the compassion and calm, the condescension, of someone who has not the slightest sexual interest in the person who is desperate to take and be taken by you. And then the gods took their revenge.

For there, on a small dais raised above the level of these sorry titans of industry, stood a real god.

He was in his early thirties, perhaps, in dress uniform—tailored scarlet heavy cotton stretched across his broad shoulders with brocade, a heavy black leather belt at his slim waist burnished like a mirror, a broad satin stripe down his skin tight trousers tucked into black-heeled riding boots burnished as bright as the belt and spurs. He had real spurs. And a sword. And a waxed moustache. His hair brushed back from his aristocratic brow.

His eyes flicked across me, showing no particular interest, and followed a figure that passed close by me. As he watched this figure, a slight smile played across his face and he fingered his waxed moustache like a Bond movie villain.

The figure was a young waiter, a soldier of no rank, a grunt, who was serving the canapés to us civvies.

He held his silver plate high on a flat hand and flicked his hips elegantly as he danced between the drunk clientele. He was young, maybe twenty-two, fresh faced, cherry lipped, dark-eyed, and a boyish beauty in contrast to the man up high—a Petroclus to the Achilles on the dais.

He looked up at the warrior god on the stage and there was a smile on the boy’s face and a glint in his eye.

Achilles adjusted his sword, cocked his head slightly at the waiter and disappeared off the stage and through a heavy-curtained doorway. The waiter put his tray down on a table, glanced around to see if anyone was watching him and stepped through the curtain.

The heaving-breasted mermaid beneath me asked if I would like more champagne.

She stepped away from me to fetch it.

And I stepped away from her and through the curtain.