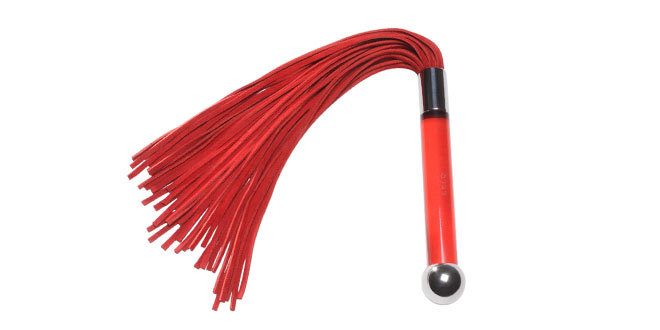 There was a different world beyond the heavy velvet curtains.

A long, high-ceilinged empty corridor.  The age of the building was more obvious – heavy flagstones on the floor, dimpled from four hundred years of heavy riding boots – and a musty smell of leather and a faint taste of metal in my mouth and, I thought, straw.

At the very far-end of a long corridor there was a noise of a large kitchen in action and a chef hurried past an opening.

But there was no sign of my Achilles or his companion.

And then I heard a tangible gasp from behind a half-open door to my right.

I glanced around, no one was watching or passing, and so I slowly pushed the door open and stepped inside.

It was very dark – my eyes took a moment to adjust – and then I could see where I was.

The smell of slightly damp leather and tack-metal was heavy in the air and I could taste it on my tongue.

And then I heard another gasp.

Moonlight spilled through an open double-door at the far end of the room, and beyond I could see, dimly, the heads of horses peering out from stables in the yard.

But in the moonbeam that penetrated the room where I stood I saw two figures illuminated.

One was on his knees, his hands resting on a wooden saddle barre in the centre of the room. Behind the barre stood another figure – the moon shone on the medals across his chest and caught the glint of a sword hilt at his thigh.

This soldier leant forward a little and gripped the barre tightly in his hands – as, before him, the cherry-lipped soldier gripped his cock firmly in two hands and gently placed his lips around the huge head – and licked and sucked.

My Achilles spread his legs a little and gripped the wooden barre tighter as the young man rubbed his cock firmly in one fist, his other hand gently stroking his balls and his lips and tongue flicking across the head of his manhood.

I felt my heart hammering in my chest and my own cock stirring hard in my pants and I stepped closer to see more.

Now I saw the veins stand out on his magnificent tool – and as the cherry-lipped one leaned back to take a breath, a tiny bead of liquid seeped out the eye – and then his cock was gone again – disappearing deep into his adorer’s plump mouth.

Achilles moaned loudly and there was an echo.

I couldn’t help it. It just slipped out. And I found that my hand was firmly grasped against the large bulge in the front of my own trousers.

The tableau in front of me froze.

The heads of both men turned rather slowly towards me and took in the whole of the comic effect – me, mouth open, hand on bulge, staring.

Achilles stood up ramrod straight and his server let his hands and mouth drop away from his cock – which remained ramrod high like its owner.

In what seemed like slow-motion, he stepped towards me and his face was stern – almost fierce.

He arrived before me, gripped one of my arms in the vice of his own fist and dragged me the three metres to the wooden barre.

Without a hesitation, he pushed me roughly to face the barre, grabbed my wrists and placed my hands on the barre.

I looked up at his face a second – I did not move my hands – I said nothing – it said a lot – the tiniest smile played on the lips beneath that heavenly moustache.

And then, quick as a flash, he snatched thin martingale reins from behind me and bound my wrists to the barre – pulling the thin leather tight till it pinched into the skin of my arms and I immediately felt the tingle in my fingers as the blood flow was cut short.

My cock had a different reaction and immediately it ached as it strained tight against my fly.

Then, with a tearing of material, Achilles grabbed my trousers and yanked them down.

He kicked my ankles apart with a clank of his spurred boots.

My cock, leaping free now, was caught deftly by the cherry-lipped one before me, and immediately, he took me in his mouth.

I arched my back and moaned.

Achilles looked down on me and a dark look crossed his eyes.

He picked a riding whip from a bucket and smacked it against the wooden barre in front of my nose.

He lifted the whip above his head.

The cherry-lips took me deep, and Achilles struck down, hard, on my bare buttocks.

He struck again. And still it was good.

The cherry-lips, excited, gobbled at me and I saw him rub at himself low in the shadows.

Again, Achilles raised the whip and brought it down harder than before. It hurt like hell.

And Achilles chuckled and hit me again.

The lips pulled me from his mouth, and my cock was like wood, it was so hard.

And Achilles raised the whip again – I gasped but said nothing.

He dropped the whip and unbuckled his pants – his cock was a thing of wonder standing in front of me – huge.

With slightly shaking hands, he grabbed a tin from beside him and smeared a wax on my ass and immediately pushed a thick finger inside me – he smacked me hard across my buttocks and I gripped the barre hard.

The cherry lips lifted a leather band to my mouth and pushed it between my teeth – I bit down on it, grateful.

Again, the lips dipped delicately to my cock and he held my balls gently in my hand as, behind me, I glanced back and saw Achilles part my cheeks with his thick fingers.

He paused a second for effect, took a deep long breath, and slowly pushed into me.

It hurt – he paused an inch or two inside – I relaxed – and then he filled me in one long push.

I gasped and could feel myself about to come almost immediately.

My knees shook like a scared filly – I whimpered.

He hit me hard across the buttocks again.

My sperm hit the back of the cherry-lips’ throat and then he ripped me out and rubbed and I spurted all across his pretty face.

Achilles groaned – pulled himself out – dragged my head around by my hair – lifted his cock high to my face and spurted across my lips and cheeks.

I tasted his sperm as it dripped across my mouth.

As I tried to control my shaking limbs, and through my blurred vision, I saw a mermaid at the darkened door – her diamante scales lifted up past her bare hips and her fingers rubbing hard between her oh so human thighs.

Back at her hotel I unzipped her dress slowly – and it seemed churlish not to give her what she so desperately craved.