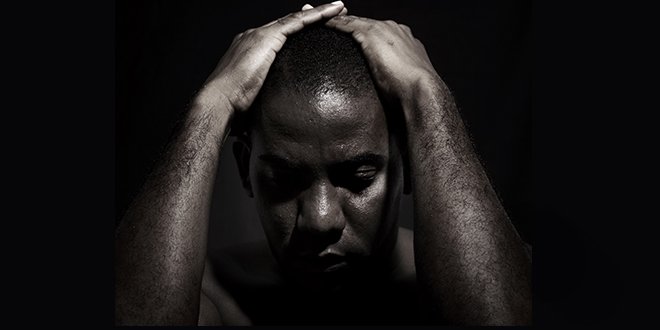 Don’t Suffer in Silence! The 5 Most Common Sexual Problems in Men

Like all other facets of physical well-being, our sexual health can occasionally go awry. Whether rooted in reasons physical, neurological or psychological, it’s important to treat intimate health issues just as you would any other: quickly, and with expert insight from a qualified practitioner.

Realistically, however, a misplaced sense of embarrassment sees too many of us delay seeking help for eminently treatable problems. Anecdotally, men are guiltier of this than women.

A 2012 study by Centers for Disease Control and Prevention found that while 81.3% of US women aged between 19 to 25 had visited a doctor in the past 12 months, men languished behind at just 58.3%.

And yet, a 1999 study published in the Journal of American Medical Association found that 31% of men aged between 18 – 59 experienced some sort of sexual dysfunction (taken here to include anything from low libido, erection problems, inability to or premature ejaculation, and anxiety about performance). The stats would seem to support the hearsay: for multiple reasons, men don’t get themselves checked out for all kinds of problems – likely including sexual ones.

The thing is, at any age, sexual dysfunction is largely far from inevitable. Men’s sexual anatomy is like a complex machine, hooked up to all kinds of organs, hormones and functionalities. For that reason, it’s a reliable barometer for a whole host of underlying – and eminently treatable – health conditions.

Here’s a lowdown of the most common issues men should look out for: Be aware, watch for symptoms and don’t delay seeking treatment. After all, your pleasure depends on it!

What Are The Causes of Sexual Problems in Men?

Just as with women, sexual problems in men can be broadly attributed to two main causes. The first are physical – changes in the body due to things like chronic disease (cardiovascular conditions, or disease of the liver or kidneys for example). Lifestyle can also play a part – issues such as substance abuse (including alcohol), smoking, and obesity. Also useful to know: certain medications have also been linked to sexual problems – some antidepressants included.

Second and arguably more complex are sexual problems rooted in psychological issues. Stress is particularly insidious, be it related to work, family, money or relationships. Anxiety around performance, or trauma linked to past sexual experiences can also wreak havoc on intimate function, desire and health, further compounding symptoms of depression.

Like physical conditions, psychological ones are not to be treated lightly. If intimacy is raising a red flag, seek help to tackle the root cause. On a relationship level, don’t underestimate the benefit of honest communication and for erectile unpredictability, practicing mindfulness is a great first step towards better health.

While it’s totally normal to occasionally struggle to achieve and maintain an erection – with anything from performance anxiety to too much booze to blame – consistent episodes may point to more serious underlying health conditions. They include prostatitis, diabetes, hypertension or other cardiovascular conditions.

Psychological factors like stress can also contribute, as can certain medications. Although commonly mis-associated with advancing years, it’s far from an inevitability of age. What’s more, a 2013 study published in the Journal of Sexual Medicine found that one in four men newly diagnosed with ED are under 40 years of age.

A common complaint among men of all ages, premature ejaculation impacts some 30% of all men according to a 2006 study published by the International Journal of Impotence Research. When it occurs regularly, it’s understandably distressing for guys – and their partners. Some pitch the cutoff time at under one minute – others less – but wherever he falls on the spectrum, help is available.

While the inborn biological background for PE isn’t wholly understood – it includes abnormal levels of testosterone, neurotransmitters, as well as reflexes – it can also be a symptom of thyroid problems, as well as inflammation of the prostate and urethra. In other words, get it checked out!

The opposite of PE (see above), delayed ejaculation means a diminished – or non-existent – ejaculatory reflex. For some, that may equate to a total inability to orgasm. It can be extremely upsetting, and should not be ignored. One study puts sufferer’s duration of intercourse at “25 or 30 minutes.”

Definitions vary, and an orgasm rarely results – for either party. If this is happening to you, do speak up! Like other sexual problems, medications may be to blame and might be replaceable with a comparable drug. For others, DE is a symptom – and aggravator – of anxiety, fear, trauma or repression. Whatever the cause, a first step is communicating the problem to a partner or medical practitioner.

Perhaps the most difficult to define of the lot, and certainly the hardest to explain is diminished desire: it does affect some men – seniors in particular – for all kinds of reasons. Nonetheless, we’d be remiss not to mention that sex, in part for all its oxytocin-emitting effects, is really, really good for you, particularly in advanced years!

Hormonal causes such as low levels of testosterone might be behind reduced libido, and depression is also a key culprit with desire a valid barometer of overall mental health. Diseases such as diabetes, as well as conditions like obesity, high blood pressure, and high cholesterol can also play a part. Don’t let desire needlessly dwindle – talk to a doctor now.

Far from an exclusively male problem, STIs don’t discriminate. Not matter age or orientation, sexually transmitted infections and diseases impact everything from pleasure and quality of life, to fertility and lifespan.

Unlike most others on this list, however, they’re on the one hand largely avoidable – wear a condom, and get tested regularly! – Regularly, by the way, meaning at least once a year if you’re non-monogamous, even if you use condoms every time. But, in certain cases such as an antibiotic-resistant strain of so-called ‘super gonorrhea,’ frighteningly untreatable.

For the most part, however, this isn’t the case, and common STIs can be quickly, easily and painlessly dealt with. Don’t rely on physical symptoms – did you know a whopping 94% of men with mycoplasma genitalium experience no symptoms whatsoever? – just go get checked out.

There you have it: five of the most common sexual problems for guys. For the large part, most are treatable, so don’t delay. Every one of us is all capable and deserving of sexual pleasure. If you’re just not feeling it, do speak out – satisfaction is one thing, but intimate issues could also be symptomatic of any number of manageable and even curable conditions. Be aware, seek advice, and feel better.