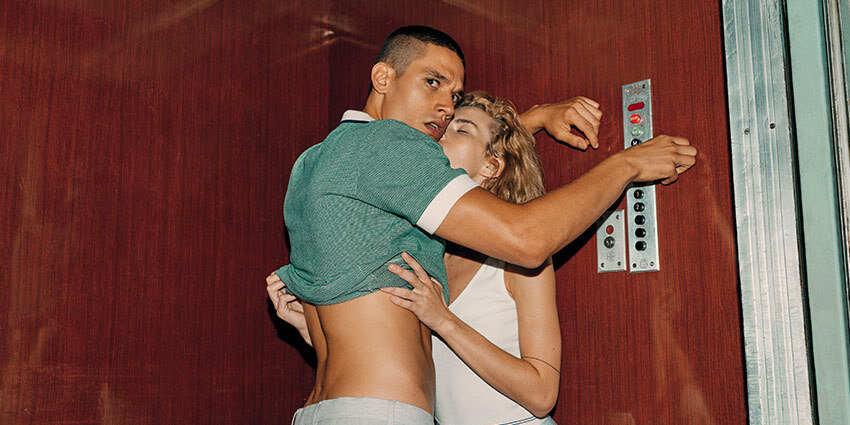 I was young once. Too afraid to give into my desires. Looking back now, I wonder how I resisted, but more interestingly, how I am so free to being face down, ass bare in the air, ready to take submissive orders today.

We went to a place far enough from home to have all the freedom we could want. It started with a text I always laughed off, “I still want you.” On this day I replied, “I’m starting to believe you.” For a while now, I’d pretended it doesn’t mean anything so that we could move on to casual conversation and didn’t have to wake up to our unfinished business.

“I had a safe box that I packed up all these feelings in and I hid it away and you’ve just unpacked it and now I’m just… I don’t know.”

“Never mind, I just remember you, what you feel like.”

We’d chatted on and off for months and I even had my first encounter of online sex with him. He texted me what we’d feel like together again and I could hardly keep a straight face in my office, wet and wanting. I was high on that for weeks.

When we arrived, I remember thinking I shouldn’t have come, suddenly overcome with guilt. He took off my clothes and touched every single part of me, he kissed me everywhere. He ate me up and I came and my legs wouldn’t stop shaking. Here I was being childish and he was so gentle and so passionate and willing to give and take only as far as I was willing to go.

He laid on top of me resting his cock right on me. I wanted so much to feel him inside of me. He motioned up and down against my clit and I gave into the motion and moved with him in the most sensual, most earth-shattering missionary ever. I could feel him hard and warm against me, just about to enter.

He held my ankles and tucked them in under his knees so I was firmly in place. I was wide open and wet and, still, he only rubbed up against me. He felt deliberate and deep and I pulled him towards me. I came and held him tightly as he grinded harder. My body relaxed as he came on my belly and I’ll always wonder if he enjoyed that encounter as much as I did.

On our drive back he said, ever so casually, “You know, if you ever asked me to make love to you, I won’t say no, just so you know.”  That was years ago.

More recently I went to see him and stayed the night and the passion continued into the morning. We’d shared a few conversations about kinky sex and I found that I fantasize better than play. Today, I decided I’d play.

He left for a half-day in the office and when he was due back, I texted him, “I am your submissive, your every wish is my command. I brought two tripods. You can place them where you want them when you arrive. You’ll find me ready to take orders.” He’d asked me to record ourselves once and I was shy about the idea of seeing myself like that. “We’ll watch it and get busy again, and then delete it immediately.” Today was the day all my shells were breaking.

When he arrived I had the tripods placed on opposite ends of the bed, out of view of each other. My phone was already recording.

He knelt down behind me and started eating me out from behind. I was wet just from the anticipation of him finding me in that position. He stood up, slid two fingers in and curved them towards my g-spot as he pinched my nipples. I was dripping wet and he was panting with excitement. I was breathing heavier and harder and he reminded me, “Not until I give you permission.”

He took off his pants and laid on the bed. I held his cock in my hand and pumped him up and down and took his balls in my mouth. I kissed him deeply at the base of his balls and smiled at the feeling of him tensing up in pleasure. I could feel myself dripping wet from my unresolved orgasm.

I stopped a little and rested my head on his belly. He laughed a little, “I know babe.” I kissed his balls more and then took his full length in my mouth, feeling him in my throat, “OHHH.” Massaging his balls, I sucked on the head and teased with little bites, driving him insane. Then in a rhythmic up-and-down and in-and-out motion, I felt him come up to meet my mouth.

I could feel his thighs tense and knew he was close. In and out as deep as my throat would allow, he finally exploded in my mouth. I sucked in as I pulled up and pressed my tongue hard against him as I went down. He held on to the side of my face with one hand and I could tell that he’d had enough. I went on a little longer just for a little bit of naughty torture. Then I swallowed and came up to him.

“Oohh babe, heaven!” Then he started laughing. “You know babe, I don’t know anything about this submissive thing. I just got excited seeing you like that, I’m gonna look this stuff up to have some wishes for your command next time.”

He got up to get his phone off the tripod and we started watching. I was lying next to him with my leg over his and he took my hand to his cock and said, “I owe you.” He put his camera back on the tripod and laid me on my back. Kneeling between my legs with his cock ready to enter, he motioned up and down. I raised my hips to him with impatience.

He got a hold of my ankles and tucked them under his knees to set me firmly in place. He slipped his cock in all the way and so hard that I had to catch my breath. He brought his full weight down on me. He rocked deliberately into me and I held tighter as I climaxed. The scream I held back could be felt throughout my whole body.

He slowed down just a little, then pulled my legs apart spread eagle and he hammered into me hard and fast. I lifted my hips onto him so that I could feel that thrust against my clit as a second orgasm arose. I let go of him and reached for a pillow and screamed into it. I did not know I was a screamer until that very moment.