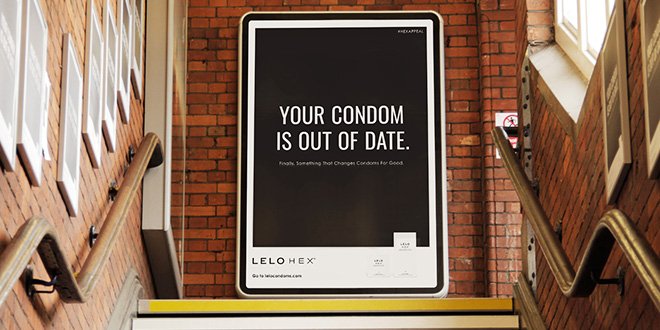 It’s likely that you have already heard about LELO HEX™, the revolutionary new condom that we believe is  the biggest innovation to the condom industry in almost 70 years. Launched on June 14th, the HEX™ condom has initiated an avalanche of coverage, raising important conversations around condoms, STIs and importance of innovation globally.

Not content just to release our own game-changing condom, we want to keep shaking up the condom industry by making a million dollar offer to the world’s three biggest condom brands―Trojan, Durex and Ansell― to access its new technology and truly start innovating again.

When we recognized that it was not the latex material of condoms that needed to change, but rather the structure itself, we put more than 3 years of testing and refinement into creating a re-engineered condom; from developing a new technique for integrating the HEX™ pattern that proved critical for improving condom design with revolutionary condom molds, to defining the precise depth and thickness for optimal strength and sensation.

The hard work and research has paid off, as more than 500,000 condoms have already been sold within a week of launch via LELO.com and on the HEX™ Indiegogo campaign page. We chose crowdfunding to help spread the word about exactly why it’s so important that we see some real change in the condom industry, and accordingly we are now offering a perk like no other before: for a million dollars, we will give the world’s three leading condom brands the chance to take a closer look at the technology behind LELO HEX™ and bring innovation to their production lines.

The world’s three biggest condom brands―Durex, Trojan and Ansell―have all existed for close to 100 years. That’s great for a brand like Louis Vuitton that specializes in designer bags, but not so good for a company focused on medical devices. These companies have a responsibility to innovate, to keep meeting the demands of consumers, especially when interest in condoms is flat-lining so clearly. Our goal is not to criticize these companies who provide a vital product, but to light a fire under the condom industry and get everyone innovating again.

In our effort to shake up the industry, we’re even taken the HEX™ campaign to the streets of Slough, home to the headquarters of Reckitt Benkiser (who own Durex and roughly 40% of the $3.9 billion global market for condoms) to challenge the company to invest more in innovation. From the middle of last week, LELO HEX™ took over the town with posters, billboards and ad vans communicating that ‘the condom is out of date’ and that the time for change is now. 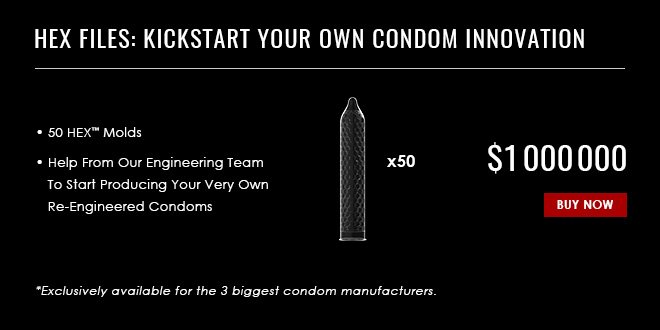 Dr. Sara Nasserzadeh, thought leader in the field of sexual health and AASECT Certified Sexuality Counselor, says: “I hope with this new product in the market, we could question the status quo to eventually elevate condoms value to where it should be. In all honesty, condoms are still the most valuable protective products against STIs in the market. This is only the physical part of it, psychologically Condom’s value could be arguably even more since it could put the minds of the ones engaged in a sexual act at ease, therefore there would be less inhibitions and more allowance to explore and experience pleasure.”

The LELO HEX™ campaign ―on both LELO.com and Indiegogo―has already surpassed their goal of attracting 10,000 backers to pledge to try this new condom in advance. As a result, we’ve    fast-forwarded production to meet the surge in demand during its launch phase, and HEX™ is expected to hit the market at the end of August 2016.