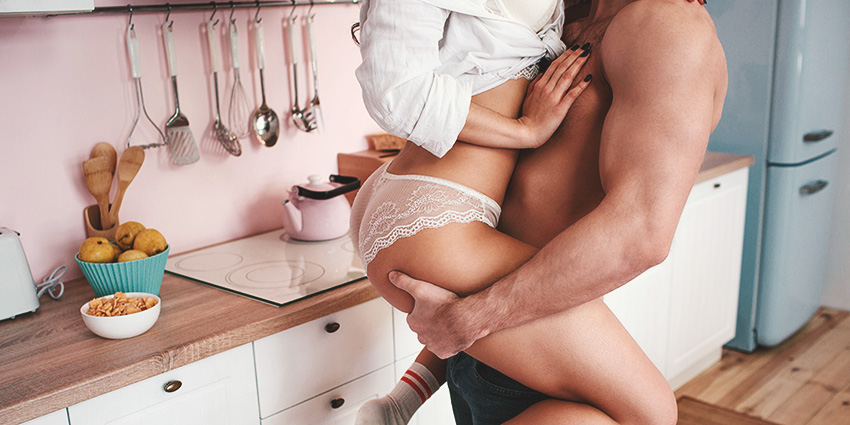 A small cargo van pulled into my driveway. It had the company name on the side: Mr. Electric in big yellow letters set on top of a bolt of lightning. There was a lingering fear in me whether I had made the right decision. My main intent was to get the outside of the house decorated. Could Mr. Electric decorate my home without making me look tacky among my neighbors?

My house should be bright for the holidays. White lights trimming the roof. Shrubs blinking in red and green. The pine tree in the front yard brightened with floodlights casting classic holiday ambiance. I didn’t want to do it, especially climbing on the roof. Me and ladders don’t go together.

Unfortunately, these past months—parties and all—reminded me about my life’s lack of sizzle over the past few years. The men I dated had been duds. Some were straight-up dumbasses. I was hunting for the man who would give me a life of bubbly champagne—Moët & Chandon. Hell, at this point, I’d even take a bottle from the bottom shelf. I had been sipping a proverbial can of Colt 45 for too long.

The van door opened, and a good-looking man stepped out. It surprised me.

Honestly, for Mr. Electric, I assumed he’d be wearing industrial work clothes, worn out at the elbows and fraying at the cuffs. Frazzled, white hair, like Einstein, from all the times he’d been shocked and burned.

Seeing this guy, maybe hiring a Christmas-light installer wasn’t a bad choice, even if I would have to rearrange things when the man left.

Despite all his looks, I would not be fully convinced about his quality of work. It wouldn’t be smart to assume too much too quickly. Could any guy from Mr. Electric install Christmas lights with style and grace and arrange the best decorations in the neighborhood?

Before he came, I rushed to my bedroom to glance in the mirror. My outfit was decent, not great, but I couldn’t do more with the time I had. I tidied up my hair and checked my makeup and made sure my eyebrows were even. I hate mentioning that, but much of a woman’s life are her looks. It’s true.

There was his knock on the door. It was heavy and gave me an odd jump of excitement. Champagne? I felt like the wires around my cork had been unwound and the sweetness would soon explode. A silly thought.

I took in a deep breath and sauntered to the door. This was going to be fun.

“To hang my Christmas lights. Come in, come in.”

He surveyed my house, craning his neck at the vaulted ceilings, grinning at the stone fireplace, staring at the large abstract paintings.

“Can I get you something to drink? Apple cider, egg nog … scotch?” I offered with a smile.

He shrugged. “I’d go for Johnny Walker, but I have to be a regular Ebenezer Scrooge today.”

“A scrooge is good when Mr. Electric is working with electricity.” I reached out my hand to him. “Charlotte.”

He took hold of my hand. “Charles.”

His hands were large and his fingers were thick. They were strong, rough, dry. I like calloused hands. Squishy hands on a man can ruin his mystique. Any ruggedness or machismo can vanish with that first squirt of moisturizer.

His type of hands makes me feel good. I felt safe and calm in rough hands. I could be fully feminine, with no tension. If I fell, he’d catch me without a second thought.

“What sorts of decorations do you have?”

“Plenty. That box over there, this one, another in the dining room and two in the garage.”

Charles forced a grin. I knew he didn’t like that much.

He sketched out the math in his head briefly. His eyes marked plus and minus signs on the chalkboard of his mind.

I grinned at him, staring right into his green eyes.

I tried to pass on a little bit of my electricity to him. But I wasn’t sure it jolted him. He may still have been at his chalkboard, multiplying hours by dollars.

Honestly, I figure he’d slow his work to a crawl so he would get at least $45 for his work. Work too fast and he’d be short of his fee. Work too slow and I’d start tapping my watch. He didn’t know I was not interested in complaining.

Soon, Mr. Electric was on the roof, tacking the green cords garnished with colorful lights to the rain gutters. I was glad to watch him. He moved nicely. A hard worker, focused and intent on finishing with quality.

The more I watched the more intriguing he became. In no time, I was worked up.

He strung the lights along the roof, set the floodlights under the pine tree in my front yard, installed timed lights to blast the Grinch onto my garage door when the sun set. At the same time, I pushed light-up candy canes into the grass. I made sure I was bent over in his direction. An ass can electrocute a man, and don’t try to deny it.

A while later, I watched him climb down the ladder.

“You did a nice job,” I said from the foot of the ladder.

“You’ve got good materials to work with. The cords to your Christmas lights aren’t in a tangled mess.” He grinned.

“Terrible. Some people just don’t care when they take down their decorations. They jam them into a bin until next year.”

He felt my electricity at that exact moment. He missed the last step of the ladder and slipped into my arms.

He stood to regain a semblance of his masculinity.

“I’m sorry. That was embarrassing,” he apologized. “I don’t typically fall into a woman’s arms.”

“Maybe I’m not a typical woman.”

He hauled the ladder on his shoulder to his van. I saw him keep an eye on me. Just what I wanted.

He came back to me. “Need help inside.”

I got a jolt of his electricity this time. A heavy shock.

In the house, Charles and I arranged the evergreen garlands with red ribbons and my Christmas village miniatures on the mantel. I fed him strands of silver tinsel to thread it through the branches of the tree. He looked good stretching around the tree.

He strung the lights around my tree and set the old-time ornaments throughout it. He did a decent job. Nothing extraordinary in terms of decorating the place. Nevertheless, I liked watching him stand on the footstool and stretch up the tree. I couldn’t get enough of his cute butt. It had some roundness. I had this urge to squeeze it, to put my hands on it, to slap it. However, my hands remained under control. I didn’t want to knock him off another ladder.

I handed him the star. “This goes on the top.”

He stopped me. “It’s better if you hang the star. It’s good luck.”

“That’s what I’ve always heard, and luck has always been on my side. I mean I’ve never had a tree fall over.”

I agreed to set the star.

“You get on the footstool. I’ll keep you from falling.”

He and I traded places. His warm hands touched my waist. The touch was the pop of the champagne cork. I set the star and turned to him. His head was level with my bellybutton.

He raised my shirt slightly and gently placed his lips on my stomach. My knees became jittery. I grabbed his shoulders and let him kiss again and then again, going further down.

His fingers unsnapped my jeans, and he tried to pull them down sexily. Skinny jeans won’t allow that though. I shuffled the pants down to my knees. Seeing that they were out of the way, he returned to my panties. His fingers pinched the elastic waistband and peeled them down, like the wrapper on a chocolate candy bar. His hands slid up my thighs and took a harsh grip on my ass. Then he dug his face into my joy. His nose felt good against my clit and his tongue flicked my labia. My knees wobbled and my heart sped. I ruffled his hair and encouraged him. “Keep going. This is just what I need.”

He only responded by moving his tongue faster over my pussy. I squeaked as his lips tugged at my lips.

I pushed back his head. “I got to get down or I’m going to fall.”

The lower half of his face was glistening with my wetness. His cheeks and forehead were red. That vein running down his forehead.

I got to the floor, flung off my jeans, and dragged him to my bedroom. He pushed me to the bed. The pillows and blanket poofed. He spread my legs with my heels in his hands. I was all the more exposed, lips parted, my pussy wide open, waiting. He dug his face into me again.

As he worked, the ceiling fan and the bedroom lights blurred. I felt a flush of heat, followed by another rush. This man was taking me to a place I hadn’t been in a while. He raised up briefly and inhaled before going between my legs again. Moments later, electricity was running up my arms, to the top of my head, down my spine, over my thighs. It passed through my knees to the tips of my toes. And this wasn’t a one-time shock or a singular jolt. This electricity buzzed over my body, almost to the cusp of pain.

In this state, I heard a distant ringing, a tingling jiggle. I didn’t move fearing that I would be struck with burning pain. But the sound echoed in my mind.

I slowly opened my eyes. I saw Charles standing up. He held his phone.

He looked at me.

“Got a call about an electrical outage at an apartment complex.”

“Finish me, please. Be quick.”

His dick slid inside of me deeply. Him being in me was extraordinary. The tortuous pressure was perfect. His rocking back and forth was fast. The tingling that had been circulating all around my body now centered in my pussy. It became a whirlpool of sensation. Things spun faster, circling deeper and deep inside of me. Then the pressure broke, and my body was enveloped in what could have been a warm blanket tucked tight around me on a night when the outside temperature had fallen well below zero. Somewhere I heard a coarse groan. He had finished too. I felt his warmth while in the warm blanket covering my body.

He said something. It didn’t register in my mind. All I could muster to say was “A check is on the kitchen table … Mr. Electric.”

Later that night, I cracked open a Colt 45. It tasted as good as any high-end champagne.

I found Charles at Mr. Electric to be the best the decision that night.