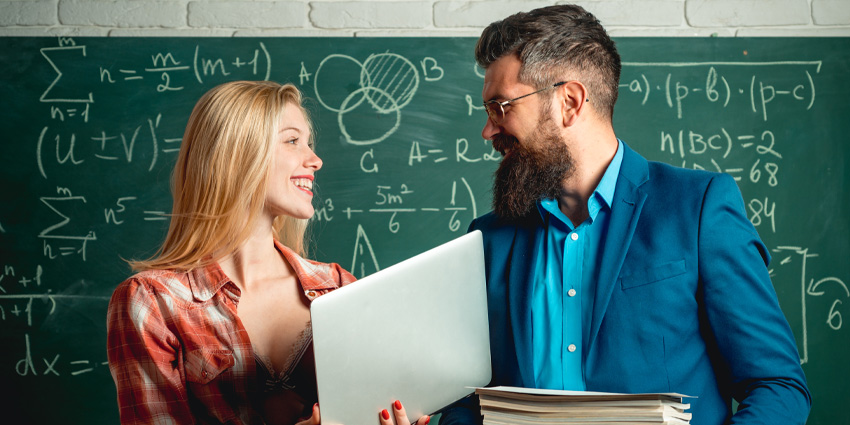 Sigh. She couldn’t rationalize it. She definitely couldn’t resist it. Sex and attraction is irrational—at least it was for her.

She reminded herself of this whenever the urge became overpowering. Oh, she wanted to forget him more than anything. But the harder she fought it, the more it would swallow her. These are familiar facts; this is a classic tale.

From the moment she met him, he occupied the foggy spaces in her scattered brain. This kind of primal fixation was rare for her, and as much as she wanted to escape it, she deeply wanted to grab hold of it. He was inescapably magnetic. She eased her tense frustration by surrendering; this was the only way to ease it.

She wondered endlessly; did he ever think about her? Did she ever appear in his dreams, his forbidden fantasies–even for a moment? She desperately wanted to crack his secrets, to access the visuals percolating in his mind. She yearned for his confession to be the same as hers.

She stood facing her bedroom mirror, adjusting her gold necklace and shifting her hips side to side. She unbuttoned her white collared shirt. She left the top three buttons open, right where her boobs split. It was subtle. She played with her breasts for a moment before hearing a knock on the door.

“You don’t have to knock,” she called out. She had given him the keys last week and gave him permission to burst in whenever he wanted. “I was just being polite,” he responded.

He walked up behind her, sliding his hands up her plaid mini skirt and grabbing her petite, round ass cheeks. The oceanic scent of his cologne dominated the room and made her pussy drip. It smelled confident and masculine, like him. He stroked her thighs delicately. Absolute heaven.

He stuck her fingers in her mouth before teasing them through her red silky underwear. She salivated. As she moaned, he put one hand over her mouth. “This is our secret,” he whispered in her ear, making her moan even louder. His other hand was already soaking from how wet she was. He watched her in the mirror as her eyes rolled to the back of her head. His hands stabilized her hips as she shook uncontrollably. “Uh, uh, uhhhhhhhh,” her body throbbed and released.

The burning longing washed over her as she stared at the imaginary space he filled in the mirror. She exchanged her soaked silk underwear for a fresh pair, erasing the silhouette of him that had brought her to orgasm. She looked down at her watch. “Fuck.” 4:30. It was getting late. She grabbed her bag and bolted out of her apartment. This frantic pace felt fitting for her final day of college classes.

Face flushed and hair disheveled, she knocked on her Professor’s door.

“You’re late,” he opened the door, his eyes quickly glazing across her unbuttoned top. He looked slick and sexy, wearing a clean white V-neck tee and dark jeans. She wasn’t used to seeing him dressed so casually. He reeked of sex appeal.

“I’m sorry. I lost track of time,” she cleared her throat. Her back to him, she bent down slowly, carefully putting her bag down.

“You did excellent work this semester. Very stimulating arguments,” he told her, sending instant tingles down her spine.

They shared a moment of silence as he shoveled through his papers. She was glued to his warm brown eyes that melted the pent-up tension tightening her arms and legs.

He handed her back a few papers he had graded. There was a small stain of red wine on a page’s corner. She imagined him at home, grading her papers, sipping Malbec. A wave of ecstasy hit her at the thought of dominating his consciousness for several minutes. Were they together when they were apart?

“I enjoyed reading your final critiques. I hadn’t considered that perspective quite like that,” he observed, staring into her puppy dog eyes. She let out a slow breath, bewitched by his charismatic smile, the tattoos on his upper arms, and the titillatingly specific comments he made about her work. Maybe he thought of her differently than the others. Maybe she was special.

“Thank you,” she said shyly. Inside she was beaming, but she refused to show him the extent of it.

They talked for several more minutes; she wanted to drag out their conversation as long as possible. He was interested in her summer plans, her career aspirations. His interest fueled her desire for him. She was always sucked in, but this kind of attention cracked something and made her insides scream even louder.

“What’s next?” he said. She then imagined him undoing another button. “How’s this?” he’d ask, then throw her down to the floor, stripping off all of her clothing. She’d undo the belt on his jeans and stroke his thick cock. She loved blow jobs, especially deep throating. She’d put it in her mouth, letting it choke her before salivating all over it. “Good girl,” he’d say.

Another student knocked on the door, cueing them it was time, and knocking her out of this glorious daydream. She felt a surge of disappointment whenever leaving his office. This was her last time seeing him; the emptiness hit her especially hard.

About ten steps outside the bathroom, a warm hand tapped her shoulder. She jumped.

“Uh, you forgot these.” It was her Professor. He hesitantly handed over some pens and highlighters she had dropped. It seemed unnecessary to return them; was this an invitation?

Without thinking, she asked him, “Do you want to get dinner sometime?” She was surprised at her assertive move.

“I really shouldn’t be having dinner with students. Well, former students. But we can get coffee. Cafe Renton. Tuesday?” He offered.

They shared a pot of green tea. Their conversation was vibrant; they talked about 70s films, art history, and the best museums in the city. A stranger across the room could’ve taken note of their unquestionably natural chemistry.

“Want to go to the bar next door for happy hour?” He asked, signing the receipt, and breaking his own rules about drinks with former students.

They headed next door. It was early evening and snowing outside. She regretted not bringing a warm enough coat.

“Here, take this,” he handed her his gray coat. It smelled like the ocean cologne in her fantasies. She draped it over her shoulders, growing warm and cozy.

They walked over to their table, a quiet spot in the back of the bar. His stride was confident and relaxed. She crossed her legs as he sat down. Several inches apart, his presence already had her intoxicated.

“Two martinis.” he told the bartender.

They sipped their drinks; she felt her blissful buzz growing. It was the perfect amount of liquor to relax her muscles without completely distorting her senses.

She licked her lips and looked up at him. He stifled his breath, attempting to contain the undoubted chemical effect she had on him. She could tell he wanted to fight it badly. She imagined him grabbing her tangled blonde locks while grinding up against her.

She inched herself even closer to him. His hand on her thigh, she grew wetter by the second. They stared at one other in silence, mirroring their tense expressions, holding themselves together as best as they could. It felt surreal; her dreams had finally reached her reality.

“I gotta pee,” she broke the uncomfortable silence and hurried to the restroom. The interior was fancy and clean, decorated with ornate old-fashioned chairs and Parisian themed wallpaper.

She fixed her berry lipstick in the mirror and adjusted the loose straps of her bra. A couple minutes passed before she heard a persistent knock on the door.

“Sorry, someone’s in here! I’ll just be another minute.” she yelled.

Her Professor closed the door and immediately pinned her against the wall. She rubbed her clit as he ran his fingers down her stomach and inside her silk underwear. He fingered her G-spot, in and out, as she grew wetter and wetter. “Uhhhh,” she moaned, as the front of his hard, thick cock rubbed against her pulsing crotch.

“I’ve been dreaming about this all year.” She salivated, dropping to her knees and unbuttoning his jeans.