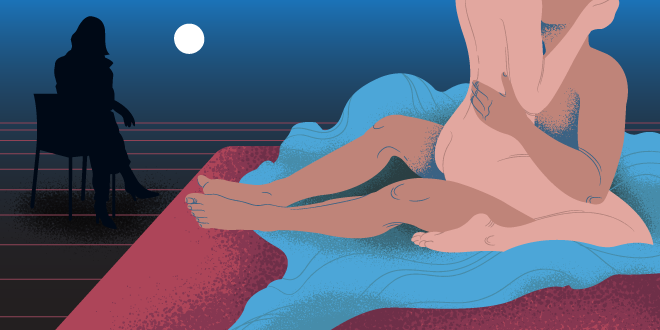 We stand at the bar for 10 minutes with his hand holding my elbow as if I might run away if he lets go. We rehearse the obligatory small talk. “It’s been so long,” “god, we’re old (29 has never seen old),” “what do you do for work?” “surprise, surprise, like you were ever going to do anything else,” “yes, my parents are good,” “I can’t believe it’s been so long,” “what happened to us…” he squeezes my elbow and looks me eagerly in the eyes.

A soft remorse creeps in. College happened to us. New relationships happened to us; the kind that feast on possession and ward off close friendships with the opposite sex. There was never any drama as such. We just – went our own ways.

I don’t ‘do’ regrets but regret is the only way to describe the feeling that visited me when I thought every now and then about how much life had passed without him in it. How sad and odd it is that people can be so important in our lives in one time, and strangers in the next.

Strangers. He was a stranger. His voice was deeper.. His dark brown eyes wrinkled around the edges but brighter, more animated. The bar lights revealed the copper tints of his blonde hair that he hated so much when we were younger; it’s longer now and more wavy than I remembered. He looks like he just towel dried it from the sea. I tell him as much and he throws back his head and laughs from his stomach, mouth wide open, eyes closed.

His smile leaves and he looks serious. “You’re exactly the same to me.”

A grip appears at his waist and both our eyes follow to see a woman looking quizzingly at the pair of us. Her ring finger would have given it away but it was more his purposeful stride backwards to put space between us that told me who she was.

He got married. I look down at his ring finger – how did marriage not come up in the small talk? She’s the complete contrast to me. Petite, 5’5” ish, ash blonde bob, full breasts, full lips, the teeniest waist. She has beautiful blue hooded eyes. She really is gorgeous.

I tell her as much and tell him he’s punching above his weight, he agrees and the tension breaks. After introductions to friends, our evenings blend and we share stories old and new; the drinks come faster and stronger until we’re all giddy on sun and spirits.

As the night starts to darken, I pull on my straw and watch the pair of them across the table. They sit in close. He kisses her… a lot. For the most part she has his undivided attention, has all night. That is, except for the times he searches for me. His expression changes completely, his lips smile tightly and he visibly inhales. Every time. I can’t fathom it but for reasons unknown it makes my heart race.

What happens next, happens fast. Not taking his eyes from mine, he leans in and whispers in her ear. She looks at me, a shy but cheeky grin lighting up her face, gets up and walks around the table and takes my hand. I’m half dragged, half led to the dancefloor where she starts to dance with me. Grinding. On me.

Her chin tilts upwards as she moves her head back to the music with her eyes closed and I find myself drawn to her mouth, full pink lips mouthing a lyric every so often. She moves her hands around my lower back and as she bends her knees finding her rhythm, feet parted, her hips find a place firmly against me. Her bare thighs slide down mine as she goes to the floor until her head is in line with the bottom of my mini dress. Back up again. As she goes down a second time, her skirt stays fast against me to expose more of her and I notice my mouth is dry.

The dip between her shoulders and collarbone draws in as she rolls her head back. I imagine running my tongue along the crevice. I’ve always wanted to be with a petite girl. Her the ‘cute’ one who wants looking after; me, the ‘experienced’ one doing the looking after. The next time she slides up, I put my hands on her waist, just above her hips and pull her closer to me. The move is barely noticeable but the fact her chest is now pulled tightly in against me means the fact she’s turned on is. Her eyes open to look up at me.

She wants me to kiss her.

Her heavy lids and open pouting mouth are her tell. I take her chin between my thumb and forefinger, lift it up to me and look down at her before bringing my mouth to hers and running my tongue slowly across her top lip. We’re close enough that I do not miss her let out a small groan above the music before she says “We’ve got some gin at ours if you fancy coming back for a drink?”. I look towards the door but my eyes never get there. They land on the tall beautiful stranger that I once knew with his tight smile and serious stare. “Sounds good,” I answer her.

I watch the two of them under the warm light of the torchère that stands in company of the ginger Chesterfield armchair in the corner of their bedroom where I sit, one leg over the other. I only half pay attention to their regimented undressing, instead analysing the room for an insight into the life of this marriage.

I don’t discern much. The king size bed is traditional pine with spindle headboard and orbed posts. The bedding is black with garishly large prints of flowers in white. The wardrobes are built over the bed, leaving no room for bedside tables and so various electricals – tablet, toothbrush charger, phone chargers – sit on the floor with the wires running haphazardly to nearby sockets.

The nook where I sit makes no sense in the room. It’s stylish and just the right amount of cozy. It’s as if an interior designer abandoned the job part way through. I can’t decide whether it’s unfinished or uncoordinated. It puts me a little on edge. There are no photos of them, in fact no photos at all. No books. The most intimate and private room in a house and yet there’s nothing personal. Anyone could sleep… or fuck here. It’s a conundrum.

I can see why he’s into PDAs. I bet he dribbled in his boxers the first time she so much as looked in the direction of his nob. They’re both naked and yet, sitting directly beneath the light, I feel the most exposed in the room. I’m still fully clothed; black one shouldered bodycon mini dress still on but now feeling too tight and unforgiving.  I move my arms to rest loosely-folded across my stomach, elbows in tight at my sides.

She opens herself up to him as he climbs on top, arms straight at the sides of her, and watch her roll her head back as he enters her. I’m shocked by the size of him. I’d never thought about his cock before, let alone seen it. He really had… grown up. There’s no foreplay. No build up. He works in and out, never changing pace or rhythm. His posture doesn’t change. In. Out. In. Out.

A small high ‘mmm’ escapes her every time he enters and re-enters. Her breasts bounce up and down in time. His face is tense, like he’s holding his breath and I’m struck by how much she takes and how little she gives. All the effort his. Even when she sits up to rest on her elbows, her backside stays firmly on the bed, her hips never rising to meet his thrusts. Even when he pulls her closer so that her legs bend around his waist, they never appear as one.

The connection only comes across as physical, laborious. In, out, in out. She doesn’t touch him, really touch him. Does she even see him at all? I follow his eyes as he watches his cock disappear inside with each strike, every now and then moving to her breasts as one of his hands goes with them. Her eyes stay mostly closed; never finding his and his never being there to find. I’ve watched plenty of porn before – amateur and the professionals – but it’s the first time of observing others having sex in person. A feeling I can’t quite place niggles me.

What is it? I watch his hair go untouched. The muscles in his arse working with no touch for reward. The beads of sweat on his smooth chest from his efforts as his pounding is delivered but never greeted. Their hands never find each other. Their lips rarely meet. As they climax, her first and him in quick succession, I wonder how it is that two people can come together and yet be so separate.

In the thick of the night with a hangover already creeping in, I make my excuses and call for a taxi. He walks me to the end of the drive without saying a word. We stand in silence for a good fifteen minutes. Then, as the lights of my lift turn the corner, he says “I thought you were going to join in.” “Ah but I wasn’t invited,” I reply. His voice drops serious. “I don’t do regrets.” Shit. Neither do I.