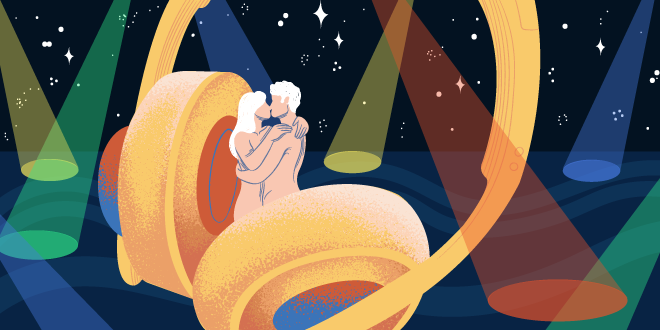 Since Aaron and Cara had met in that dimly lit nightclub a year earlier, with its oppressive noise and greasy walls, its energetic lights and its vital crowds packed hip-to-hip facing the DJ like cattle round a trough, they had vowed never to go back. Their dislike for the venue is what had propelled them together; their first encounter was driven by their mutual aversion to the place.

Eventually that same evening they had ducked away from their friends and gone home together, where they discovered in one another a voracious desire for uninhibited pleasure. Quickly they began to share something far more fulfilling to do on the weekend than bob up and down like leaking boats in deafening nightclubs that they hated and their friends loved, or at least pretended they loved. They began to explore each other, to test the boundaries of their pleasure, as though they alone were reinventing sex. 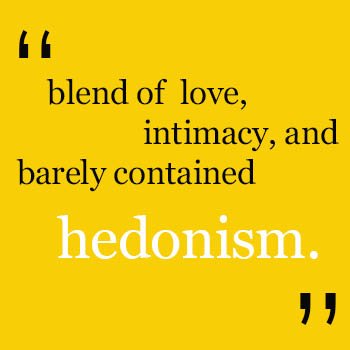 In the year that they had been together, they had traveled the entire spectrum of sexual adventure, ticking off experiences as though they were studying it. They had attended sex parties, tried toys, read erotica. They had both tested their gender, sexuality and power roles within the relationship. They had broken laws and tested the limits of decency, but at the core if it, it was just them, and just them together. They were sharply defined silhouettes against a blurred background of sexual experimentation, a blend of love, intimacy and barely contained hedonism.

And so, a year to the day after they had met in that dim nightclub, they decided to return and push the reset button, to begin all over again.

The club was a poorly kept secret in the city. It didn’t really have a name and no one was quite sure who owned it, but it was well known in the social circles that Aaron and Cara circulated in. The entrance was embedded into the street itself, covered during the day but opened after dark, revealing a flight of concrete steps that descended below the sidewalk and into the darkness. As a result, it had quietly accrued the nickname, ‘The Underground’. Thousands walked over it every day without even knowing it was there.

When the club was open you could usually feel the tarmac beneath your feet vibrating from the beat of the music like standing over a subway station, but not the night Aaron and Cara arrived for their anniversary celebrations. Tonight, as they descended those hard steps into the darkness below the city, they encountered something close to silence. 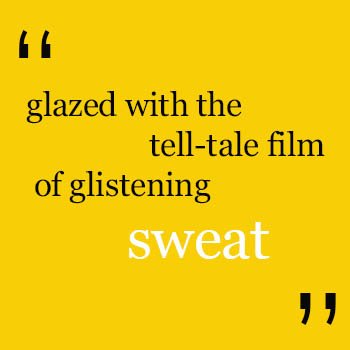 They exchanged looks, wondering if it was closed tonight, or whether they were late, or early, but there were people around, exiting to catch their breath or smoke a cigarette or fall drunkenly into the back of a taxi. People brushed passed them up the steps, glazed with the tell-tale film of glistening sweat that betrayed vigorous dancing within. But there was no music to be heard or felt.

Now underground and inside the building, Cara approached the ticket clerk and paid. She handed over her money and in return was given her change, two tickets, and two sets of what looked like industrial ear defenders: big, expensive, yellow headphones.

They made their way towards the main room, the noise within increasingly only slightly: the sound was just enough to signify that people were present and moving, but still no music.

They pushed through the doors and were met by 200 or so people, each wearing a set of yellow headphones, grinding, jumping, dipping and writhing in near silence. The only sound that of the fabric of their clothes against their bodies and the soles of their feet shuffling over the sticky dancefloor. At the far end of the room and slightly elevated was the DJ, himself wearing headphones and clearly controlling the sounds everyone in the room was listening to.

With nothing more than an exchanged glance, Aaron and Cara slipped their own headphones on. It was the same bland monotonous thudding noises as usual but somehow, through the earphones, it felt more intimate and private, despite the crowd. They watched each other move, getting close to one another, moving apart, then closer again, feeling the warmth and the firmness of the strangers around them.

The pressed into each other, the pressure and weight of the people around them forcing them together, their skin glistening with energy. They kissed. They stared at each other. They kissed again. Harder.

Aaron ran his hands firmly through Cara’s hair, knocking her headphones off. The sudden silence was almost deafening, like stepping out into a cold night. She broke off the kiss and looked around, the writhing figures around them unnoticing and oblivious to the sexual intensity growing between the two. The danced quietly, only the sounds of their movements audible, like a grey hum in the background. Cara smiled and pulled off Aaron’s headphones.

“We can say whatever the fuck we want” she said loudly, grinning, “and none of these people can hear us.”

“You are so bad” said Aaron. 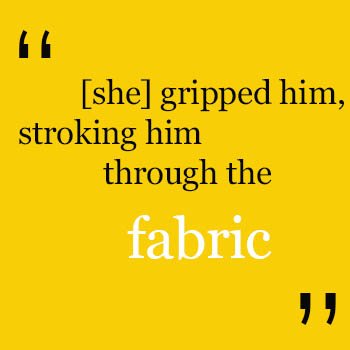 Cara pressed her hand against the front of Aaron’s pants and gripped him, stroking him through the fabric, feeling him swell in her hand.

As she said it, she undid his fly and reached her hand inside, immediately finding what she was looking for and releasing him. His cock sprung out from his jeans and she enjoyed its warmth and firmness, running her hand over it and teasing it with her fingers.

Surrounded by unsighted people deafened to everything but their music, and surrounded by darkness, it would have been hard to notice what they were doing to any but the most perceptive observer.

Aaron was already struggling to control his desire. He put his hands on her hips and spun her round fast, lifting the back of her dress to her slender waist and sliding her negligible thong to one side. She bent forward slightly and closed her eyes, waiting. She felt his erection touch her most sensitive flesh and push inside, his hand still on her hip and now another wrapped around his length, guiding it inside her. With one agonizingly slow motion, he pushed inside her, forcing a growling moan from through his clenched teeth and sigh of relief from her lipsticked mouth.

Once her body had fully accommodated him, he removed his hand from his cock and slid it up the front of her body, over her breasts and up to her shoulder, gripping her tightly from behind. She began to grind down onto him, both standing almost completely upright now, wriggling and writhing her body like every other dancer in the room, but with the sensations of sex vitalizing them, separating them from the mass around them.

Cara slid her hand between her thighs and teased her clit while Aaron firmly but slowly slid deeply inside her, the heat of the other bodies warming her, brushing against her, close enough to touch but entirely distant too.

She teased her clit faster, harder, bringing herself to the edge in time with Aaron’s fulfilling thrusts, her muscles massaging him inside her as her own climax began. Her knees felt like they would buckle as the convulsions of her pussy brought on Aaron’s orgasm too.

He threw his hard back and roared, squeezing her body against his own as he came inside her for several long, desperate, primal seconds. Her orgasm began before his and finished after, her body tense and his softening, her own involuntary groans mingling with his in the air above them, dozens of people still dancing around them none the wiser.

Eventually, after enjoying their union for some time, she slid off him and smoothed down her dress. She turned and they kissed, swaying together in the afterglow.