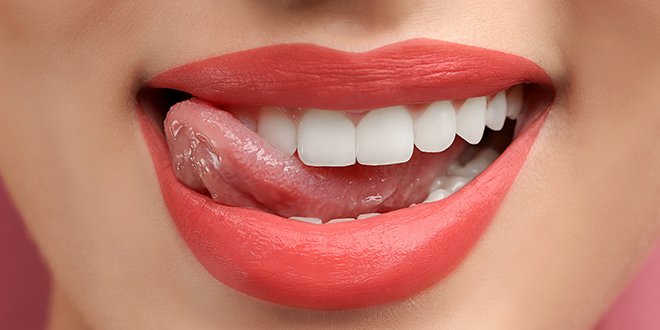 If you’ve read the first part of our guide to giving an amazing blow job you were probably thinking ‘Hey! But there’s so much more to think about when giving a blow job than getting into position and deciding where to put my hands!’

To Spit or Swallow

If the blow job-ee ejaculates in your mouth (which, ideally they would give a little warning about, but hey, we all get caught up sometimes) you have two choices at that point.

Whether you want to spit it out or swallow it can be affected by a lot of things. The whole concept might be off-putting to some, while some others might find it really hot. Sometimes it’s not just a mental thing, but the taste of it. Semen can taste on the bitter side; though it varies from person to person and can be affected somewhat by their diet.

Also referred to as money shots, facials are when the blow job receiver comes on your face. Again, it’s nice to have warning about this, but sometimes accidents happen.

Talk out your feelings on the matter, and more importantly, LISTEN to your partner’s feelings and why they have them. Maybe you can both agree that coming on their face is fine, but not in the eyes or hair. Maybe you just can’t get over some icky-feelings you get when coming on someone’s face or having your face come upon, in which case you’ll get the final say.

With notice, there really isn’t anywhere someone can’t finish. We would say that the world is your canvas but that’s kind of a gross image isn’t it?

Again, with things like coming on the fellater’s chest or body, it can be good to ask/request that that happens before going for it, at least after it’s happened the first time. If you’re not into that, you can also catch it with your hand, which makes clean up way easier (though good practice is to always have a towel or tissues on hand during sex).

Please Get a Reality-Check at the Door

Now, we’re not saying blow jobs aren’t hot, but there are a few details that tend to get unmentioned when they’re brought up.

There will be moans and sighs and all those fun things, which are great. They can be great non-verbal communication that shows that you’re into it, and your partner can likewise. There are some naturally quiet folks who won’t, or will be shy about showing their appreciation but it really helps the giver know if what they’re doing feels good.

There may also be some noises that make the giver feel self-conscious, like slurping and lip-smacking. Some people are going to love hearing them, some people are going to hate making them, and vice versa. They can be controlled somewhat by slowing down and managing the amount of saliva in your mouth, but a completely silent blow job is probably impossible (and probably not that fun either).

Pubic hair comes in all kinds of colors, lengths and textures, and that’s before people start ‘landscaping.’ Some people might have barely anything there, by nature or by monthly waxing appointment, and some people will look like they are wearing pants like some sort of never-nude Furry enthusiast.

You may have your preference, but at the end of the day it’s the choice of the hair-haver, and realistically, unless they have alopecia, you are probably going to get a stray hair or two in your mouth. If you yourself have long hair on your head, that goes double. Tie yours back, and if one ends up under your tongue, remove it as nonchalantly as you can and forge ahead.

Orgasms don’t come as easily, or even as consistently, as movies and TV would have us think. Some people will come quickly from oral, some will take 30 minutes, and some might not be able to come at all from head.

It’s important to not take it to personally whichever way it shakes out, and remember that sex, any kind of it, is not a goal-oriented event. You do it to have fun and make yourself and your partner feel good.

If your jaw is going numb, you’re not feeling good anymore, so the receiver should understand if you want to switch it up.

Depending on the size of the penis (or strap on) as well as the force of which it is being thrust and to what depth, there might be a bit of choking and gagging. Now, this is one of those things that is a matter of taste. Some people really find the sight and sensation a turn on, and that can include the person giving the blow job.

Then again, some people like to be in control of their breathing and spit-situation. It’s blow job giver’s choice, and if you both want to try something a little rougher, you should employ a tap-out system if things can get uncomfortable (since you won’t exactly be in a position to use a safe word).

Speaking of positions, that is an important consideration for giving head. If you’re fellating for some time, it’s not just your mouth that might get sore. Position-wise, the traditional on-your-knees-while-they-sit-or-stand position is really not the best for marathon of mouthwork. Let the receiver lie on a bed, and change up where you put your weight (using your arms and elbows for support) on the bed to keep yourself comfortable.

Yup. Just because you’re not ‘having sex’ (according to a pretty arbitrary but widely-held PiV definition, not our own definition of sex) doesn’t mean there aren’t health concerns. As mentioned above, if you or your partner has not had a recent STI check, a barrier method should be used. There are cases of people getting herpes in their eyes, and yes, you can spread oral herpes simplex virus type 1 to your partner’s genitals by giving oral sex, so it’s wise to abstain when you’ve got a cold sore.

Have we really said all there is to say about blow jobs? Definitely not! There are a probably a hundred more things that could be said (and that’s not just because we talk a lot). But, we hope that with our Boys’ and Girls’ Guide to Giving Great Head you’ll be able to go into your next oral encounter with a little more confidence, and have a lot more fun!