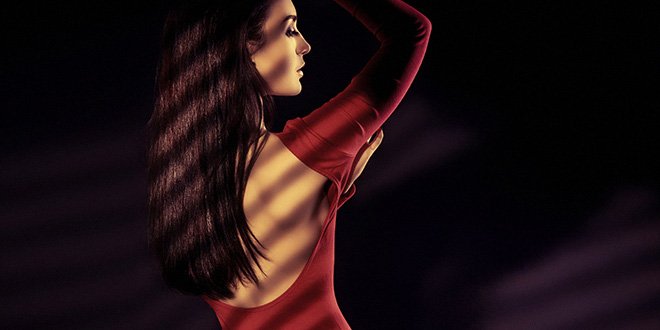 Regina could hear the sound of her Louboutins on the parquet floor as she walked into the gallery. She was early, and the table holding flutes of already-poured champagne to welcome the guests was still covered. It had been a long day at work, but she was here to support Roger.

She looked around, wondering where he was as she drank her champagne far too quickly.

But then, her eyes glimpsed a Magritte that she had never seen before. Regina walked over to it as if in a trance, her finger itching to touch the rich oil of the canvas. She was so close to the piece it felt obscene; she could see the pattern of the canvas beneath the oil paint, and noticed the light scuff on the frame reflecting its stay in a private home.

“I could smell you…”

Regina looked over her shoulder to where Roger stood, adjusting his tie.

“Hello Roger,” she said, not wanting to turn completely awy from the painting.

The same way that he smelled her, she felt the heat of him as he stalked her. Stalked her, it was not an exaggeration. It was how they met, in this gallery—his gallery. The night they met, she was not wearing red like tonight, but a little black dress…

“Do you want a private tour?” he had asked.

Regina had looked at him with a cocked eyebrow, intrigued, and raised her champagne at him lightly in greeting.

“I am Roger Morris,” he had said, knowing she would recognize the gallery owner’s name right away.

“Have you got any more Magrittes hidden around here?” she had asked.

“I do,” Roger had stood so close to her that his breath had been a soft flood on her face. “What are you going to give me as the price of admission?”

Putting down her champagne, she had taken her time in sizing him up. He was not half bad-looking―in fact he was damn good looking. And that hadn’t been the champagne goggles talking.

“A kiss?” she questioned, hoping to disguise her own interest in something more.

Regina had thought that he was waiting for her to kiss him, but instead he had held out his hand to hers, then let her lead them both to a secluded room. She remembered how he had placed his hands on her shoulders before whispering into her neck:

“Okay,” she had conceded quietly. “Okay.”
Squeezing her shoulders, he might as well have squeezed her clit. His good looks and quiet intensity filled her with tiny bubbles of excitement as much as the champagne had.

The Magritte went black before her eyes.

“I am not going to be eclipsed by a dead man. Not even Magritte…” Roger whispered along her jawbone. “Turn around slowly, and face your man…”

After that first evening, they had developed a sensual ritual. Always at the gallery, always a Magritte, always a blindfold. The length of time between their trysts, the color of her dress; these changed, but never the delicious sensation of his fingers on her neck as he tied her blindfold…

“Close your eyes for now…”

Now she closed her eyes eagerly, and held his hand. A thick curtain grazed her arm, her eyes opened to the Magritte that Roger had taken her to.

“Beautiful…” Regina answered, marveling at how these viewing always left her breathless.

“Yes…” Roger’s voice trailed, as he ran his fingers up and down her spine. He drew a small circle at the small of her back. She was lulled by the sensation of his long fingers on her back.

She knew he had already removed a blindfold from his pocket, and wondered which he had chosen: the red, black or purple. He seemed to always know which would best go with her dress, yet it wasn’t this that Regina loved, it was the feeling of them on her skin, and the sumptuous sensory deprivation.

As the painting disappeared from before her eyes, she turned around slowly. His hands, never moving from her eyes, made shadows dance behind them, and his lips pressed against hers in a deep kiss. She felt his warm palms through the thin silk of her red dress as he backed her up against the multi-million dollar painting.

“I am warmer than him, did you feel that?” he questioned, chewing on her neck.

Regina purred inside his kiss. It seemed that Roger seeing red, not from her dress, but out of jealousy of her admiration of Magritte.

When she heard the voice on the other side of the curtain, she froze. Her teeth sank into Roger’s lip. His hand moved from covering her eyes to covering her mouth. He shook his head, before he kissed her again.

Silencing her moan, she pressed her body to his.

“When you look at this painting, I want you to think of me.” he commanded quietly.

“Roger,” her whisper was swallowed in his kiss.

He had no intention of stopping even though there were people coming into the gallery for the opening. That was why she loved him. His hands were covered with her blood red dress, and his long fingers stroked her in a way he knew would make her scream.

But she had to be silent behind the curtain; she had to be quiet as he moved his hands from her eyes and her mouth. The folds of her dress covered him like a red cloud, and unable to see what he was doing, she only felt it, as she heard clinking glasses filled with champagne. She realized she had knocked hers down as her heel slipped slightly in its puddle. It was so surreal.

Roger had access to all of her, having slipped her breasts out of their cups and pulled her thong aside. He played her like an instrument, one he was well-practice with, yet Regina had no choice but to be silent. The clinking glasses and murmured conversation became louder. Would this be the night someone caught them behind the curtain?

“Roger must be picking up Regina.” someone mused.

Roger did pick her up then, just as her body sagged with pleasure against his. She was spent, and wobbly on her legs. She fixed her red dress primly.

“You have to see the Magritte!” she declared, throwing the curtain aside.