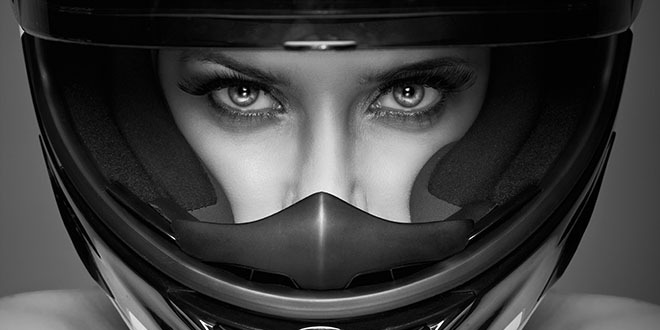 The Ride of My Life by Venus O’Hara

“Let me know when you come to Paris.” I read in an email from a former work colleague that I met when I lived in the French capital.

Oh, I most definitely will, I thought to myself. If only you knew how many orgasms I have enjoyed in your honor over the years…

I studied French at University and as well as learning the language, I had to spend a year as an intern in Paris in a multinational. In contrast to how sophisticated that might sound, I was actually going through what might be my most unattractive phase ever, physically speaking. I had put weight on and I had very bad hair. First, I blamed the croissants, French bread, butter and the fact that I was sitting down all day at my office desk. My extra kilos made me feel self-conscious and to make matters worse, I had just broken up with my second serious boyfriend. I wanted to realize a physical change to reflect the change inside, so I cut bangs that ended up not suiting me at all.

My low self-esteem wasn’t enough to deter the attention of a male colleague in his forties called Jacques. He was attractive in a geeky sort of way and his intense gazes used to make me blush and make me want to cross my legs under the table whenever he spoke to me. Although we never had to collaborate on anything workwise, he always made a point of talking to me whenever he passed my desk. He was single, into art and nature, and he loved his motorbike. He always spoke slowly and corrected my French, so I always felt as though I was learning something whenever we spoke.

Although he was friendly with me, he was quite socially awkward in group situations and he always ate alone. His obvious interest in me had caught the eye of the office gossips. They told me that Jacques had a goût de luxe where women were concerned and that he had developed a habit of paying special attention to the young attractive females of the company over the years. To be considered as part of such a category when I was feeling pretty low was incredibly flattering. Although I had no intention of ever doing anything with Jacques, his attention gave me the confidence boost that I craved as well as provoking feelings in me that I didn’t quite know how to handle at the time.

One day, I woke up to find that the whole Parisian public transport network was on strike. The whole city was in chaos. How was I going to get to work? I wondered. Then, I remembered that Jacques had a motorbike and he would probably love to show it off. I was consumed by a sudden wave of self-confidence and mischievous energy that was atypical of me back then. I called Jacques directly and asked him to pick me up. Just as I had predicted, he was only too happy to oblige.

‘Meet me in front of La Tour Eiffel in an hour,’ I said.

Up until this point, I was quite scared of motorbikes and I had never been on one in my life. But that day, I was willing to make an exception to my own rule. It was, after all, the only way I could get to work I told myself to justify it.

I made sure I dressed up for the occasion and wore a pinstripe business suit with kitten heels. When I arrived at our meeting point, he was already there, dressed head to toe in leather. I discovered that his motorbike wasn’t just any old set of wheels, it was actually a Harley-Davidson. For someone who wasn’t into motorbikes, even I was impressed. After we greeted each other, he got off his bike and he proceeded to put his spare helmet over my head with an incredible delicacy. I stood there quite still, closed my eyes and every time his fingers brushed against me, without meaning to, I felt a surge of electricity run through my whole body.

The helmet was tight and claustrophobic, like nothing I had felt before. Jacques reassumed his position on the bike and indicated to me to get on behind him. At first, I felt awkward holding onto his waist, but as soon as he started the engine, I was grabbing him as tightly as I could.

The city was choc a bloc. We weaved among the cars that were moving ever so slowly. I temporarily forgot my initial apprehensiveness about getting on a motorbike. Jacques was a responsible rider and made me feel safe as I took in the view of the most popular Parisian landmarks from an entirely new perspective. I felt as though we were in a bubble, totally oblivious to the chaos all around us. I wanted this fleeting moment to last as long as possible. There was a lot of angry beeping from frustrated drivers, while I, in contrast, was secretly thrilled about the strike. I never thought that traffic could be so erotic.

When we approached La Défense, the business district where our office was located, I couldn’t help feeling disappointed that it was over. When he parked, I could feel that I was aroused. I got off the bike awkwardly and thanked him as he helped me take my helmet off. Then, we made our way to our respective desks. I was barely able to look him in the eye after having had my body rubbing up against his.

In my fantasy, I hold on tighter and tighter as I rock my pelvis towards ecstasy. I imagine a whole array of different endings and outcomes that never fail to get me off. Sometimes, I’m even the one riding the bike and he is the passenger behind me. Instead of just holding on to me for balance, I feel his hands all over my body, exploring me slowly. As I writhe on my unmade bed and increase the intensity of the vibe, I remember his penetrating gaze, his voice, how his lips barely moved when he spoke, his overall weirdness and the thought of him makes me explode every time.

Interestingly, I haven’t been on a motorbike since. But now as I prepare for my forthcoming trip to Paris, I feel a certain frisson as I imagine meeting up with Jacques again after all these years. I recall the ride of my life, and I can’t help but wonder if there will ever be another one. Only this time, without the motorbike.