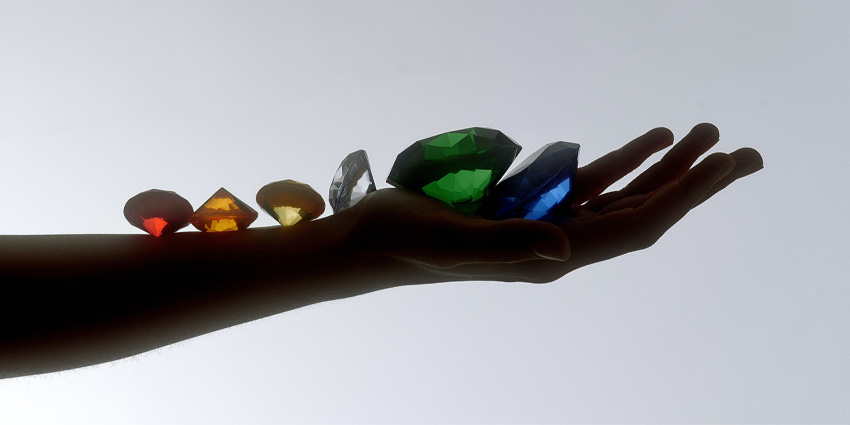 Once upon a time, a mighty King and a lovely Queen hosted a grand ball to find a suitable wife for their son, Prince Leo. The event was lavish and regaled the nobility of the land. The ladies of high esteem wore long gowns and heavy diamond necklaces. Men of renown donned their suits and sashes.

To find a wife for their son, the King and Queen allowed the young maids to introduce themselves to the prince. If the night went as hoped, the prince would find a suitable wife whom he would love and who would become a remarkable queen for the people to cherish.

The women presented themselves briefly before Prince Leo. They graciously curtsied and he nodded to each one. If he found a lady to be beautiful, he gave note to his royal valet, Gustav. Later, Gustav found each of them and brought them separately to dance late in the evening.

The King and Queen knew love was more than mere beauty though, so, for the dance, the young maidens wore opulent face masks and were forbidden to speak their name to Prince Leo. There were twelve of them.

The ladies had no allure for the prince. Some were cold. Others were weak. None of them had prowess. Except for one. The thirteenth girl who was introduced to him, aroused his curiosity. The prince and she danced and she brought him wine to sip after they had waltzed.

“Tell me who you are, if you are to be my bride,” the Prince said.

She denied him. “I cannot speak my name to you as I am in my gown and mask.”

“Then how will I ever find you?”

“I love you, but I am not to speak my name before you, for if I do, my name would become wretched throughout the kingdom.”

She offered Prince Leo a special gift. “This will be your guide. If you do not find me, the gods never meant me to be your queen, nor you, my liege.”

She placed in Prince Leo’s hand a heavy, golden piece. It was shaped like a teardrop, studded with a sparkling diamond on one end.

When she had gone, the prince called loudly for his valet. “Gustav, who was she? You are the only one who knows each of them with whom I dance.”

“I have the names of twelve damsels. There was no thirteenth girl,” he answered.

“Then she must have danced with me twice.”

“I would not allow one lady to dance with you a second time. If you were not intrigued, I dismissed her,” Gustav said.

“She told me, ‘Search for me in your kingdom. This Teardrop will be your guide to find me.’ How can I find her if I do not know what this piece is?”

“I have never seen such a decoration,” Gustav responded. “So large and studded with such a diamond that would amaze the all queens.” He noticed a transcription in the gold. “‘To the King, to the Queen, to my Prince. May all find delight in my name.’”

“What could it mean?” the prince asked.

“I will call forth the twelve maidens. When they stand before you, you must find her, the woman you love and who shared this treasure,” Gustav said.

“Go, do, as you have said,” the prince ordered.

As the valet rushed away, Prince Leo held the golden Teardrop in his hand. He decided to have the learned men of the kingdom, who were at his father’s service, study the gift.

“Men of wisdom,” Prince Leo announced, “I hold a treasure of our kingdom, but I do not understand what it is. To the one who determines its purpose, I will endow an estate of great land in our country, because you have saved our kingdom and continued my family’s dynasty.”

He then held up the Teardrop with its sparkling diamond. The men gasped at the sight of its beauty and luxury. It truly is a treasure, the men agreed.

The Teardrop was set on a purple pillow, and each man passed by and looked closely at the mysterious piece. Men studied the composite of the metal and diamond and some recalled histories of past treasures and still others whispered to spirits about the Teardrop.

When the last man had studied the possession, the prince feared he would never again find his love, the woman he wanted as his queen.

Meanwhile, Gustav brought into the castle the twelve damsels Prince Leo had danced with on that night.

“Which of you danced twice with me?” Prince Leo asked from his seat on the dais.

None of them admitted dancing with him twice. “Dancing twice or speaking a name is what we were told never to do.” Then the prince danced with each one again, but he did not find the allure he felt with that one young woman.

“Send them all away,” Prince Leo ordered Gustav.

He sat in despair, fearing his love was gone. Days later, he fell further into sullenness. The learned men returned to him with their assessments of the Teardrop and its diamond.

“The mined gold and the great diamond must be from a far-away land, because there are no such metals in our land,” the alchemists said.

“Our libraries of histories record no treasure of such beauty and wealth, neither made nor lost nor stolen,” the chroniclers answered.

“The wizards of our northern lands and soothsayers of the south could not speak assuredly about the Teardrop. The spirits that abide in the morning mists and those that dance as flames in our fires granted no answers,” the magicians confessed.

Prince Leo grew angry. “None of the wisest men in this kingdom knows what this Teardrop is! This reveals much about my father’s advisors.”

That night, Prince Leo paced the quiet hallways of the dark castle, bothered and vexed by the heavy gold piece in his hand.

A quick pitter-patter of soft feet came up behind him. Prince Leo heard a worrisome voice. “My lord, is there something amiss?”

A young servant bowed on her knees. The prince turned to acknowledge the woman. But he saw her eyes twinkle when she noticed the Teardrop.

“You know what this is!” He held out the Teardrop.

“Yes, my prince.” Her eyes did not move from the treasure.

She bowed again, stalling at meeting this demand.

“I cannot, for it is not for me to say before you of royal blood. I may fall into disrepute.”

“I command you, as your ruler, to explain away this mystery. Even this king’s wise men failed to understand it.”

She lowered prostrate before the prince. In fear, she whispered, “The Teardrop is pleasure for the woman.”

“Your words confuse. Pleasure? Demonstrate its pleasure, so I understand.” He saw that the maiden was in terrible fear. He slowly knelt before her on a knee and cupped her chin gently, raising her crystal eyes to witness his anguish. “What you speak may lead me to my queen, the one I love. For love, help me.”

She led him to a chamber. In it was a small bed, the blankets and covers changed and straightened properly and daily, even if unused, as the royal family required.

She looked at Prince Leo, faintheartedness still apparent in her dark eyes. Still, having been ordered by the prince, she turned away from him. She first let down her long blond hair, shaking it free of its knotted bun. She bent to her ankles and lifted her dress by its hem. The prince watched the dress rise. It uncovered her pale legs until her bottom was bared.

“Come close to me,” she said. She laid her chest on the bed and spread her feet wide. She then pulled open her backside. What appeared was her tautness that looked like the sun and its rays shinning directly from the center.

“Touch the Teardrop to me, my prince.” She guided him.

Prince Leo placed the cherished treasure of the kingdom to her. The maiden hissed at the first touch. “Press it into me. Do not be concerned with my pangs.”

He did as was told. The woman arched her back and strained from the pressure. Her brow crimped and eased with the pulsations.

“My god,” she huffed, gritting her teeth, “I have missed this.”

She stretched herself wider, giving better access to the prince. He saw her intimate lips part slowly. Their wetness was obvious, glistening.

“Yes!” she shouted. “My prince, you are giving me what I have desired since…” She didn’t finish but suddenly wailed, wildly. The Teardrop had entered her fully, leaving only the diamond sparkling in the dim lights of the bedchamber.

She exhaled. Her hands still gripped the bed covering. Taking in soft breathes, she whispered, “At last.”

Then she stood upright and strode to Prince Leo. He beheld that her face had eased to a contented smile and her eyes were silvery. Even more, he then recognized she was the woman with whom he had danced.

“My queen, my love!” Prince Leo shouted in his excitement. “I sought you, and you found me.”

“My liege, my king.” They kissed and she placed her face against this shoulder and he stroked her blond locks.

“The Teardrop, how did you come to possess it?”

“I was chosen as your queen many years ago. I have worn it and pleased myself with it until I gave it to you.”

Soon, the couple was wed. Unseen and unbeknownst by anyone, underneath her long, silk bridal gown and train, the diamond glowed brightly, inside of her.