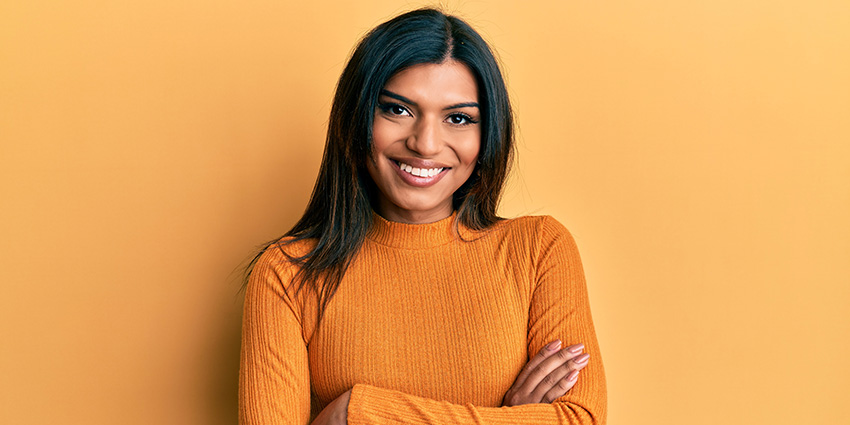 Why Do Some Trans People Decide to De-Transition?

If you’ve decided to read this article, the chances that you know what what the term ‘transgender’ is, are high. But just for good measure:

Transgender is a general term that describes people whose gender identity (sense of themselves), or their internal sense of being male, female, or something else, does not match the sex they were assigned at birth.

To de-transition means that one has already transitioned but then returns to live as their gender assigned to their birth sex.

Conversely, cisgender is a term used to describe those whose gender identity aligns with the sex they were assigned at birth.

And while a study shows that, on average, around 97 percent of those who have transitioned are happy, there is a small percentage of those who de-transition for a number of reasons.

Things such as not receiving support at home, or experiencing harassment or discrimination at their workplace or in society had a huge impact on those who decided to detransition.

The other 10 percent revealed that they de-transitioned because they wanted to explore different gender identities, had unrelated health issues, or they experienced financial difficulties. And, of the total of participants, 0.4 percent decided that transitioning was not right for them.

We’ll take a closer look at why some trans individuals choose to detransition in a moment, but firstly, let’s take a look at gender dysphoria.

What is Gender Dysphoria?

Gender dysphoria is when someone feels a senses of unease because their gender identity and their biological sex doesn’t allign.

Experiencing gender dysphoria can be extremely harmful, stirring up feelings of depression and anxiety, leading to a harmful impact on one’s daily life.

Early-onset gender dysphoria typically manifests in early childhood. It is when a child shows a strong interest in things such as clothing, toys, and behaviours that have been marketed and socially ‘acceptable’ for the opposite sex.

It could also manifest in a child forming friendships predominantly or solely with those of the opposite sex, while other young children have same-sex friendships.

A 2020 study by researcher, urologist, and director of the Cedars-Sinai Transgender Surgery and Health Programme, Maurice Garcia, MD, found that most early-onset gender dysphoria occurs around the age of seven.

Late-onset gender dysphoria occurs at puberty or later, but does not particularly mean that one had not had any inclinations towards gender dysphoria prior to this time. For example, a child may have resisted the urge of gender nonconformity until adolescence.

Interestingly, almost all cases of late-onset gender dysphoria involved those who were assigned male at birth.

What is Rapid-Onset Gender Dysphoria?

Rapid-onset gender dysphoria is when one suddenly feels discomfort with their assigned gender and sex.

This kind of gender dysphoria is actually more common than one might think. In fact, a 2019 study conducted on parents showed that about 80 percent of their children (with a mean age of around 15 to 17) had announced their transgender identify “out of the blue”.

Sadly, rapid-onset gender dysphoria was linked to mental health issues, as well as a worsening of relationships between parent and child. It was also linked to more isolation, and a distrust of non-transgender resources.

Specific Reasons Why Some Trans People Want to De-Transition

Then, five percent and below de-transitioned because they experienced pressure from religious groups, had financial or medical reasons, they felt as though their transition didn’t reflect the complexity of their gender identity, and/or they felt gender transition was not right for them.

To face the most common reason for those who de-transition, pressure from their parents, we encourage parents to realise that when their children explore their gender identity, it is a healthy and important development.

Supporting them, especially younger children, can be as easy as simply reading more literature, and looking out for them them in a caring manner if they want to experiment with, and make changes, in the realm of social transition.

This is, allowing them to dress and behave in a way that comes naturally to them. This will give them a safe space to decide whether medical transitioning is right for them or not.

Is the Medical Community Failing Those Who De-Transition?

A 2021 forum showed that around one percent of transgender people regret having gender-affirmation surgery. It leaves us to ponder: are people not de-transitioning because they’re not supported by the medical community, or are they simply too ashamed to do so?

Well, looking at the former, an interesting article published on WebMD wrote of how those who de-transitioned (or wanted to de-transition) were supported (or not) by medical professionals.

The advisor of the meeting, Stella O’Malley, psychotherapist, spoke of this by saying, “This is a minority within a minority.” She said that too many people were dismissing the stories of detransitioners, and that detransitioners have been “undermined and dismissed”.

And while this forum was not a scientific study but rather a forum for professionals, it was noted that little to no studies have actually been conducted on detransitioning.

It was also noted that those in the transgender community felt a lot of fear, guilt, and struggles when they wanted to detransition.

“It’s embarrassing and you feel ashamed and guilty,” says Sinead Watson, an individual who detransitioned. She continued to say that many professionals, such as doctors and therapists, often don’t listen to their patients when it comes to detransitioning.

“They just didn’t want to speak about detransition and it was like a kick in the stomach,” she said, after having visited a therapist.

Another attendee of the forum, Carol, even went as far as to say, “I would tell somebody to not go to a therapist.”

In other words, the forum concluded that, with transition regret on the rise, there needs to be professionals who are prepared so that there is a level of trust and support.

With that, it’s important for everyone—parents, friends, family members, institutions, and professionals—to be more supportive and to get educated on things such as gender dysphoria, transitioning, and detransitioning.

The lack of support seems to be a huge reason as to why some don’t ever transition or detransition, and this is ultimately not allowing one to be their authentic self and live their truth.