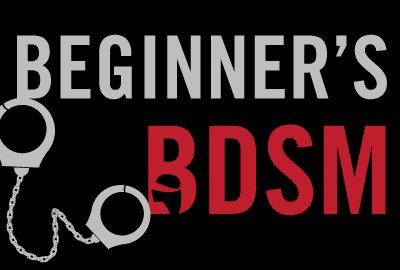 Over the past decade there have been a handful of books that have powerfully and positively nudged women out of their comfort zones and into the mysterious unknown. The most recent and racy of the bunch, 50 Shades of Grey, has given even the globe’s most reserved women the courage to explore their previously dormant or formerly perceived taboo, innermost fantasies.

Whether the following stats correlate with the popularity of 50 Shades is anyone’s guess, but let’s take a look at the five accessories that saw the greatest jump in sales this year, with the lowdown on each one.

Contrary to popular belief, a whip’s purpose is to deliver a light stinging sensation coupled with a naughty sound, not extreme pain. A whip signifies control, making its holder the dominant one during sex. While the degree of sensation delivered is up to you and your partner, most whip-play is light and, when paired with other forms of verbal and non-verbal communication, adds a risky, frisky touch to foreplay and intercourse.

When the pleasure of foreplay and intercourse become too intense, it’s not uncommon for us to grab our partners hand or wrist or squirm our hips, even though the passionate sensations are exactly what our body desires. Being handcuffed forces our bodies to do what our minds want them to do—nothing. Light bondage leaves our bodies with no other option than to fully enjoy the intensity of sex.

Also commonly known as Geisha Balls or LELO Beads, Ben Wa Balls are one of life’s rare entities that give us pleasure while simultaneously bringing us to peak intimate health. In addition to increasing the strength of your pelvic floor muscles, LELO Beads promote pleasurable, internal vibrations simply by reacting to your body’s natural movements.