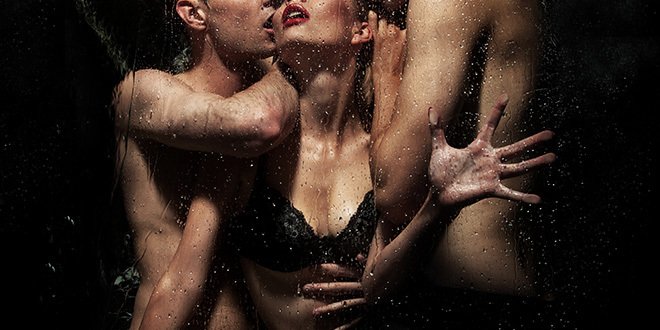 So you’ve been invited to your first sex party. Whether it was through a very well-connected new friend or by random luck, you have the opportunity to attend something most people only fantasize about. We’re sure you’re excited but we’re willing to bet you’re also just a little bit nervous. In fact, getting the invitation might seem like it was the easy part compared to anxiety about how to conduct yourself. Since sex party etiquette isn’t common knowledge, we went ahead and got 5 of the most important tips from someone who has actually attended a sex party.

Get Your Sexy Right

It’s inarguable that confidence is sexy, and while you might feel like your confidence will be in short supply once you enter a room full of sexy people, we offer another truth: you can fake it ‘til you make it. Looking sexy will make you feel more confident than you may actually be, so go ahead and find yourself an outfit that will make you look and feel amazing, no matter how many layers of it you may actually have on.

Unsure what kind of sexy you should shoot for? It can be hard, we know. You don’t want to show up in leather and fishnets to find everyone in 1920’s inspired silk and feathers. The best policy when attending any event, sex-themed or not, is to just ask the host what the dress code is. Guaranteed, you won’t be the only person asking.

Also, make sure to confirm with the host that there will be a place to change. Most won’t expect you to show up in outfit, and makes sure you won’t run into any embarrassing situations on the way there.

While you’re contacting the host, you should also be asking them for the rules of the party. While many might picture a sex party to be a free-for-all bacchanal, any event worth attending will have some clear guidelines for behavior.

They’ll vary from party to party, but most will require that you only engage in barrier-protected sex, and often men will be prohibited from initiating contact with women. However, if you’re a woman, that doesn’t mean you don’t need to brush up on your consent-knowledge. Whether you’re looking to play with men or women, you can’t assume that someone’s presence at a sexy party means they are willing to do everything with anyone. Some people might be attending with a partner with whom they are only allowed to do things together, or might only be allowed to watch. Or maybe they just plain aren’t interested in what you’re suggesting.

A ‘no,’ or even an uncomfortable reciprocation, means you should smile, say ‘I understand’ and move along to someone else. Behaving with anything less than class in this situation is a good way to get blackballed from future events.

Set Your Boundaries (But Open Your Mind)

Just because you’re being mindful of other people’s boundaries doesn’t mean you should forget about your own. While you are probably already going to be operating somewhat out of your comfort zone (which can be a good thing) that doesn’t mean you have to go along with anything that’ suggested.

Have a clear idea of the following: what you want to experience, what you would be ok with experiencing, and what you definitely don’t want to experience. Your aspirations for pleasure should be most important (within reason) and if the crowd is a good one, people will be respectful of your hard no’s. That being said, this is a perfect opportunity to try something new, so be prepared to let yourself relax certain boundaries if you become more comfortable.

Now, while it’s very important to communicate those desires and limits to the other guests, we actually just mean regular conversation making. You’re at a party with a group of (presumably) sexually open people who probably are pretty interesting in general. You’ll never know when you’ll meet someone you’re genuinely interested in getting to know (biblically or otherwise) unless you’re willing to strike up a conversation with a stranger. Even if they aren’t terribly interesting people (and not everyone who goes to an orgy is) it can help break the ice to just treat it as a regular party. Chat, mingle, work the room; if you’re looking to get another invitation, making an impression will help.

Now, this seems easier said than done, but something to keep in mind is that any kind of party can make some people anxious, but a lot of those same people find that once they jump in with both feet, they end up having a good time.

Whether you generally find yourself anxious in new social situations, or it’s the preconceived notion that everyone at this party will be a beautiful sex nymph, remember that there are other people who are going to be just as nervous as you are. Sure, some people might have a snobbier ‘oh, this is only your first time?’ attitude, but those aren’t the kind of people you want to get involved with at any organized activity.

The best people at a sexy party, or any party, are welcoming and willing to have a chat and a laugh. By presenting a relaxed demeanor, you’ll put other people at ease and make them want to be around you, whether it’s their first time or their 50th.

We hope these tips have assuaged some of your nerves, but we know even the best sex advice won’t totally prepare you for your first sex party. Hey, that’s part of the excitement surrounding new experience! Just remember that everyone is going to be a bit nervous, but everyone is also just looking to have a good time, so relax and enjoy yourself!
[related_article id=”279″ size=”full” target=”_blank”]