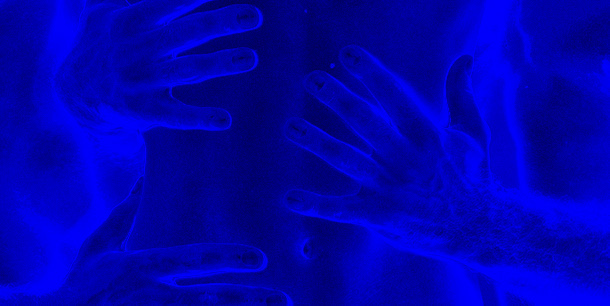 Why Is Cuckolding a Popular Fantasy

Women have had a hard time of things when it comes to cheating, culturally speaking. In most of the societies mentioned in the Old Testament, it is very literally carved in stone that a man can take many wives, but if any of them cheat on him, there is a list of punishments too horrendous to list here that he’s entitled to carry out.

Why, then, have fantasies and pornographic material of cuckolding suddenly become so wildly popular?

It’s somehow counterintuitive to think of something being so stigmatised but so prevalent at the same time. It’s so common that if it wasn’t so private I suspect it would be considered normal, and that should bring some relief to the countless men on internet message boards asking questions like “is fantasising about cuckolding normal?” and “Is it weird that I want to watch my wife with another man?”

It’s not weird, and it is normal. So what is it that drives these seemingly unorthodox desires?

Their wife as an object of sex has an appeal for a vast number of men, and particularly attractive is the thought of someone having sex with here without abandon, without control, cementing her as a purely sexual entity, desired by many, but, when all is said and done, still belonging to him. In this mindset, the fantasy of his wife being lusted after by other virile men, perhaps more virile than him, bestows a kind of power on him over those men.

It’s almost like showing off. To men who fall into this category, the thought of passing his wife round to another man, or men, is like handing the keys to his new Ferrari to another for a test drive in the knowledge that the man could never have it for himself.

This is far from a progressive and commendable attitude, of course, but I suspect it’s true in at least some cases. Similarly true is the waning of desire within a marriage. The clinical psychologist Leon Seltzer Ph.D puts it like this:

“…once a romantic relationship has been domesticated, much of its original luster may have become tarnished. So if, through fantasy, a man succeeds in imagining his wife as a passionate, two-dimensional sex object, such a manner of “un-domesticating” her can restore some of the “shimmering lust” now possibly missing for him.”

My Wife Is In Control Of Her Own Sexuality

Couples who indulge their cuckolding fantasies are often firmly feminist and progressive in their attitudes. Some cuckolds enthusiastically embrace their wives’ rights to express their sexuality with other men, and take a ‘her sexiness is sexy’ approach. It’s a turn-on for these men to have an empowered, sexually liberated, and assertive wife.

It’s The Wrongness That’s So Right

It seems to go against the conventional grain for a man to sexualise and be turned on by the thought of another male having sex with his wife or, perhaps worse yet, offering her for another’s pleasure. Traditionally, such a man would be humiliated, or ostracised. Why should he then create a fantasy in which that very thing happened? In short, because the creation of a fantasy is ownership of it. However scandalous or taboo, to invent a sexual scenario is to exert a kind of mastery over it.

Such a viewpoint is obviously repulsive, but it can work the other way too, in which it’s the men themselves getting off on being degraded by watching his wife with ‘better’ men. This opens the door to all manner of psychoanalysis which I’m not qualified to talk about. Nonetheless, it’s worth including.

Cuckoldry is a swirling mass of fascinating complexity that seems to include and incorporate any number of different kinks and fetishes all at the same time. We are complicated creatures when it comes to sex, and cuckolding is just one of the manifold ways we express our constantly evolving sexualities.